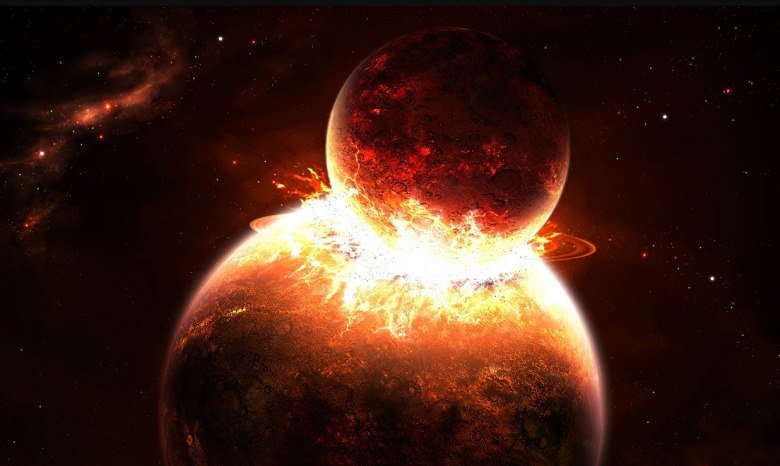 Mysterious fragments floating in the mantle of our planet could be the remains of the mantle of the ancient planet Theia, a collision with which led to the appearance of the Moon.

These fragments – according to the scientific journal Science Alert – are one of the largest and strangest structures on Earth: huge and mysterious lumps of dense rock, hidden deep in the lowest parts of our planet’s mantle.

The two giant masses include the so-called large areas with low shear velocities (LLSVP), one of which was buried under Africa and the other under the Pacific Ocean. These anomalies are so huge that they give rise to their own deviations.

For example, a phenomenon as large as the South Atlantic anomaly, which currently weakens the Earth’s magnetic field. As to how and why LLSVPs originated in the mantle in this way, experts have many ideas, but little hard evidence.

These giant fragments have been around for a long time, and many scientists believe they may have been part of the Earth before the giant impact of the Moon, the ancient traces of Earth’s collision with the hypothetical planet Theia. 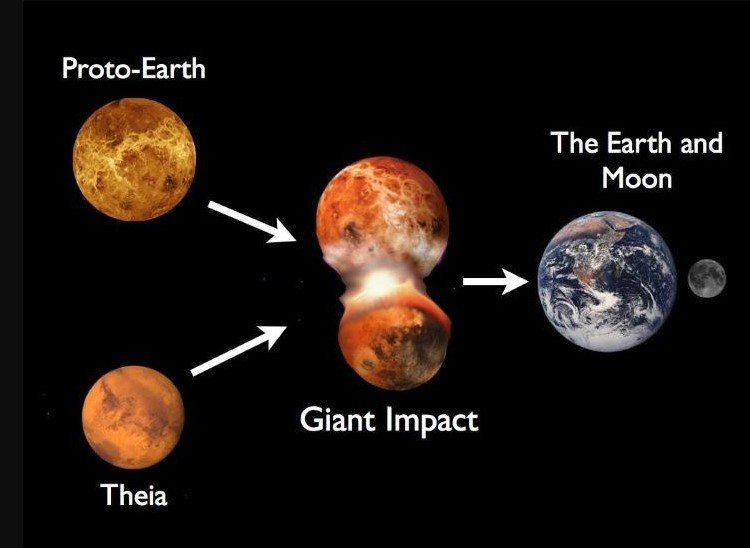 According to this hypothesis, Theia, the size of Mars, collided with the Earth about 4.5 billion years ago, and a huge chunk of Theia and / or perhaps the Earth broke off and became the Moon we know today. As for the rest of Theia, the scientists don’t know what happened to her. Was it destroyed or did it just fly into space? Unknown.

Some researchers have suggested that the nuclei of these two primary planets may have merged into one and that the chemical exchanges caused by this epic merger allowed life itself to thrive in this newly created world.

According to a new simulation conducted by researchers at the University of Arizona (ASU), LLSVPs could be ancient fragments of the iron-rich, dense Theia mantle. She dived deep into the Earth’s mantle when the two worlds merged and was buried there for a billion years.

“The lunar impact model is one of the most studied, but direct evidence of Theia’s existence remains unclear. Theia’s mantle may be denser than several percentages of the earth’s mantle. This allows materials from Theia’s mantle to sink to the lowest part of the thermochemical clusters of the Earth’s mantle which can cause LLSVP,” the researchers explain, led by seismologist Qian Yuan of Arizona State University.”

Although there have been suggestions for many years that LLSVPs may be an alien “surprise” given by Theia, the new study provides the most formulated explanation. 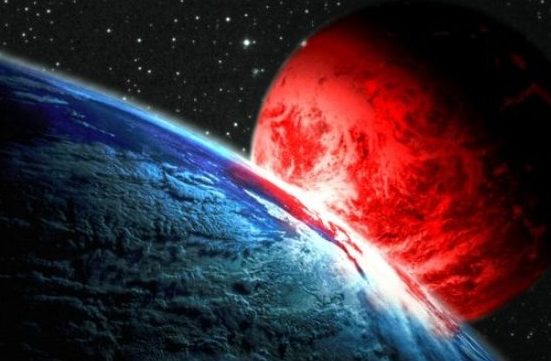 However, the origin of LLSVP is not limited only to Theia: the antiquity of the Earth may in general be a planetary graveyard. Scientists recently discovered several small pockets of ultra-dense rock deep within the mantle that don’t quite match the surrounding material.

Jennifer Jenkins, a seismologist at Durham University, has suggested that these rocks are remnants of other extraterrestrial worlds. If Jenkins’ theory is correct, Theia may not be the only alien world buried underground. The young solar system was extremely chaotic. Debris continued to crash into the growing planets, while larger celestial bodies called planetesimals occasionally destroyed the nascent worlds.

Therefore, the early Earth was likely the victim of numerous catastrophic collisions, and many of the objects that collided with it are currently buried in its mantle.

Since time immemorial, people have believed that there is another world just below the surface of our planet. For some cultures it is a dark place filled with the souls of the dead. But most of these early beliefs were of metaphorical or mythological origin.

The scientific community maintains that Earth is an unbroken series of layers, crusts, and liquid magma surrounding a dense, hot core made primarily of iron and nickel. But not everyone is convinced.

In the 17th century, some of the leading scientific minds of the time came up with a new theory: that the planet is actually empty. This idea has proven incredibly durable. Even today, there is a small group of believers from the so-called Hollow Earth trying to spread their ideas through extremely ambitious books, websites, conferences, and travel.

However, what was thought to be simply myths and legends could be completely real. Scientists have confirmed that huge fragments of an alien world could be deep within the surface of our planet.

The Theia theory findings are currently under review, before their future publication in the scientific journal Geophysical Research Letters. But what is clear is that this new study proves once and for all that there is Hollow Earth.

The truth is that there is a growing community of people convinced that there is another civilization in the depths of the Earth, where a race of aliens inhabits. They even say that UFOs come from the interior of the earth, sent from highly evolved tribes to follow our evolution.

However, one of the most controversial accounts of the inhabitants of the inner Earth is that published in 1945 by Amazing Stories magazine. It related the story of Richard Shaver, who claimed to have been taken in by a secret civilization. Although few really believed the story and many said that Shaver had mental problems, he always insisted that his story was true. He argued that the Elder Race, or Titans, came to this planet from another solar system in the prehistoric past.

After living on the surface for a while, they realized that the sun was aging them prematurely, so they escaped underground, building huge underground complexes in which to live. Finally, they decided to search for a new home on a new planet, evacuating Earth and leaving behind its underground cities populated by mutated beings.

Despite the enormous popularity of the Shaver Mystery, the location of the entrance to this underworld was never revealed. But 76 years later, its surprising history seems to coincide with the new study, which reveals that there are rocks from another planet inside our planet.

Will we ever know the truth? Where are the entrances to the Hollow Earth?

In this article:hollow earth, planet Theia