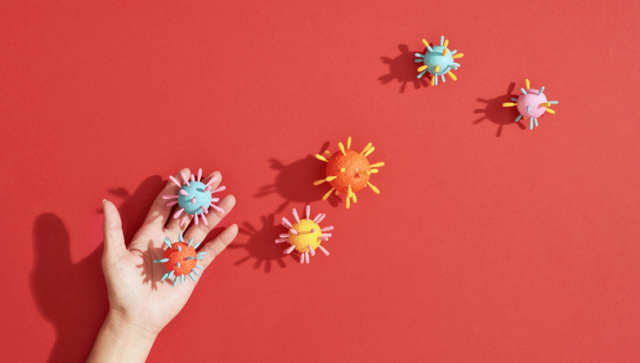 The race to understand the coronavirus, also known as SARS-CoV-2, and the way in which it behaves continues to develop. The more information we can collect about this, the better the results of our efforts to eradicate it.

Recently, the WHO has declared that the virus is much more deadly than previously thought. Therefore, efforts to find ways to overcome it have increased.

Likewise, the interest in those who have managed to overcome it has also become more marked. It is believed that at least those who manage to recover from COVID-19 develop a little resistance to it.

In general, overcoming a disease implies that the body has created antibodies that make it immune to the virus that causes it for a time. But, there is still a lot that is not known about COVID-19 and the way it acts on the body. Because of this, science even today wonders if actually surviving the disease produces some kind of immunity to it.

Not all diseases produce the same immune system response 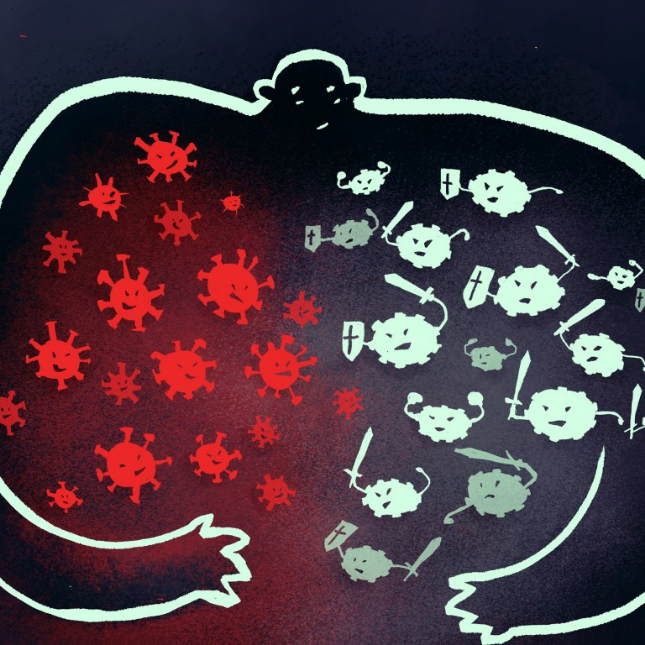 One of the main points to take into account in order to answer this question is that the body’s reactions vary according to the type of virus that attacks it. For example, in the case of measles, it is known that the antibodies created by the immune system will last a lifetime.

This is because the body “remembers” the elements that previously threatened it and keeps within its repertoire the tools (antibodies) that helped it fight them. However, the memory that the organism keeps of these is not always maintained throughout life.

For example, in the case of another type of coronavirus and close relative of the current one, SARS, it was seen that the average antibodies remained in the body for three years. After that, the person was again highly vulnerable to the spread of the disease.

The SARS vaccine came just a year after the epidemic broke out in 2002. That is why those who had already been infected once were not in danger of suffering the consequences of a second outbreak.

Now, eyes are on COVID-19 and those who survived it. Since the way in which they develop in the coming months could give us key information about the coronavirus and its relationship with our antibodies. Thus, we will be able to know if the possible immunity can become for life or if it will only be temporary.

After having COVID-19, is it possible to get infected again?

In the world, some worrying cases have been generated of individuals who, after having given negative results in the COVID-19 tests, after a few weeks came back positive in the tests. This has led some scientists to believe that, in reality, the body does not necessarily develop the necessary antibodies to defend itself from the disease once it leaves the body.

However, the debate remains open on this issue. Some theorize that these situations have occurred due to errors in coronavirus tests, since these, due to their novelty, are still prone to errors.

On the other hand, others suggest that this “relapse” may be due to a rebound in the disease. That is to say, in reality, it possibly never completely left its host, but rather reduced its concentration levels – so it could have been overlooked in tests – or was still at rest, as if it were cases. asymptomatic.

As we have already said, it is not yet known with certainty whether these cases have originated from a return of the disease or from an error in its detection. In either case, the news would not be as promising. The first would indicate that neither those who have already overcome the disease are safe from it. Then, the second that it can remain in the body for many more weeks than previously thought and, therefore, the person is a possible source of contagion for a longer time.

The recurring debate of the “Herd Immunity”

Herd immunity has been mentioned many times since it was learned that England could have considered it as an option to deal with COVID-19. This idea was quickly discarded since applying it would put millions of lives at risk.

In addition, subsequent analyzes have made it clear that using it could be more harmful than advantageous. As if that were not enough, if this new dilemma is added to these perceptions regarding the possibility or not of being immune, we realize that this system has everything to lose against this disease.

Since its arrival, the coronavirus has been giving us surprises. Its contagion capacities, its speed, its resistance and its lethality have been greater than imagined. So, until now, the facts tell us about a virus that does not usually go hand in hand with the knowledge we already have regarding virology and epidemics.

Does overcoming the coronavirus give you immunity?

This is the question of the moment and sadly, you still don’t have an exact answer. Indeed, it has been detected that, after suffering the disease, the survivor’s organism has new antibodies designed to face the virus.

But, it has not been possible to verify in what quantities these are efficient and under what concentrations they cannot face the threats. It is also not completely clear how efficient they would be in suffering a new attack from the virus.

As if that were not enough, it is still necessary to carry out studies to know how long the body remembers the virus and can defend itself from it. In addition to the above, there are also doubts about whether the patient’s age influences the strength of the antibody or whether they are more efficient in dealing with mild or severe cases of the coronavirus.

As it is possible to observe, there are many more unknowns than the answers that we have so far. However, among all these doubts there is a third possibility that tells us about another probable scenario that we have not considered.

An unexpected panorama and a worrying possibility 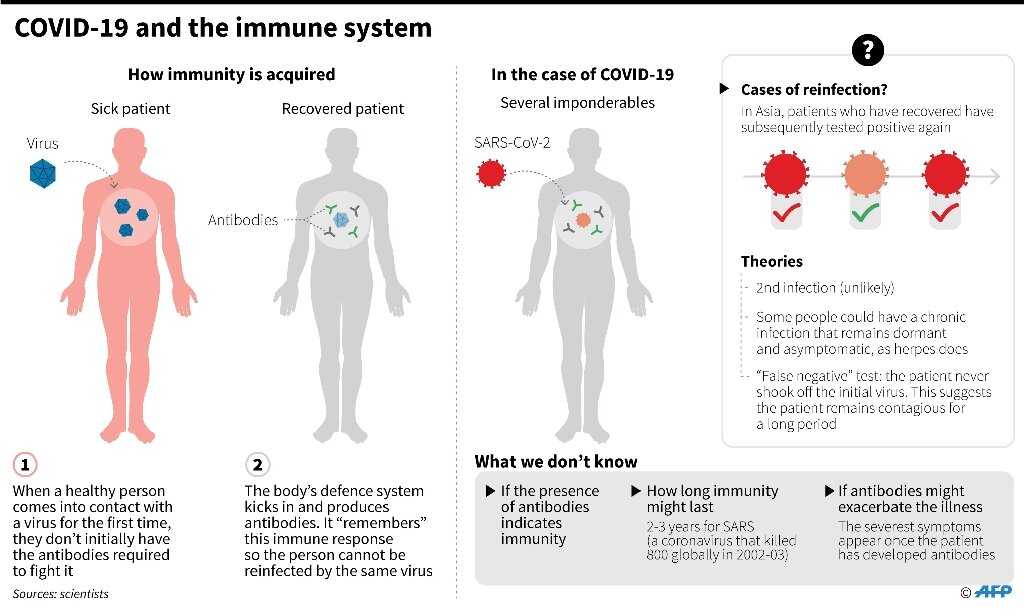 As time passes, it has been possible to observe that the body increases the amount of antibodies as the symptoms of the disease become more severe. Indeed, this may be a normal reaction in which more antibodies are required to knock back the infected cells.

But what if it was overproduction of these that caused the symptoms of COVID-19 to worsen? This question also has no answer yet, but the world of science is already beginning to think of ways to answer it.

For now, scientists believe it is too early to draw conclusions. Any study launched within this immediate season will have a major flaw: lack of time. They believe that, in the coming months, there could be an opportunity for the tests to be refined, the data obtained to be polished and, therefore, the studies may have a firmer basis on which to work.

In any case, until now, the only unanimous conclusion is that the most appropriate and definitive means of dealing with the coronavirus remains a vaccine. Many countries are already working on it and testing to discover the perfect combination. So perhaps by the end of this year or the beginning of the next we can hear favorable news about it.