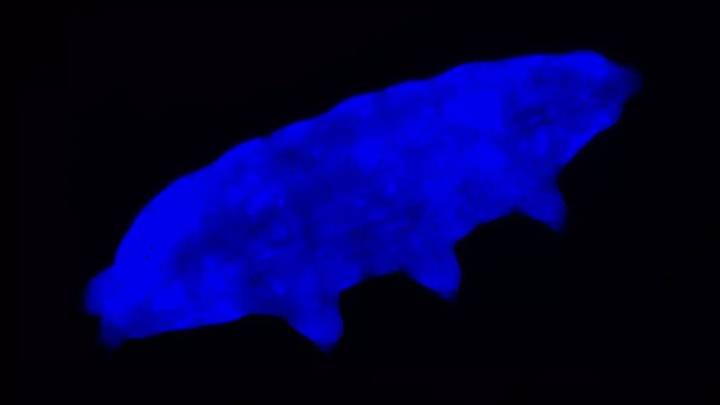 Scientists have found another surprising feature that makes these adorable creatures almost indestructible.

Chubby tardigrades – also called water bears – are known for their toughness, capable of withstanding heat, cold, and extreme pressure, as well as the vacuum of outer space. Additionally, they survive radiation levels that would kill other life forms. Now scientists have found new evidence for the latter.

Tardigrade experiments of the genus Paramacrobiotus, revealed a fluorescence that appears to shield them like a layer of sunscreen, transforming harmful ultraviolet (UV) rays into harmless blue light, according to a new study published.

Biofluorescence gives various creatures a glowing countenance. This differs from bioluminescence, which is ignited through chemical reactions between compounds in the animal’s body, commonly triggered by an enzyme called luciferase – as responsible for the “light magic” of fireflies.

But in fluorescent animals, their glow – usually red or green – is not the result of a chemical reaction. Instead, fluorescence is generated when molecules within the creatures’ cells absorb light particles, or photons, from invisible UV rays and low-energy light at longer wavelengths. There are turtles, frogs, chameleons, jellyfish, scorpions, parrots, and nematodes with this characteristic. And, according to the recent study led by Sandeep M. Eswarappa, from the Department of Biochemistry at the Institute of Science in Bangalore, also tardigrades.

However, little is known about how tardigrades use this glow. For the new research, the authors wondered if the fluorescence in the tiny water bears might be related to their tolerance to radiation.

The scientists tested UV resistance in two species of tardigrades: the Paramacrobiotus and the Hypslbius pattern. To do this, both were exposed to 15 minutes of radiation at levels high enough to kill most of the known microorganisms. 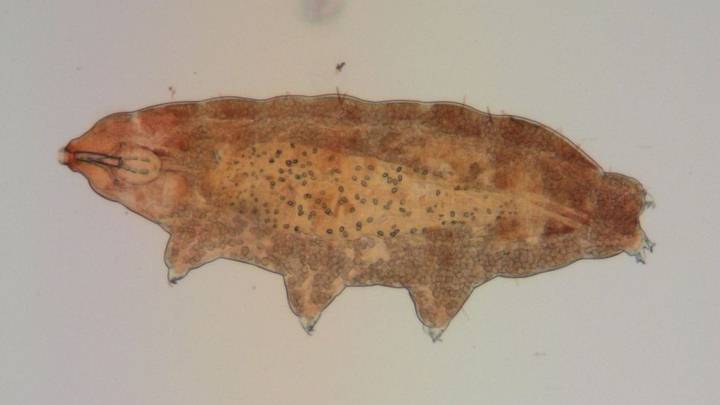 As a result, the scientists observed that the test tubes with the Paramacrobiotus they glowed with a fluorescent light, the animals surviving up to 30 days after germicidal exposure. Instead, H. pattern they died within 24 hours.

“There was no difference in the survival of these two species of tardigrades when they were not treated with UV radiation,” Eswarappa commented.

The researchers then extracted the fluorescent components from the Paramacrobiotus and applied them to H. pattern already a nematode named Caenorhabditis elegans —That was also part of the experiment. “Given this, both species showed a partial tolerance to UV radiation,” they reported.

“It was natural to think then that both phenomena were connected,” added Eswarappa.

Previous research had already shown that biofluorescence could offer UV protection to certain types of corals, and researchers looking for extraterrestrial life suggest that this feature could help organisms evolve and survive on distant worlds orbiting red dwarf stars – which emit more radiation. UV than our sun — potentially populating planets with many luminous creatures.

For glowing Earth tardigrades, fluorescence could increase their chances of survival in habitats where they are often exposed to the sun.

“UV resistance provides these bears with water with the ability to thrive in environments with high levels of this radiation, such as tropical regions”, Eswarappa concluded.

The findings were published in the specialized journal Biology Letters.

In this article:Tardigrades, UV Radiation