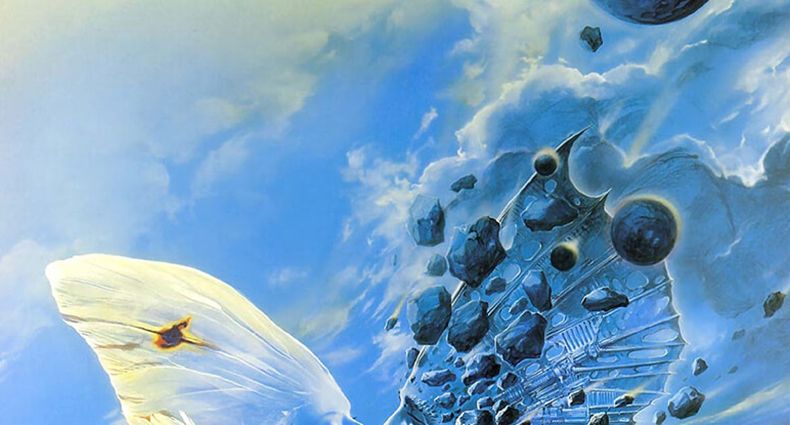 Dr. Joe Dispenza was one of the first who began to study the influence of consciousness on reality from a scientific point of view. His theory of the relationship between matter and consciousness brought him world fame after the release of the documentary “We Know What the Signal Does.”

A key discovery made by Joe Dispensa is that the brain does not distinguish between physical and mental experiences. In general terms, the cells of the “gray matter” do not distinguish absolutely between the real, that is, material, the imaginary, that is, the thoughts.

Few people know that the doctor’s research in the field of consciousness and neurophysiology began with a tragic experience. After Joe Dispenza was hit by a car, doctors suggested that he hold the damaged vertebrae with an implant, which could subsequently cause lifelong pain. Only in this way, according to the doctors, could he walk again. But Dispenza decided to stop taking traditional medicine and restore his health with the power of thought. After only 9 months of therapy, Dispenza was able to walk again. This was the impetus for the study of the possibilities of consciousness.

The first step in this direction was communication with people who experienced the “spontaneous remission” experience. This is spontaneous and impossible from the point of view of doctors who cure a person of a serious illness without the use of traditional treatment. During the survey, Dispenza discovered that all people who went through a similar experience were convinced that thought is primary in relation to matter and that it can cure any disease.

Dr. Dispenza’s theory states that every time we experience some kind of experience, we “fire” a large number of neurons in our brain, which in turn affects our physical condition. It is the phenomenal power of consciousness, due to the ability to concentrate, that creates the so-called synaptic connections, connections between neurons. Repeated experiences (situations, thoughts, feelings) create stable neural connections called neural networks. Each network is, in fact, a certain memory, on the basis of which our body in the future reacts to similar objects and situations.

According to Dispensa, all our past is “registered” in the neural networks of the brain, which form the way we perceive and feel the world as a whole and its specific objects in particular. Therefore, it only seems to us that our reactions are spontaneous. In fact, most of them are programmed with stable neural connections.

Each object (stimulus) activates one or another neural network, which in turn causes a set of certain chemical reactions in the body. These chemical reactions make us act or feel in a certain way: run or freeze in place, make us happy or angry, get excited or fall into apathy, etc. All of our emotional reactions are nothing more than the result of chemical processes caused by established processes. neural networks, and are based on past experiences. In other words,

The basic rule of neurophysiology is:

the nerves that are used together are connected.

This means that neural networks are formed as a result of repetition and consolidation of experience. If the experiment is not replicated for a long time, the neural networks are disrupted. Thus, a habit is formed as a result of regularly “pressing” buttons on the same neural network. This is how automatic reactions and conditioned reflexes are formed: You have not yet had time to think and realize what is happening, and your body is already reacting in a certain way …

Our character, our habits, our personality are just a set of stable neural networks that we can weaken or strengthen at any time thanks to a conscious perception of reality! By consciously and selectively focusing on what we want to achieve, we are creating new neural networks.

… Previously, scientists believed that the brain is static, but studies by neurophysiologists show that absolutely every smallest experience produces billions and billions of neural changes that affect the body as a whole. In his book “The Evolution of Our Brains, The Science of Changing Our Consciousness,” Joe Dispenza asks a logical question: If we use our thinking to cause certain negative states in the body, will this abnormal state eventually become the norm?

Dispenza conducted a special experiment to confirm the capabilities of our consciousness. People in the same group pressed the spring mechanism daily with the same finger for one hour. People in another group just had to imagine they were clicking. As a result, the fingers of the people in the first group were strengthened by 30%, and in the second, by 22%.

Such influence of purely mental practice on physical parameters is the result of the functioning of neural networks. So Joe Dispenza showed that for the brain and neurons there is no difference between real and mental experience. So if we pay attention to negative thoughts, our brain perceives them as a reality and causes corresponding changes in the body. For example, illness, fear, depression, a wave of aggression, etc.

Another conclusion of Dispenza’s research concerns our emotions. Stable neural networks form unconscious patterns of emotional behavior, that is, a tendency to some form of emotional response. This in turn leads to a repeated experience in life. We step on the same rake just because we don’t realize the reason for its appearance! But the reason is simple: each emotion is “felt” due to the release of a certain set of chemicals in the body, and our body simply becomes somewhat “dependent” on these chemical combinations. Having realized this dependency as a physiological dependency on chemicals, we can get rid of it. Only a conscious approach is needed.

Of course, despite Dispenza’s studies, official science is suspicious of his claims. But why wait for the official approval of scientific minds, if now the results of these discoveries can be applied in practice? The main thing is to realize that thought is capable of changing the physical world.

In this article:consciousness, Joe Dispensa