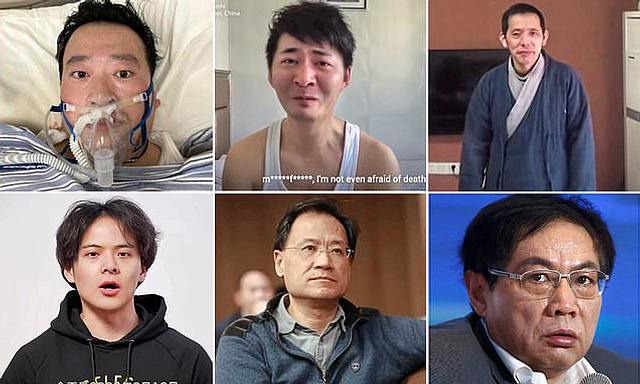 Increasingly, fact-checkers point out at how false information is tinged with worrying hints of reality. The world is currently asking China for explanations and accusing it of covering up both the true origin and magnitude of the coronavirus outbreak in Wuhan. The few voices that initially dared to denounce this fact were silenced by the Beijing government. Here are some cases.

The dreaded knock was heard at nightfall at the door of businessman Fang Bin. Outside were two men dressed in hazmat suits, who said they were coming to take him to a medical quarantine. But the textile merchant, a man in his 40s, was not ill and the individuals outside his Wuhan apartment did not look like doctors… They were police officers confronting a threat to the Chinese Communist Party: ordinary people who had exposed the truth about the outbreak. infectious and refused to keep quiet.

Mr. Fang’s “crime” was publishing a video he had filmed of people dying from the virus and bodies in bags piled on the outskirts of a clearly collapsed hospital, a fact that opposed the official narrative claiming to have the virus low control. The video was viewed 200,000 times before being downloaded by government censors.

When the businessman asked to see a search warrant by the officers at his door, they forced entry to the apartment and took him to question him, ordering him to stop his activity of spreading “rumors” about the virus and confiscating his computer. In the morning hours, he was released.

A week later, on February 9, Mr. Fang published another video, this time showing a message that read: «Citizens resist. Power to the people ». The police returned to look for him and since then nothing has been known about him.

Fang Bin, normally a reserved man, was an unlikely martyr. However, moved by the wrath of unimaginable terror of what was happening in his hometown, he became one of the “missing” snitches for exposing the true nature of COVID-19.

This Sunday, the British newspaper Daily Mail He has presented another investigation where he exposes the Chinese regime’s orchestrated campaign to prevent his people from even discussing the infectious outbreak. Among the highlights are the following:

These measures began with reprimands against Dr. Li Wenliang, 34, and seven other doctors who sent messages to colleagues in late December 2019. They warned about the detection of a SARS-like illness at Wuhan Central Hospital, recommending the protection with relevant accessories when treating patients. 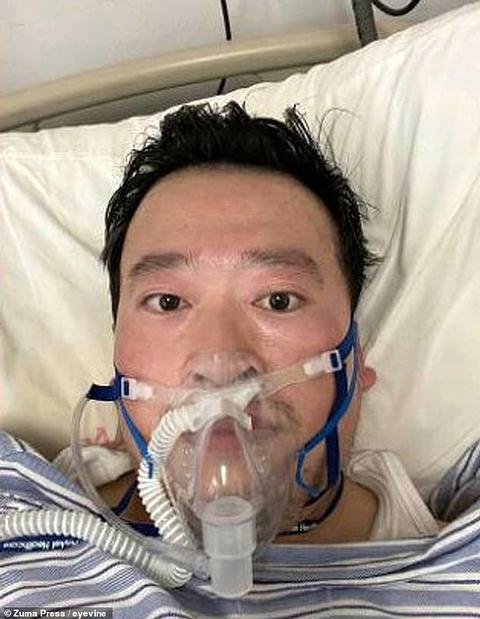 Dr. Li was forced to sign a police document admitting that he had “seriously disrupted the social order” and broke the law, before returning to his job at the hospital, where he eventually ended up dying of COVID-19 on February 7.

A day before the doctor’s death, lawyer Chen Qiushi, whose videos of chaotic scenes in Wuhan hospitals with coronavirus victims lying in corridors were shared by thousands of his followers on social media, went missing. The next day, his family reported that he had been taken into custody and was being quarantined in a location that was not disclosed to them. 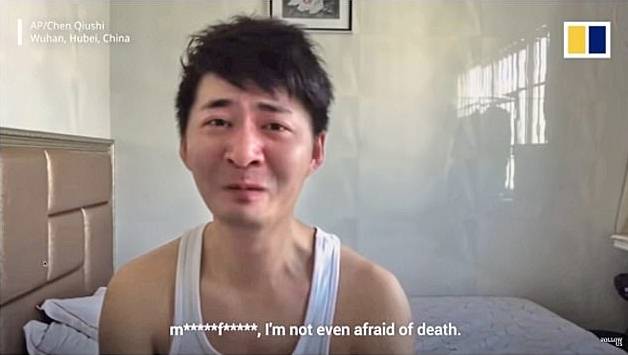 Before his disappearance, Chen sensed that the police were nearby and ominously told his followers, “As long as I am alive, I will talk about what I have seen and heard. I’m not fear to die. Why should I fear you, Communist Party?

Three weeks later, Li Zehua, a 25-year-old reporter who denounced the high fatality rate in Wuhan, issued his own online arrest when undercover civilian officials arrived at his apartment. Li made it clear before they took him away that he was completely healthy. That same day, he had filmed a series of videos showing scenes of the desperate community in the most affected areas of Wuhan, commenting that he had been chased by the police after visiting the city’s Virology Institute, where it is speculated that it may have started. all due to a leak of the pathogen from the laboratory. 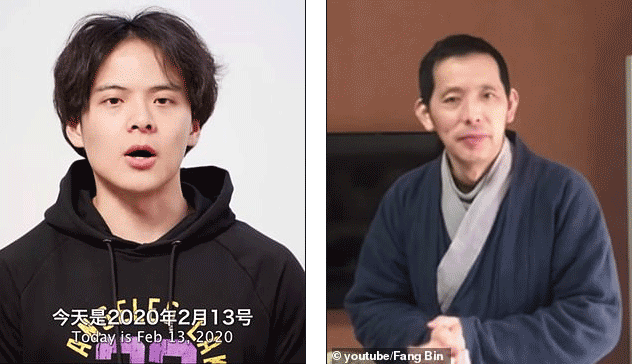 I’m sure they want to isolate me. Please help me, ”he said in the clip in panic.

Although the Chinese government has been silent about the fate of these missing people, they are believed to be in secret detention centers – a sinister form of extrajudicial prison described by officials as “residential surveillance at a designated location”.

Frances Eve, deputy chair of the Hong Kong Human Rights Defense committee, stated: “All those who have disappeared are at high risk of torture, possibly with the aim of forcing them to confess that their activities were criminal or harmful to society. ».

“Secret detention centers usually house dissidents such as human rights activists and lawyers,” he added. “In most of the cases that we have monitored, the people taken there are tortured. They have no access to lawyers, their families, or anyone outside of the country other than the police. ”

China has denied any knowledge of the disappearance of these “snitches”. The ambassador to the United States, Cui Tiankai, has been asked several times about Chen Qiushi’s whereabouts, however, his responses have always been evasive, claiming that he had never heard of such a person.

The only missing person the Peking government has had a comment for is magnate Ren Zhiqiang, 69, who disappeared in March after calling President Xi Jinping a “clown” for his handling of the infectious outbreak. 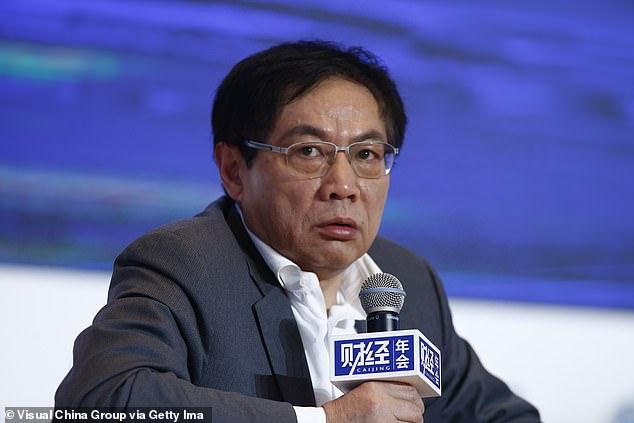 Weeks after his arrest, authorities announced that Ren had been detained for “serious violations” of the Communist Party law and regulations – a euphemism for the fabricated charges against high-profile critics.

Another major critic silenced is law professor Xu Zhangrun, who was placed under house arrest and held incommunicado after writing against the president’s policies to mitigate the crisis. His words included a correct prediction: “This may be the last message I write.”

Technology has brought the Asian giant’s control over its citizens to Orwellian proportions. The application for smartphones with a barcode that helps to know if someone has been infected or not, also has access to personal data.

“It is unlikely that these new measures, introduced to track the level of contact between people, will be discontinued after the end of the pandemic. The government has taken the opportunity to further increase and develop social surveillance technologies, “Eve explained. 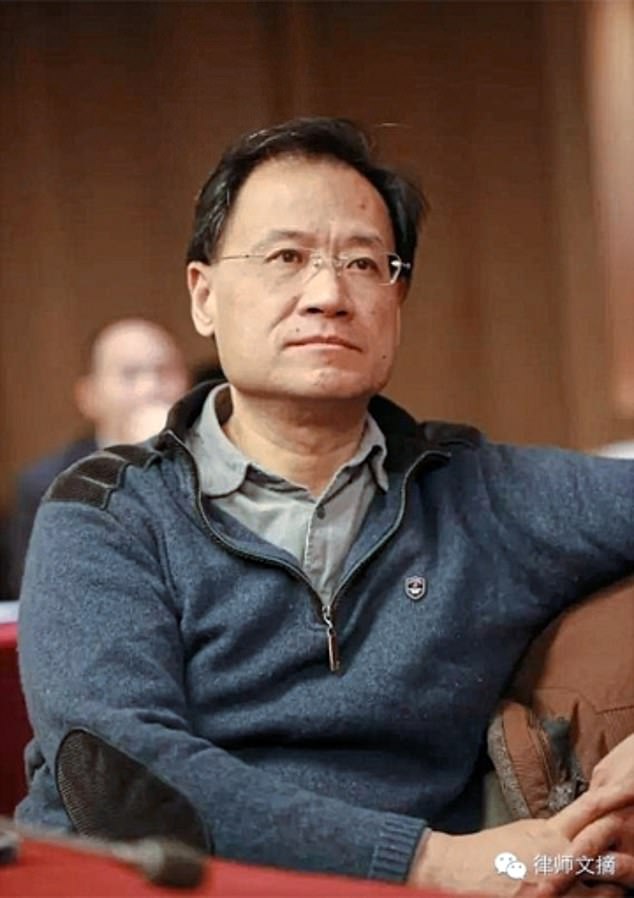 For her part, Sophie Richardson, director of the Observatory for Human Rights in China, thinks that the measures taken to protect the population from the coronavirus “have turned out to be the ideal pretext for authoritarian regimes to silence more people and violate their rights.”

“It would not surprise me to learn over time that in order to maintain public health there were more missing than we think. The goal of the Chinese government seems to be to create a society free from dissent. ”

Richardson praised the missing for having the courage to expose the truth even knowing they were going to be arrested for doing so. “You have to have impressive value. It is a clear complaint about the political and legal system of a country that claims to adhere to the rule of law.