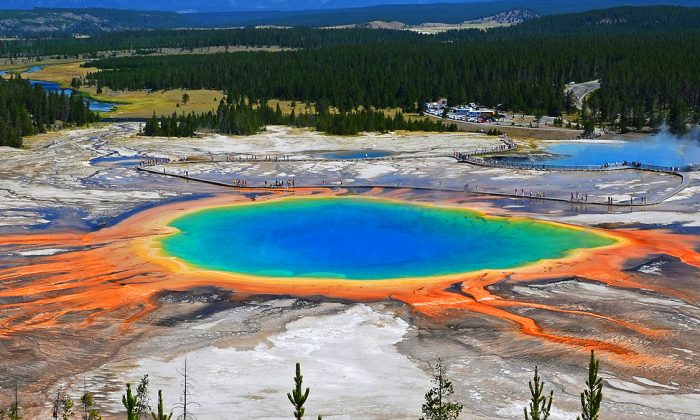 On Tuesday, Twitter exploded as users shared videos of objects in their homes shaking when a 6.3-magnitude earthquake struck southern Idaho in the United States. According to the European Seismological Center for the Mediterranean (EMSC), the earthquake struck 153 kilometers northeast of Boise, at a depth of 10 kilometers.

Twitter users have been attacking social media to voice their concerns after a preliminary magnitude 6.5 earthquake struck Tuesday night northeast of Boise, Idaho.

Amid fears sparked by the spread of the COVID-19 coronavirus pandemic, users sarcastically wondered what else was about to start 2020 in the world when “predictions” of a Yellowstone supervolcano eruption were revived on social media after the tremors

Other Internet users tried to take things to a lower level, deploring the “panics”.

Boise is hundreds of thousands away from Yellowstone don’t worry.

While there have been no immediate reports of injuries in the earthquake that occurred Tuesday night, social media users in several cities reported that they felt the shaking when the US Geological Survey. USA (USGS) said the epicenter of the earthquake was nearly 45 miles west of the city of Challis and near Beaver Creek along the Salmon River mountains.

There were reports that the tremor was felt in Coeur d’Alene, Twin Falls and Hailey in Idaho; Spokane, Washington; Missoula and Bozeman, Montana; and Salt Lake City in Utah.

The Boise Police Department tweeted that they had felt it too, while asking everyone to remain safe and calm.

Yep we felt it too. No reports of damage at this time. Stay safe out there Boise. Call us if you need us.

According to the National Weather Service, it was reported shortly after a 4.6 magnitude earthquake in the same area.

Previously, another earthquake with a magnitude of 2.6 was reported at 15:36 UTC about nine kilometers northwest of Yellowstone, Montana, according to USGS.gov.

On top of everything else, there was a 6.5 magnitude earthquake near our house in Idaho today, and smaller quakes continue across the Yellowstone / upper mountain west area. pic.twitter.com/hNAGZHnMCL

Weather.com suggested that the Idaho earthquake may have been the second-largest recorded earthquake in the region, while recalling many of the events that were felt on October 28, 1983 and recorded a magnitude of 6.9.

Idaho’s most damaging earthquake in 1983 shook the city of Challis, according to the Idaho Office of Emergency Management; Two schoolchildren died under the rubble of a collapsed building.

The cities of Challis and Mackay took the brunt of the natural calamity at the time, with 11 commercial buildings and 39 private houses suffering extensive damage.

While the earthquake had some on social media posting “apocalyptic” comments and predictions about Yellowstone, according to NPS.gov, the “supervolcano” is seismically active and has around 700 to 3,000 earthquakes a year, and most of them don’t really feel.

After the explosion, the Yellowstone eruption area collapsed on itself, creating a 1,500-square-mile caldera area, with magmatic heat still fueling the park’s famous geysers, hot springs, and clay pots. The Yellowstone supervolcano remains an inexhaustible source of fascination, generating apocalyptic predictions of the devastation it could cause.

In this article:Idaho, Yellowstone supervolcano