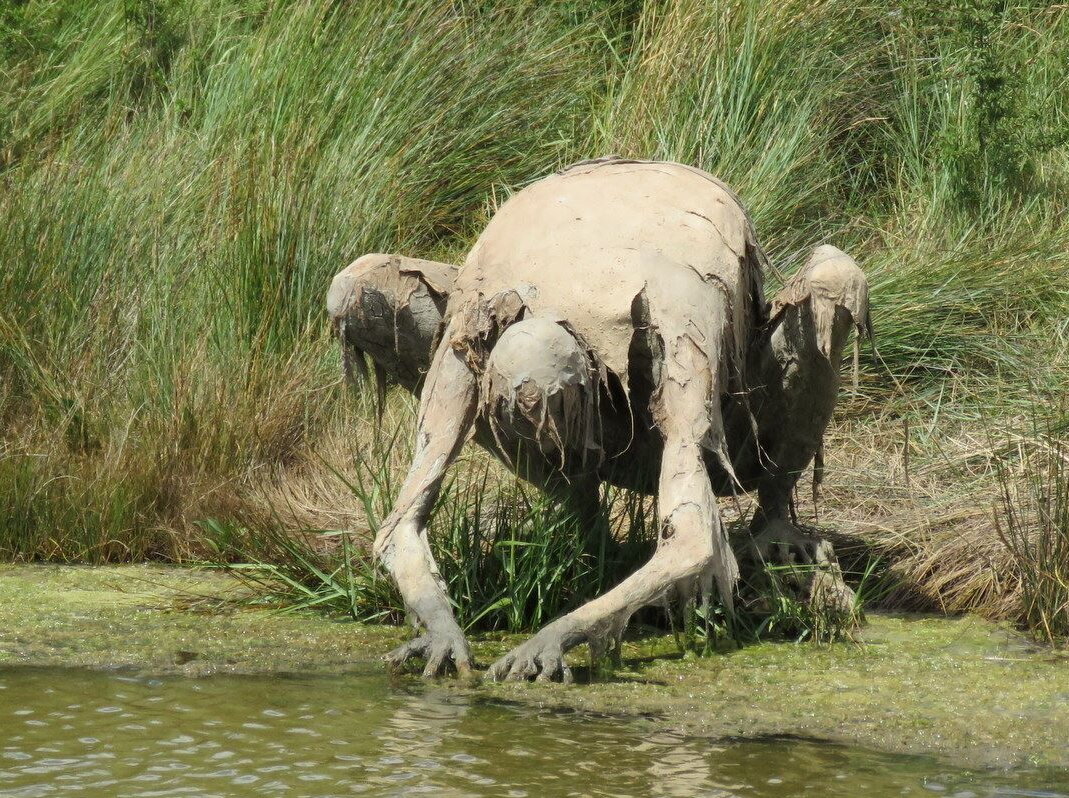 Perhaps the first thing that comes to mind when mentioning Holy Ganges river is a giant garbage dump. Unfortunately, despite the sacred status, the reservoir is incredibly heavily polluted. However, some Indians not only wash things in it, but also themselves and even drink water from the Ganges.

Due to this trend, outbreaks of various diseases are considered frequent throughout the river in settlements. There is even an opinion that some people mutated into terrible creatures due to constant cohabitation with river slops. This is perhaps just another urban horror story, but various travelers who visited India in the 19th and 20th centuries have mentioned about this.

For example, the Italian ethnographer Vincenzo Pauletti wrote in his diary about a mysterious settlement in northern India. According to him, there lived people with six limbs and covered with scales. Their habits were wild, and they hid from people for a long time while being under water. All attempts to get in contact with them ended in aggression or flight from the representatives of the tribe.

Pauletti pointed out that out of six limbs, there were more often 4 arms, but there were instances with four legs. Theoretically, such a deformity could be the result of a mutation, but the conclusions of the Italian suggest otherwise. He believes that these are completely different people, descended from fish or reptiles.

In 1902, the English traveler Max Conrad wrote about similar creatures on the border of India and Nepal. In his opinion, these were just people with their own language, different from Indian and its different dialects. These mysterious creatures built their settlements in swampy areas of the forest or near ponds in dense grass. Their dwellings were rounded huts, half filled with water. The creatures were very afraid of fire and loud sounds.

In 1966, the Frenchman Rami Curietton, referring to the stories of the inhabitants of the mountain settlement of Badrinath, wrote about mud people who crawl out of the most polluted areas of the Ganges at night and steal children, livestock, and various utensils.

These beings are no longer human, having given their souls to a mud demon in the 12th century AD. Since then, they have lived in swamps, near dumps on the Ganges and in other similar places. As a token of his satisfaction, the mud demon allowed them not to breathe in the same way as ordinary humans do. Thanks to this, mud people can live for a long time under water as well as in liquid mud or swampy bog.

There is a lot of evidence of encounters with such creatures. Europeans, Americans and Indians themselves wrote about it. Whether these mysterious people are mutants or a separate evolutionary branch is difficult to say. Much is said about fish-men and reptilian-derived humanoids in myths, and all over the world.

As for India, superstitious people live here, and in the dark a dirty cripple or a homeless person can be mistaken for a mud demon.

Additionally, India is a country where the ideas of Eugenics developed in practice and there are separate breeds of people with their given breed characteristics. Millennia-old selection on the caste system has led to the fact that some workers from separate castes work in such a way that even the most modern device under the control of a robot will not be able to do it.

Others, alas, are only hereditary scavengers and nothing can be done. The Brahmin caste are brilliant pharmacists and programmers.

In this article:Ganges river, India