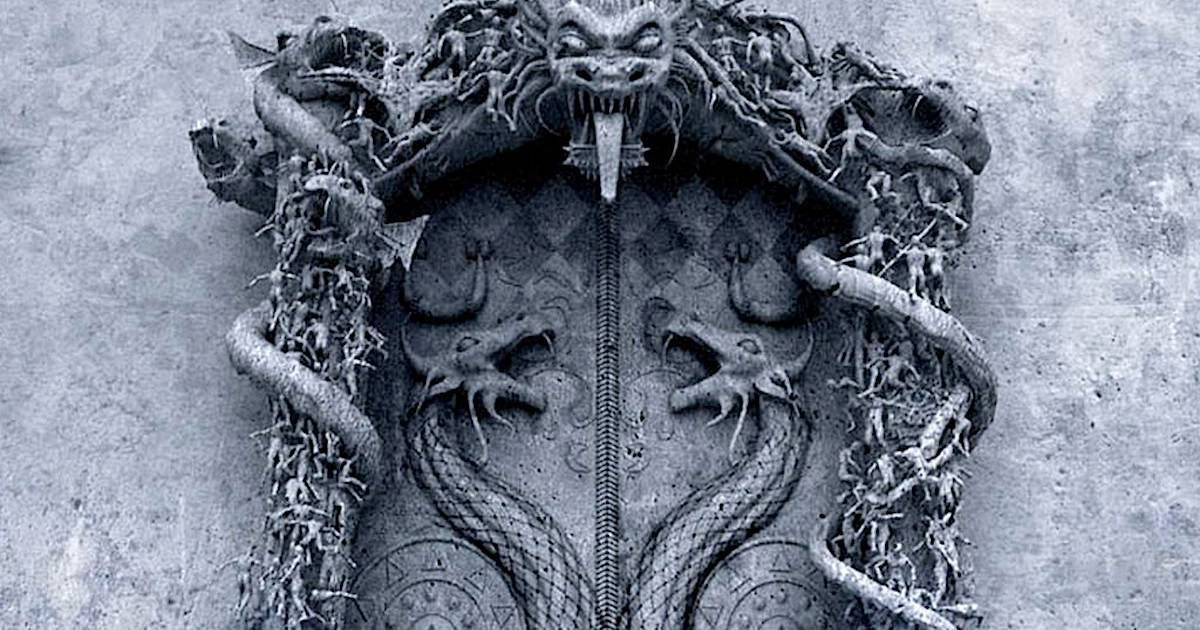 A mysterious temple hides mythical riches, some of which, however, have come to light. However, a hidden chamber does not open at all. It is said to have been sealed with unknown technology. Did ancient gods made it? What can it hide inside?

The Sree Padmanabhaswamy Temple is located in Thiruvananthapuram, Kerala, India and it is believed that a particular door, with no obvious means of access, was sealed by sound waves through a secret chant that was lost to time.

The mysterious door of the ancient temple is protected by two huge cobras painted on it but has no bolts, latches or other means of entry. It is said to house unimaginable wealth and can only be accessed if and only if one knows a high level ‘Sadhus’, a special chanter and is familiar with the knowledge of the ‘Garuda Mantra’ chant. East Indian priests say that at present there is no man capable of opening this door as they do not know how to perform these chants.

The Temple has been mentioned in the recorded literary Sangam period sometime between 500 BC. and 300 AD several times. Curiously, there is no historical record that mentions the exact date when the temple was founded. According to later works of the poet-saints of Naumargaros of the 9th century, they refer to the Temple as well as the city as having walls of pure gold. In some areas, both the temple and the entire city were often built entirely of gold.

The reality, however, surpasses all imagination as this particular temple is a huge treasury and the treasure that has already been found could be estimated in gold and jewels worth several billion dollars which are kept in 8 underground chambers-treasures, of which only the five have been opened and explored.

Some of the rooms that have already been opened have yielded gold worth about $22 billion in the form of diamonds, jewelry, gold utensils, weapons, gold idols, golden elephants and diamond necklaces, countless bags filled with gold coins acquired from various parts of world, but also ceremonial costumes that included a coco-palm shell of gold with tassels and emeralds.

According to a 2014 inventory, the temple’s Chamber-A contained 2,000 pounds of gold coins, dating back to around 200 BC, while according to forbes.com in 2015, a trillion dollars worth of treasure has been found hidden.

But the most impressive and mysterious feature of the temple is a hidden chamber guarded by two huge cobras. Legends say that anyone who dares to open the door will meet with disastrous results. This mysterious door is referred to as Vault B.

Its gilded exterior shows only a very small part of its true glory, while it is claimed that, in logical continuation of the previous chambers that were opened, that behind the mysterious gate lies an even more brilliant treasure. Many speculate that the contents hidden within the mysterious chamber go far beyond material wealth.

It is believed that if an “ordinary person” tries to open the mysterious Vault B without the use of specific holy chants, then tremendous “disasters” will occur, not only inside but also around the Temple premises, with “revelation” scenarios, even for the whole world according to Vedic astrologers. In fact, according to Travancore, a visitor’s guidebook (1933) by Emily Gilchriest Hatch, many died trying to open the door.

The Sree Padmanabhaswamy Temple is one of the most protected places on the planet, guarded by metal detectors, security cameras, police and special forces guards. As reported by The Times of India in 2017, special forces will be on standby and will be asked to intervene only when a security threat situation arises or when their intervention is required.

All this has sparked many rumours. Due to the very special way the Gate is sealed with the cobras, many do not hesitate to say that in Chamber-B there may be hidden unknown technological treasure from a highly advanced and developed civilization that was lost, when the vimanas still flew in the skies. They do not hesitate to assume that this civilization may have been extraterrestrial so the wealth hidden in the mysterious Chamber-B is not of human origin.

There is much speculation that these gods who sealed the gate with technology virtually unknown to us hid important things that are not for ordinary people, but for themselves who will one day return to open it and obtain what they left behind.

However, all this about extraterrestrials and hidden super-technology reaches the limits of the power of human underestimating, but also the capabilities of the human mind, of an era we know little about and can hardly be perceived.