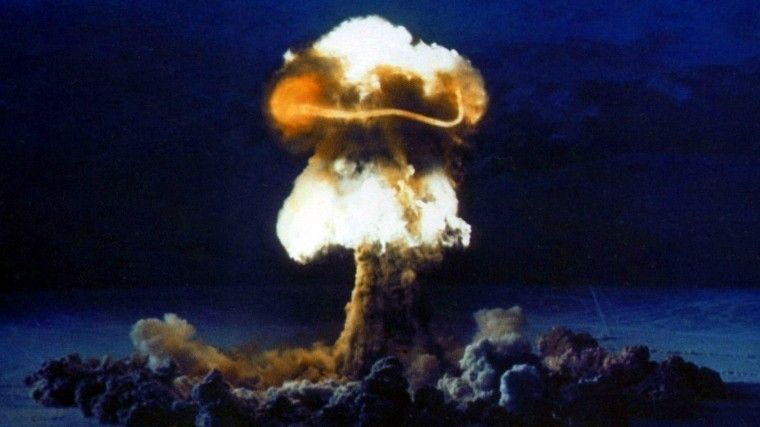 The Shadow Peace is an unusual short film by Neil Halloran, in which he turns gigabytes of boring statistics into a vivid and ominous video, talking about the terrible future of humanity, immersed in a world-class nuclear war.

Artist Neil Halloran is a master at turning huge sets of obscure statistics into capacious and highly entertaining videos. In his latest project, he illustrated a sinister statistic: the total number of deaths caused by the total use of nuclear weapons.

The Shadow Peace is a crumbling, inverted pyramid of population growth that shows better than any number how the “nuclear plague” is claiming more and more lives over time. Predicting the consequences of a world nuclear war may seem absurd, but Neil is a master of his craft, and his paintings are just a reflection of bitter reality.

The video begins with a brief lesson on demography as the director explains how many people have been born and died on Earth throughout human history, as well as how many people live on the planet now.

The Third World War, according to Halloran, will be an extrapolation of the consequences of the destruction caused by the bombs dropped on Hiroshima and Nagasaki back in 1945, by increasing the number and damaging power of warheads.

The author explores the concept of mass nuclear exchange – a situation when a single launched warhead will cause panic in the world community and provoke a chain reaction when all countries randomly fire nuclear missiles at each other.

At the end of the video, Neil raises a number of practical issues: the ban on the proliferation of nuclear warheads, general disarmament, and the effectiveness of existing peacekeeping initiatives.