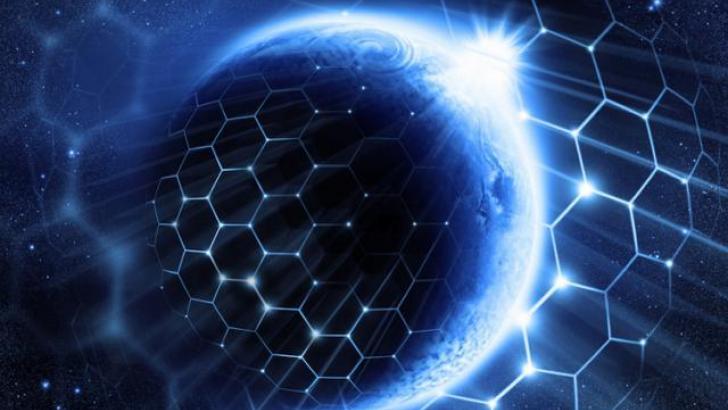 From April 4 to 5, there was a peak in the Earth’s geomagnetic field, raising the power of Schumann resonance to the highest point of 76. What is interesting to note is that this peak coincided with the global mass meditation that took place on this date.

What is the geomagnetic field?

The Earth’s geomagnetic field surrounds the planet and extends from the Earth’s core to outer space. The field comes in contact with the solar winds, which are charged particles emanating from the Sun.

The geomagnetic field protects the Earth’s atmosphere from solar activity, which could have a catastrophic effect on the Earth’s ozone layer.

What is Schumann’s Resonance?

Schumann’s Resonance is the basic electromagnetic frequency of the Earth. The earth has 8 resonances, the lowest of which is approximately 7.83 hertz. The other frequencies are 14, 20, 26, 33, 39 and 45 Hz…

The human body also has a magnetic field, the heart being the body’s strongest source for electromagnetic activity. According to HeartMath:

The heart generates the largest electromagnetic field in the body. The electric field measured on an electrocardiogram (ECG) is about 60 times greater in amplitude than the brain waves recorded on an electroencephalogram (EEG).

It has been postulated that the Earth’s geomagnetic field affects our nervous system, as was shared in a 2017 study by Heart Math Institute.

All biological systems on Earth are exposed to an external and internal environment of invisible magnetic fields floating over a wide range of frequencies. These fields can affect virtually all cells and circuits to a greater or lesser extent.

The peak occurred from April 4 to 5. During that period, many groups, including Unify and Global Peace Meditation, performed a mass meditation. The reasons for various groups included terrestrial ascension, world peace and positive changes caused by the corona virus.

In awe of this collective journey ..

During that time window, Indian Prime Minister Narendra Modi asked 1.3 billion Indian citizens to turn off the electricity and pray.

The peak was recorded by a Russian Space Observation System website, which records Schumann’s Resonance. The Schumann resonance graph displays data from the Earth’s magnetic field circling the earth.

These three days show the hourly activity that occurs at the various resonant frequencies from 1 to 40 Hz. The graph shows the intensity level of each frequency displayed as a color, with white being the most intense. This graph shows peaks of 65 and 76 power of Schumann’s Resonance, after a monthly average of just over 30.

The recent peak shows no causality, only correlation. However, if this experiment can be replicated, it could show that humans can affect the Earth’s geomagnetic field through collective intent. And not just the field that affects us, as was originally thought

Advertisement. Scroll to continue reading.
In this article:peak of Schumann Resonance