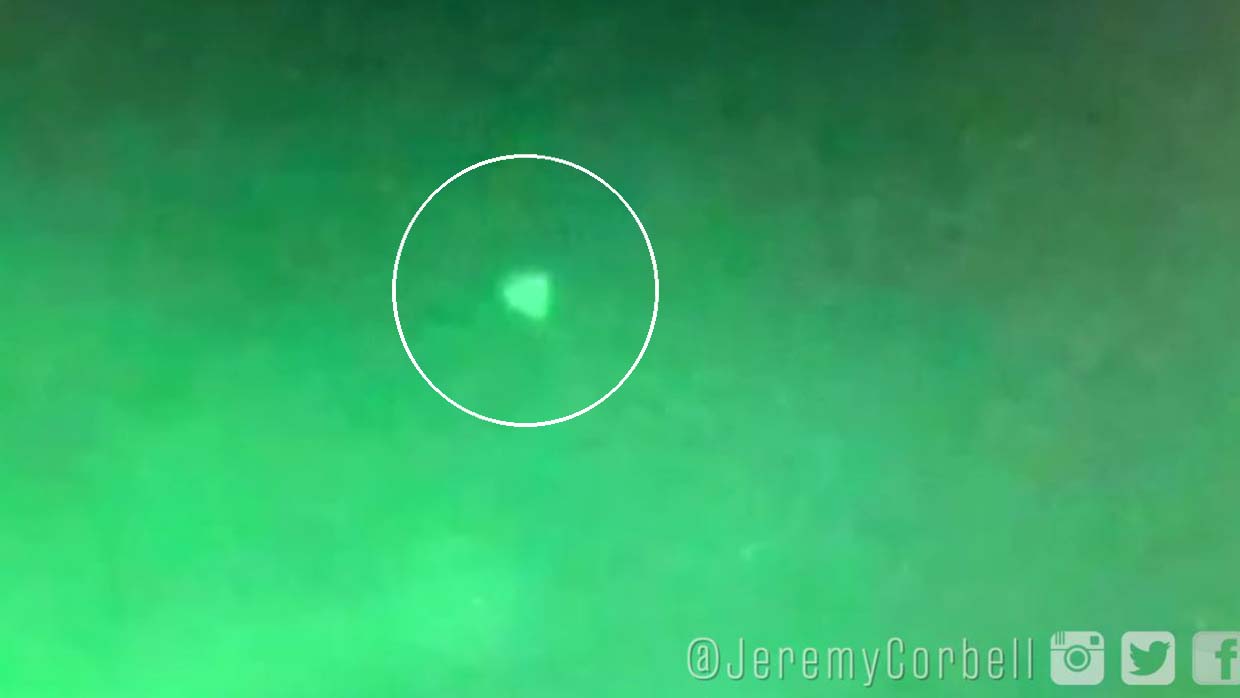 Surprising footage, leaked to a documentary director named Jeremy Corbell, shows unidentified flying objects flying over a US Navy warship, and the Pentagon claims the videos are authentic.

Incredible footage has been leaked allegedly taken by a US Navy destroyer that show several triangular shaped UFOs chasing the ship at night. The American documentary maker Jeremy Corbell, who has produced documentaries for Netflix, received anonymously the video recorded in July 2019, as well as detailed information about an alleged intelligence briefing conducted by the Pentagon on Unidentified Aerial Phenomena (UAP).

On his Instagram account @jeremycorbell and on their website “Extraordinary Beliefs”, claims to have verified its authenticity by interviewing “Who had knowledge of the facts”, as well as having worked with the renowned investigative journalist George Knapp. The 18-second video shot from the destroyer USS Russell begins by showing what appear to be three orbs floating in the sky.

The camera then pans to reveal a fourth object before zooming in to reveal its apparent triangular shape. It also appears to blink repeatedly and is surrounded by two other dimmer UFOs, although it is unclear if they are simply flashes caused by the camera lens. In addition to the revealing video, Jeremy shared three photos taken by the USS Omaha of an unidentified “Spherical ship”.

“It is observed that the ‘spherical’ ship was suspected to be a transmedia vehicle and it was observed descending into the water without being destroyed”, Corbell writes. “The ‘spherical’ craft could not be found upon entering the water, and a submarine was used in the search.”

The two incidents appear to coincide with information published by the news portal The Drive of multiple destroyers that were chased by UFOs off the coast of California for several nights. The documentary maker also received information about a third sighting on March 4, 2019 from a pilot of an F / A-18 Hornet fighter and a weapons systems officer.

Apparently images of UFOs were taken from the pilots’ personal mobile phones. The three incidents were discussed during a classified briefing held by the Office of Naval Intelligence (ONI) on the UFO / UAP presence on May 1, 2020.

“Those familiar with the briefing told me that the objective was to destigmatize the UAP problem and promote greater intelligence gathering on UAP incursions and encounters with active military deployments.”, Corbell continues. “George Knapp and I were able to verify the materials you are about to consider. I can confirm their authenticity, as well as the story that was provided to me when they were introduced. These are authentic photos and videos of actual military encounters with UFOs, generated to educate senior intelligence officers within our military on the nature and presentation of the UAP / UFO phenomenon.” 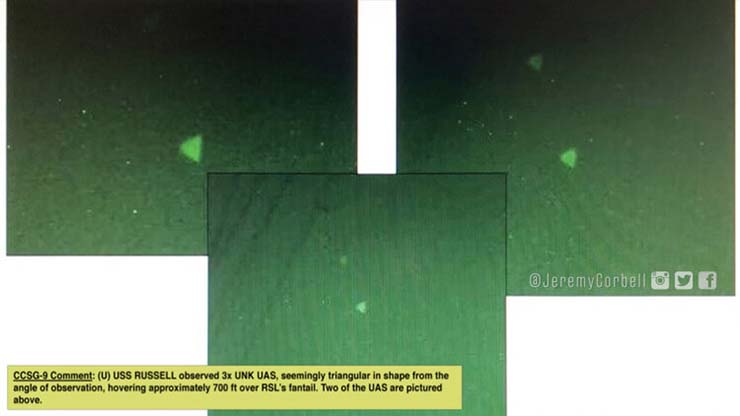 Corbell concludes that he expected the materials to be representative of a unique moment in modern history; a possible turning point towards the rational and transparent approach of investigating and exploring the mystery of the UFO phenomenon.

So far, both the Department of Defense and the US Navy have not commented about this leak. But we are sure that, as it has been happening, in the next few days they will make some kind of statement.

It is more than evident that something is happening about the UFO phenomenon, since since 2017 we are seeing material showing strange flying objects defying all logic and rationality. So it should not surprise us that within a very short time they confirmed the presence of aliens on our planet, the so-called “Big Revelation”.

“We already have the means to travel among the stars, but these technologies are locked up in black projects and it would take an act of God to bring them out for the benefit of humanity … whatever you can imagine, we already know how to do it … .. now we have the technology to bring ET home. “(Ben Rich – Lockheed’s Skunk Works.)

In this article:triangular UFOs, US Navy