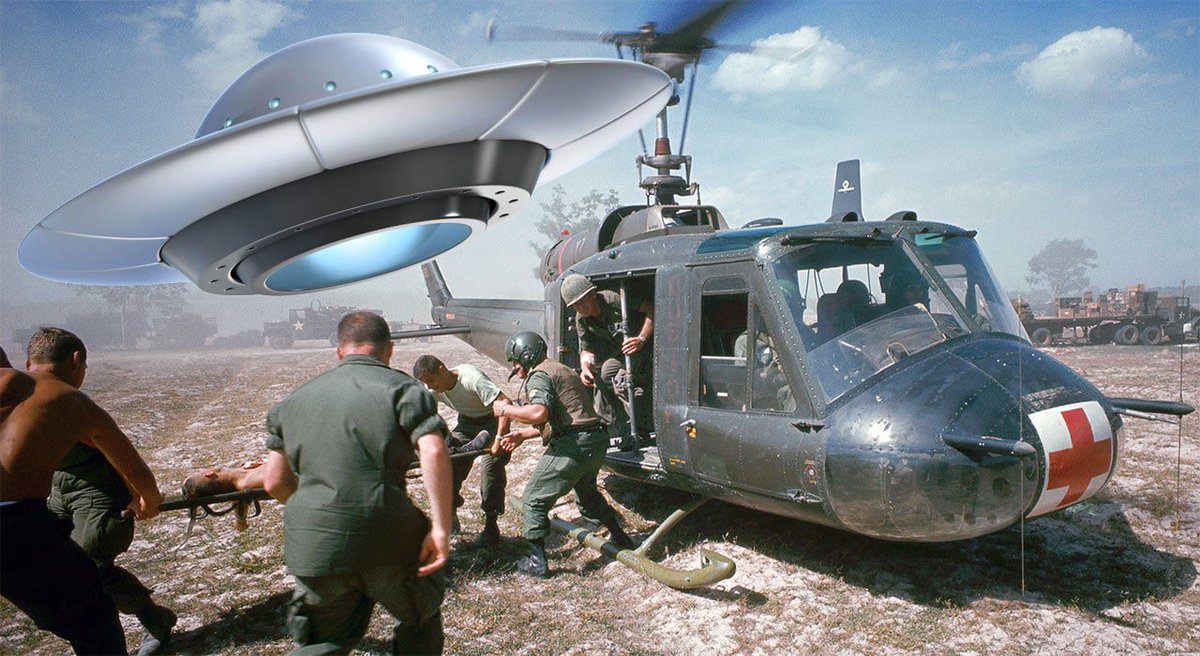 This incident happened in early 1972 during the Vietnam War. A US Special Forces group was secretly dispatched at night and parachuted into an area on the border between Cambodia and North Vietnam.

The operation was vital: destroying a facility in North Vietnam, which, as has been established by American intelligence, was secretly listening to top-secret US Army conversations in South Vietnam.

The SWAT team set up camp for the night, preparing to attack the North Vietnamese team at dawn. Early in the morning, the commandos silently dragged themselves to the Vietnamese base, but what they saw there shocked them.

As the team approached the location of the North Vietnamese unit, they suddenly discovered that there was a large spherical spacecraft supported by three sturdy metal supports.

The group leader was about to issue a withdrawal order when a group of strange-looking humanoid creatures appeared.

Not believing what they saw, the group of special forces was even more frightened by what these creatures were doing (according to the description of the soldiers, taking into account modern data based on countless contacts, one can assume that they were “grays”): The aliens took several parts of human bodies from a large pile and placed them in large containers – arms, legs, torso, heads; this terrible list went on and on.

Some were white remains and others were black (US Army soldiers,) and others looked like Vietnamese (Vietnamese base soldiers).

What they saw left the special forces sober and enraged and the commander gave the order to open fire – the bullets hit the bodies of the creatures, but did no damage, except for one who was shot in the head.

Several commandos were killed and others were seriously injured by the effects of unknown weapons. Then the aliens quickly retreated to the ship and quickly took off into the sky,

Soon, another CIA team appeared on the scene, when one of the survivors said that they all received some kind of mind-altering drug to try to make them forget this incredible fight. And it worked, at least for a while.

Two had already died, three were not found, but the rest were able to meet in August 1988 and decided that this story should be told.

They turned to researcher and UFO researcher Leonard Stringfield and he published his story in his 1991 book.

The story is told in the book “UFO Crash Retrievals: The Inner Sanctum“, from Stringfield.