Any intelligent civilization that humanity can contact is likely at least twice as old as ours – and potentially much older than that – according to a new statistical study.

The work, led by Dr. David Kipping of Columbia University (New York), is detailed in a new article published in the International Journal of Astrobiology

To begin, Kipping and his co-authors, Dr. Adam Frank of the Flatiron Institute, and Dr. Caleb Schraf of the University of Rochester, considered how humans would come into contact with a billion-year-old civilization. Understanding the importance of that question would require estimating how likely it is that such an ancient civilization exists.

That’s not a particularly easy question to answer, since we don’t have any direct evidence of billion-year-old civilizations. However, the historical record provides two types of similar data sets, albeit on much smaller timescales:

The authors tried to find a statistical model that reasonably fit those two data sets. It is not a logical leap to apply that model to the life of extraterrestrial civilizations. 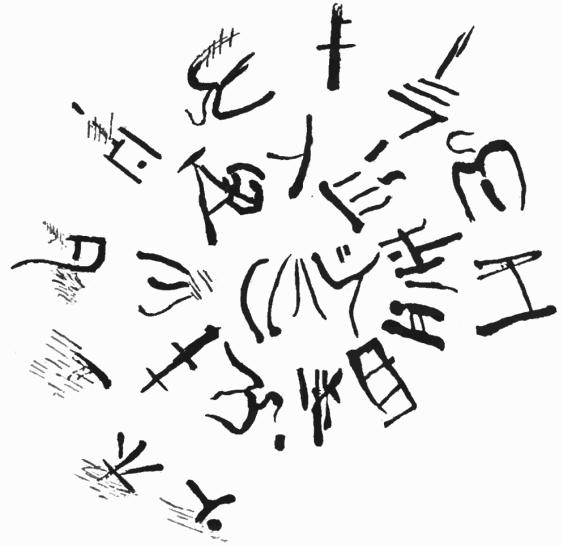 Linear A is a script from the Minoan civilization of Crete. It was used from the 19th to the 15th century BC. C. to write the Minoan language. The writing has only been able to be deciphered in a small part

Conveniently, both data sets adhere to a similar statistical model, known as the exponential distribution. Exponential distributions are very common in statistics, and conveniently only require a single variable to determine the shape of the curve. In this model, the entire distribution is described by the half-life of a civilization. Historical data was once again useful when looking for reasonable values ​​of this parameter, the most suitable average life span being roughly twice the current age of our civilization.

Kipping and his colleagues point out that this exponential distribution, while a reasonable place to start to extract some details, is a simplification of what is likely to be a very complex calculation. Despite this simplification, the document can extract several very interesting ideas.

The average age of any potential extraterrestrial civilization is one such idea. The authors estimate that, on average, a civilization we detect will be roughly twice as old as ours

It should be noted that the age of our own civilization is not directly established. The authors note that math works no matter what age it’s used. For example, if a person defines the age of our civilization as the 12,000 years that we have been cultivating, then it is likely that civilizations will continue to cultivate detectably for 24,000 years on average. However, that does not mean that the civilization is destroyed at the end of that time period, it simply means that they are no longer doing what was used to define a “civilization.”

Another example shows how this could work. Based on the author’s estimates, the lifespan of a civilization emitting radio waves into space alone is likely to be 200 years, roughly twice the lifespan of the 100 years we’ve already been doing. Around that time period, a radio-using civilization would likely begin to use more advanced technologies that replace omnidirectional transmitting radio waves, such as lasers. So while it has ceased to exist as a “radio station” civilization, its members are still alive and well using a new, somewhat less detectable technology.

The document also offers a deeper insight into the issue of discoverability. In Sagan’s day, the Search for Extraterrestrial Intelligence (SETI) focused almost exclusively on radio waves, because it was the most common form of electromagnetic waves that we, as a species, emitted into space. However, as technology has advanced, we have become less and less dependent on radio, which means that we send out fewer and weaker radio transmissions now than in Sagan’s day.

According to a different study, even if humanity detected alien radio signals, those who sent them would be long dead. Credit: Science News.

Alternatively, we have also become more adept at seeing other potential characteristics of a technological civilization. Collectively, these features are known as “techno-signatures” and range from directed laser pulses to heat maps of exoplanets. Dr. Kipping points out that a new generation of telescopes will be able to detect some of these techno-signatures on nearby exoplanets, giving us insight into possible alien civilizations that we have never been able to observe before. It could also make the kinds of questions you address in your document much more relevant.

Another issue addressed in the article is the probability that a detected civilization is older or younger than us. This could have far-reaching implications for how, or even whether, we decide to initiate first contact. The conclusion the article reaches is fascinating and not intuitively obvious at first glance.

Exponential curves have a large portion of the area under the curve (that is, the total number of civilizations) at the bottom, with fewer and fewer in a further extended “tail.” Using this exponential distribution curve, approximately 60% of civilizations are likely younger than ours, while 40% are likely older. At first glance, this would imply that we are more likely to find a civilization younger than ourselves. However, this does not explain a phenomenon known as time bias.

Dr. Kipping uses a vacation analogy to describe time bias. If you are on vacation in the Dominican Republic, are you more likely to meet someone who is visiting for two days or two weeks? The obvious answer is two weeks, as there is simply a better chance that you are on vacation at the same time as them. The same applies to co-temporal civilizations. Although there are more civilizations that are shorter-lived than ours, the fact that they are shorter-lived means that we are much less likely to end up existing at the same time as them.

This result is the main conclusion of the article: that any civilization we detect is more likely to be older than us rather than younger. In fact, mathematics shows that there is a 10% chance that a civilization that we can find is more than 10 times older than us.

“If these civilizations follow the exponential technological growth curve that humanity has been following for the past centuries, the mind is bogged down just thinking how much more advanced such a civilization could be,” noted Dr. Kipping.

He also noted that these statistical models have the most practical impact when considering civilizations of ambiguous technical ability. If a civilization is noticeably more advanced than us, such as one that can build a Dyson sphere, there won’t be much question about what its technological capabilities are compared to ours. However, if we manage to detect a heat island on a nearby exoplanet, it could represent a civilization that has just passed the Stone Age or one that has already developed full artificial intelligence.

The true result of these statistical models is to show that any civilization that we can detect will most likely be older than ours. Those who are interested in thinking about how we would interact with any detectable civilization should keep that fact in mind.

And if one day we manage to discover irrefutable evidence of another civilization, we can add another data point to the model the authors developed and see how valid it really is.

In this article:humanity, intelligent civilizations