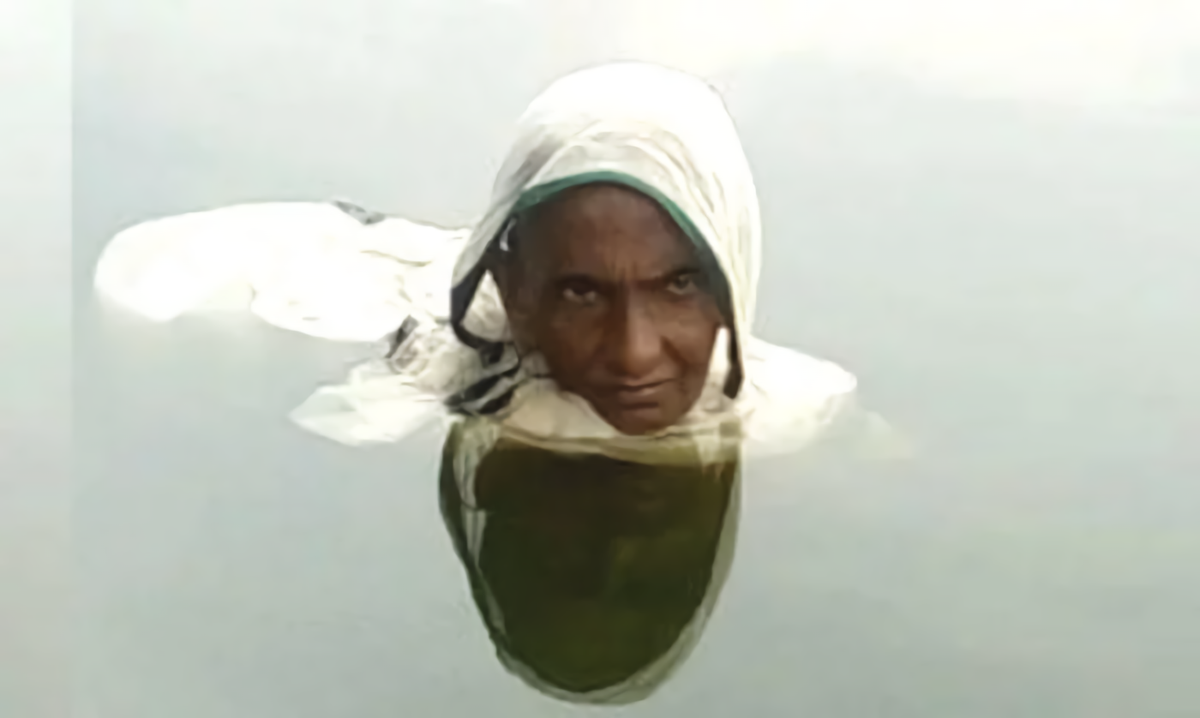 Our world is very diverse. For example, did you know that there is a woman who lives in the water, a guy with tunnels on his cheeks, or even a Russian born with four eyes… If not, then in this article we are going to talk about some of them.

A guy from Russia who was born with 4 eyes

Pasha Korchagin is the only person in Russia who was born with such an unusual anomaly, but even despite 4 eyes, he still hardly sees. In addition to the desire to restore his sight, he dreamed of improving the living conditions of his family, since he lived with his mother and sister for a long time in a dilapidated house built in the 1930s, which had only stove heating.

Since his mother had been on the waiting list for housing for the 11th year, Pavel decided to write to the president, asking him for financial assistance.

A few months later, a reply was received stating that his request was granted and the family would receive a 2-room apartment. The news made him very happy, and given that he goes to operations to restore vision almost every year, there is hope in his return to a full life. Now, for example, he can already read.

The most flexible woman in the world

Do you experience a little tension in your back or feel the need to do yoga to improve your condition and put your nerves in order? .. Then take a look at another Russian woman – Julia Güntel, who can be called the queen of yoga and the most flexible woman in the world.

She can handle the most difficult yoga asana or gymnastic trick that you can think of. Her flexibility must be “thankful” to a rare tendon disease that has left her body incredibly elastic. Her talent was revealed at the age of 4, and at the age of 10 she was already performing in the circus.

Having become more popular, she moved from her hometown of Naberezhnye Chelny to Germany, where she began her career as a yoga teacher, and then began to take part in shows and photo shoots. As you can see, Julia is capable of doing the most incredible and impossible tricks for an ordinary human body.

Among other things, she holds 2 Guinness World Records, and the Discovery channel filmed a program about her, calling her “the most flexible woman in the world.”

Therefore, if you decide to do yoga, now you know who to draw inspiration from. But in order not to end up in the hospital, you are still advised to start not with such extreme positions as Julia performs in the photographs above.

Strange man with a “bull” neck

If you have ever worked out in the gym, you should know that there are special simulators for almost any muscle group and even for the neck. This is due to the fact that for a full-fledged “pumping” of the body and its proportional appearance, attention must be paid to all parts.

But it is always worth knowing the measure. Why? Let us show you one man who exercised his neck muscles too much.

This 34-year-old Florida man is named Charles Dion McDowell. He first came to light when he went to jail for drug possession. The photos released by the police caused a furor online. Well, who else has seen such a powerful neck?

The man obviously does a lot of sports, which only emphasized the already impressive thickness of his neck. Although many believe that he clearly overdid it and even mutilated his body.

In any case, when he has gained such wild popularity on the network, he no longer has to deal with criminal cases, since he makes great money on his popularity. On Instagram alone, he has almost 1 million followers.

Lover of making “tunnels” in the body

Joel Miggler is probably the biggest body modification enthusiast out there. At the moment, he has at least 25 piercings, a tongue cut in two and many tattoos.

But having had enough of these “basic modifications” that seemed too boring to him, he wanted to make himself something unique that could transform him into something more impressive. At the age of 16, Joel decided to pierce his cheeks. Yes, you heard right.

Joel asked for 36mm holes in each of his cheeks and had tunnels inserted into them, a type of jewelry that is usually inserted into the ears. And now he doesn’t have to smile to show his perfect teeth.

The young man admitted that in the German Küssaberg, where he lives, he often has to face criticism of his appearance. Many consider it too frightening and extravagant.

But Joel never listened to public opinion, because he started modifying his body at the age of 13 and has no plans to stop. And given that he works in a tattoo and piercing studio, it would be surprising if his desire waned over time.

A 71-year-old Italian man lives in the US and prefers to remain anonymous to avoid public scrutiny. And no wonder. After all, when he woke up in 2019 with symptoms of heart disease, in the form of shortness of breath and low blood pressure, he decided for the first time in his life to go to North Shore University Hospital in Plainview, New York.

But when he got an appointment with a cardiologist, the doctor could not understand anything, because he heard two beating hearts in his chest at once. It turned out that he lived for more than seven decades without even suspecting that he had as many as 2 hearts.

After the diagnosis, it turned out that the patient had a heart attack and one heart did not work well enough. Fortunately, the doctors took care of him and treated the pensioner, after which he returned to his normal life.

The woman who lived in the water for 20 years

In a remote area of ​​West Bengal lives a 67-year-old woman who has been in the water almost all of her time for more than 20 years, only getting out to sleep. Her name is Patorani Ghosh and she is by no means crazy.

The thing is that a woman has a rare congenital skin disease, from which either constant expensive treatment or being in water helps. Given the extreme poverty of the country, she has only the second option.

Despite the fact that she hardly moves, she eats very rarely and very little. The basis of her diet is rice, and she usually eats right in the pond. When Patorani gained fame in Bengal, she did not give up her daily habits despite the crowds of people who come to see her.

In this article:two hearts, unusual people