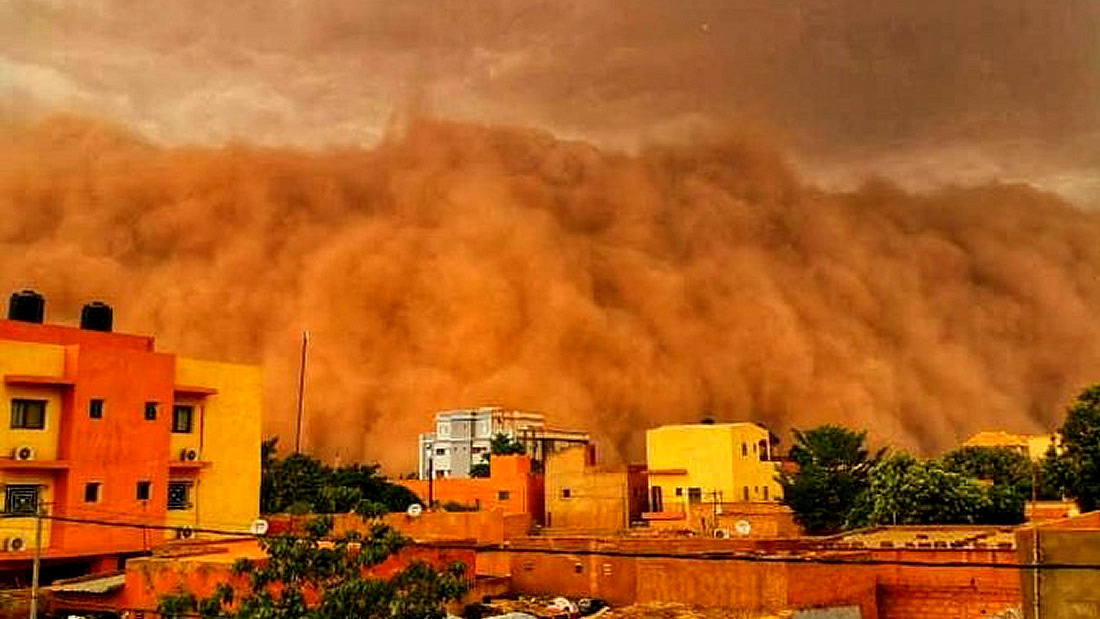 A huge dust cloud It has been described as “apocalyptic” spread over the city of Niamey, the capital of Niger in Africa, this May 4 (2020).

The phenomenon was captured in video, showing really creepy pictures, while gigantic columns of dust that seem to be hundreds of meters high, invade the city.

The town was left in a strange “red darkness”. During the passage of the dust cloud in the afternoon. This also caused air traffic to be temporarily stopped.

It should be noted that sand storms are common in West Africa and occur during the dry season, from January to April.

The winds carry the sand of the Sahara desert through Niger, other neighboring countries, to the Atlantic Ocean.

The videos and images captured show how a large wall of sand suddenly appears on one side of the city. Although it is a phenomenon that occurs regularly in this area, residents were surprised by this latest manifestation, even labeling it as something “apocalyptic”, as they wrote on social networks.

The dust storm hit Niamey at approximately 2:00 PM, according to Fox News information. After the fact, a rain occurred, again clearing the sky.

The storm scared many, and others were stunned by the unmatched power of nature.

Incredible photos from Niamey in #Niger today, where my brother and his family live. Sandstorms turning the sky orange / red pic.twitter.com/Rpqu0XGVP2

This type of phenomenon creates a great threat to motorists, because the advancing wall of dust can be several kilometers long and hundreds of meters high. In addition, they are presented with little or no warning, representing a high danger for drivers.

In this article:dust cloud, Nigeria