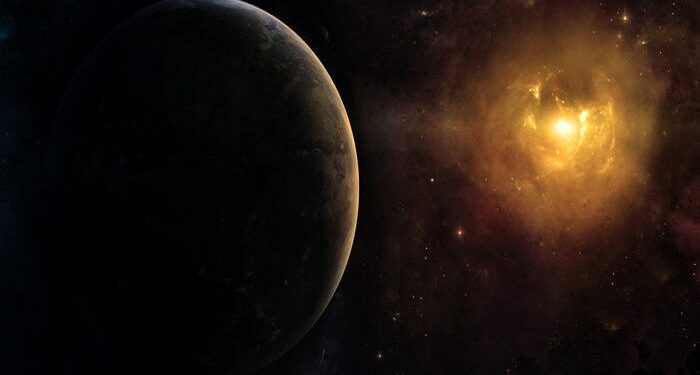 Before dying on March 14, 2018, the acclaimed theoretical physicist named his favorite places in the universe

In the documentary series Stephen Hawking’s Favorite Places, the scientist travels in a virtual spaceship that allows him to travel to his favorite places in the Universe.

As the journey progresses, Hawking’s conviction grows that we are not alone in the Universe and suggests that, to find other forms of intelligent life, we should start at a very specific point: the planet Gliese 832 c. What did the scientist know about this exoplant?

Gliese 832 c is a rocky planet 5.40 times larger than Earth’s that lies at a distance of 16.1 light years in the habitable zone of its star. Scientists say it is 81% similar to our blue planet.

Hawkings considered us a perfect victim, a distant and underdeveloped civilization that an advanced alien community would not hesitate to destroy. We would be less than bacteria to them: totally expendable.

Leader of the Breaktrough Listen project of Russian billionaire Yuri Milner, who scans millions of stars in search of extraterrestrial signals, ensures that the day we receive a response to our attempts to communicate would be very bad news for us.

“If this extraterrestrial civilization can respond to us, not only receive our signal, it is that “there is a possibility that they are several million years ahead of us in every way, something that makes us the “weak” in the relationship. Very tempting as a civilization to invade”, he concludes.

Statements in line with which he had previously expressed when he stated that “some evolved extraterrestrials may have become nomads and have the intention of colonizing the planets they arrive at.” Will we take their fears and reflections seriously? I doubt it.