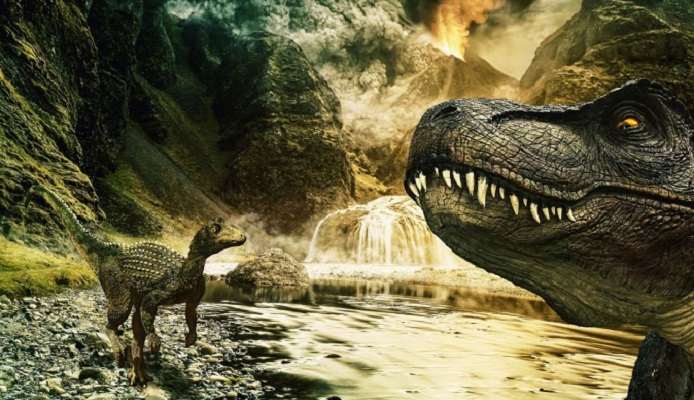 From various archaeological sources, scientists understand that during the Jurassic period the Earth has a warm and humid climate, and is inhabited by a wide variety of animal species.

It is during the Jurassic period that the flora and fauna are actively formed. At the end of the drought, not only giant dinosaurs appeared, but also the first rodents and ancestors of modern birds.

However, in the Jurassic era, the planet’s fauna declined from several mass extinctions. The Haaretz website writes about a study dedicated to finding the causes of them.

According to one theory, the cause of the extinction was the intense activity of volcanoes, which during the Jurassic period lasted about a million years in the southern part of the supercontinent Gondwana. However, this fact correlates with only one mass extinction, called Toarsian, which occurred about 183 million years ago. But that can’t explain the other Jurassic disappearances.

Now, in a new study published in the scientific journal Gondwana Research, scientists say they have managed to date numerous episodes of volcanic activity, each lasting millions of years, during the early and middle Jurassic period, between 186 million and 178 million years. Researchers say this may explain many events of mass extinction during this period.

These volcanic events occurred in a part of the Gondwana supercontinent, which has since split into modern continents. Today, lands with the remnants of this Jurassic volcanic chaos are found in South Africa, Australia and Antarctica – in the province of Caru and in Ferrara.

The age of igneous rocks from these areas is dated to the Nordsim Laboratory in Stockholm using the “uranium-lead method” on samples of small zircon crystals contained in volcanic rocks.

“Our results strongly support the theory that episodic magmatism in Caru Province may have been responsible for recurring Jurassic environmental and biological crises..“

However, what caused this volcanic activity is not entirely clear… According to a 2017 theory, a possible cause of the eruptions was a tectonic plate called the Phoenix, which slid beneath southern Gondwana.

Earlier, Caru’s volcanism was thought to date back to that narrow phase of a million years that coincided with the mass extinction of the Toarsian.

Now, Lutinen and his colleagues are proving that Caru-Ferrara volcanism lasted for millions of years and could have been the cause of numerous disappearances during the Jurassic period.