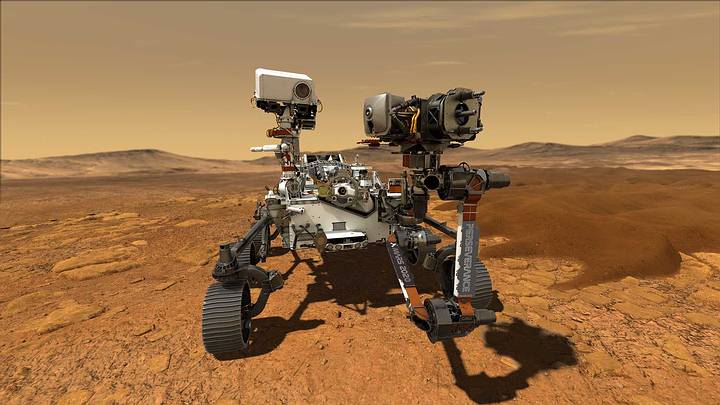 We don’t have to call it Mars 2020 anymore. The next NASA rover on Mars has been officially baptized with a new name: Perseverance.

“The new name goes like a ring to the new rover and his revolutionary mission. There has never been an exploration that makes history without perseverance, ” Thomas Zurbuchen, associate administrator of the Space Missions Directorate at NASA said, during a ceremony that took place yesterday.” Perseverance is a strong word, it is about progressing despite obstacles.”

As with the previous NASA rovers, Perseverance was named through a nationwide student contest. In this case, he received up to 28,000 entries, of which 155 semifinalists were selected and then reduced to nine finalists. Those nine included three proposals from each of the age categories (grades K-4, 5-8 and 9-2). The nicknames and the boys who proposed them were:

NASA encouraged the public to vote for their favorite of these finalists, but Zurbuchen had the final decision.

As a contest winner, Mather, a seventh grade student at Lake Braddock Secondary School in Burke, Virginia, received a free trip to Cape Canaveral, Florida, to witness the launch of Perseverance next July.

The boy read his winning essay during the ceremony and said he loves space and science, something he plans to empower throughout his life. “I want to go to college, have a degree in some engineering or science degree. Space and astronautical engineering sounds good to me now,” he said. “And then, after that, go to work at NASA.”

Thank you, Alex, for helping to give me my name. It will be a source of inspiration and resolve during the journey ahead, and I will wear it proudly. https://t.co/Itjjod3S1R pic.twitter.com/b7mt2cz7e8

Perseverance will land in the Jezero crater in February 2021, starting a $ 2.5 billion mission to look for signs of ancestral life on the red planet – the first time a NASA surface device actively and specifically searches Martians from the twin Viking landers in the mid 1970s and early 1980s.

”Jezero, which measures about 45 kilometers, is a great place to do this work, NASA said in a statement.” The crater housed a lake and the delta of a river billions of years ago, which means that life could have flourished there and left evidence of its existence” (Here on Earth, river deltas are great in the preservation of bio-signatures).