Last year the world was amazed at the first direct photograph of the shadow of a hole black. Now, looking further back at more rudimentary images, scientists have found evidence that the ring of matter around M87 * “flickers,” a phenomenon that could be due to magnetic fields ionizing the gas and making it turbulent. . 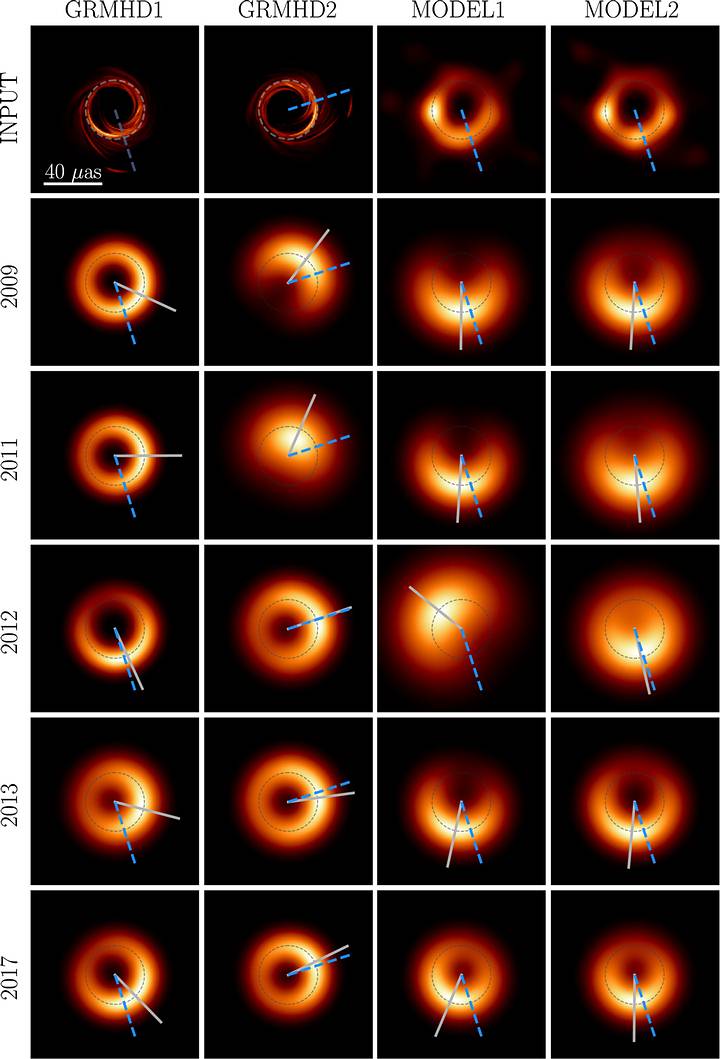 A study published this Wednesday in the journal The Astrophysical Journal has determined that the ring of matter around the supermassive black hole at the center of the galaxy M87 (M87 *) rotates and evolves over time, changing its shape and brightness.

In April of last year, scientists presented a visualization of M87 *, in what was the first image of a black hole. However, the appearance of the object was recreated based on observations that lasted only one week, a period too short to be able to perceive its changes.

To examine the evolution of the hole, the scientists studied data obtained between 2009 and 2013 by the Event Horizon Telescope (EHT), a collaborative project between observatories in several countries. 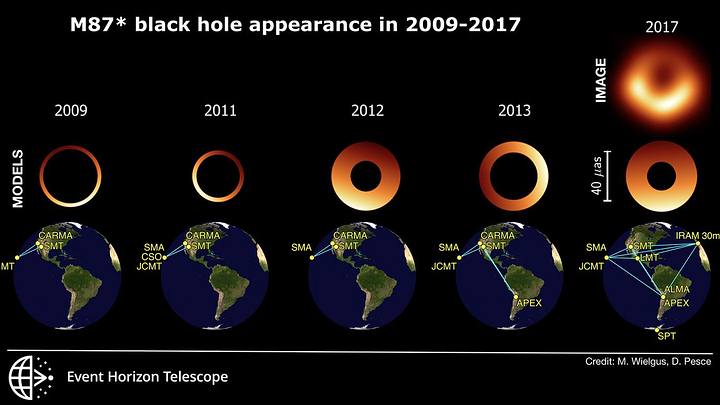 After combining them with data from 2017, the researchers discovered that the matter ring of M87 * was flickering. According to scientists, the phenomenon is due to the black hole’s magnetic fields ionizing and creating turbulence in the surrounding gas.

“Because the flow of matter is turbulent, the ‘crescent’ appears to shake over time. We actually see a lot of variation there, and not all theoretical accretion models allow for so much wobbling,” explains the lead author of the publication, Maciek Wielgus, in a statement from the University of Chicago.

“It means that we can start to rule out some of the models based on the dynamics of the observed source,” the researcher added.

Another member of the team, Geoffrey Bower, noted that observations of the black hole will continue and be more detailed as new observatories join the EHT project

“Monitoring the M87 * with an expanded EHT matrix will provide new images and much richer data sets for studying turbulent dynamics. We are already working on analyzing the data from the 2018 observations. […] We plan observations with two more sites in 2021, which will provide extraordinary image quality. This is a really exciting time to study black holes! ” Bower concluded.

In this article:black holes, galaxy M87