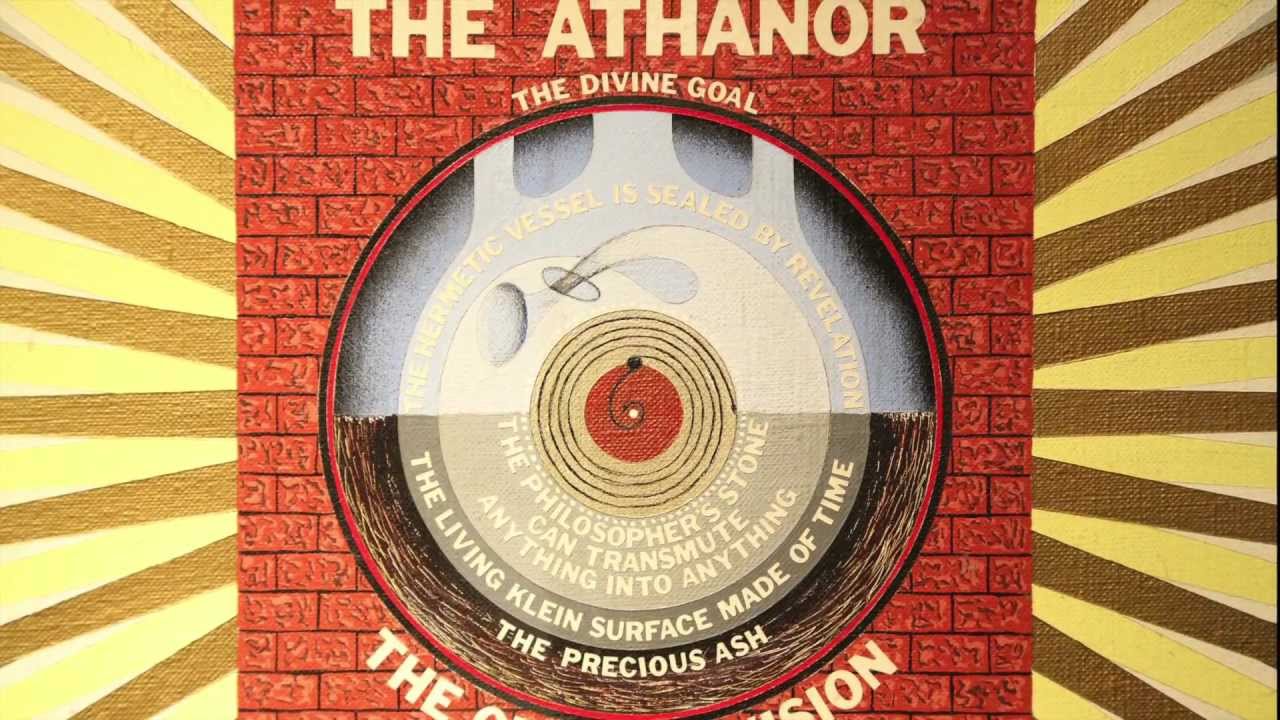 Boston-based artist and architect Paul Laffoley (1935–2015) had a strong affinity for mysticism, the occult, and theology, but claimed he had an alien implant in his head that influenced his work.

According to Laffoley, it is thanks to this implanted chip that he managed to create bright and unusual paintings and architectural visions.

His more critical fans are sure that “there is no alien implant” and his works were influenced and manipulated mostly by the personality of his father, who, although he worked as a lawyer, was a great lover of occult, Eastern religious practices, and was also supposed to be a medium.

In his youth, Laffoley was diagnosed with Asperger’s Syndrome. He lived for years in the home of an Indian Brahmin who taught mathematics at Harvard.

Paul himself said that his first spoken word was “Constantinople” at the age of 6 months, and then he did not say anything until he was four years old.

He watched the movie “The Day the Earth Stood Still” 873 times. He explained that his obsessive interest in the movie was partly due to his fascination with the film’s spaceship architecture, which was subconscious early in his life.

As a child he wanted to become an architect to design “flying saucers”, but became a registered architect when he was 50 years old.

Despite critics, in 1992, during a routine CT scan, an abnormal object was discovered in Paul Laffoley’s brain.

He shared with the public:

“In preparation for major oral surgery, I underwent a routine CT scan of my head. As a result, a miniature metal “implant” was discovered in my brain next to the pineal gland.

MUFON experts declared it a “nanotechnology” capable of speeding up or slowing down my brain activity. I came to believe that the implant was of extraterrestrial origin and was the main motivation for my ideas and theories.”

The paintings he painted have been exhibited in prestigious galleries, including Kent Fine Art in New York. Often they are filled with square mandala-style designs and various occult symbols such as the pentagram, the All-Seeing Eye, etc.

In addition to painting, Laffoley was an architect, and his most famous work is related to the World Trade Center in New York. The floor plans of the Twin Towers, which collapsed as a result of the September 11, 2001 attacks, were drawn up by him.

Occult symbols, pentagrams, the All-Seeing Eye, blown-up buildings. What did Paul Laffoley had in his head? An alien implant, an occult obsession, or both just because they couldn’t turn off? Was he a manipulated autistic person, or something completely different?

In this article:alien implants, Occult tech