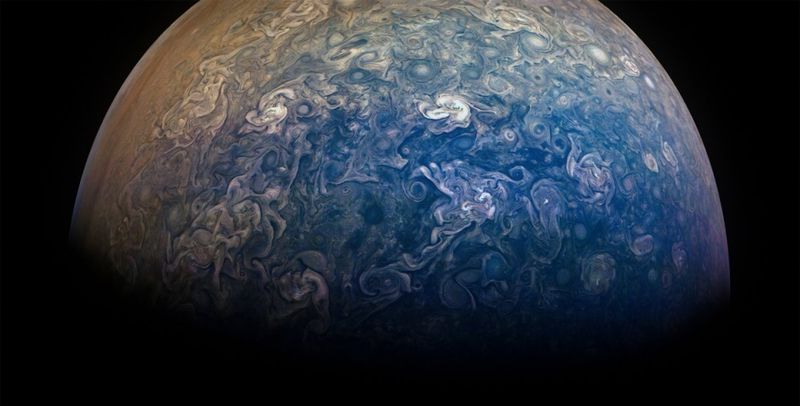 Juno, is NASA’s unmanned interplanetary space probe launched on August 5, 2011 to explore Jupiter, the second project under the New Frontiers program. The spacecraft entered the gas giant’s polar orbit on July 5, 2016. The mission’s purpose was to study Jupiter’s gravitational and magnetic fields, as well as test the hypothesis that Jupiter had a solid core. 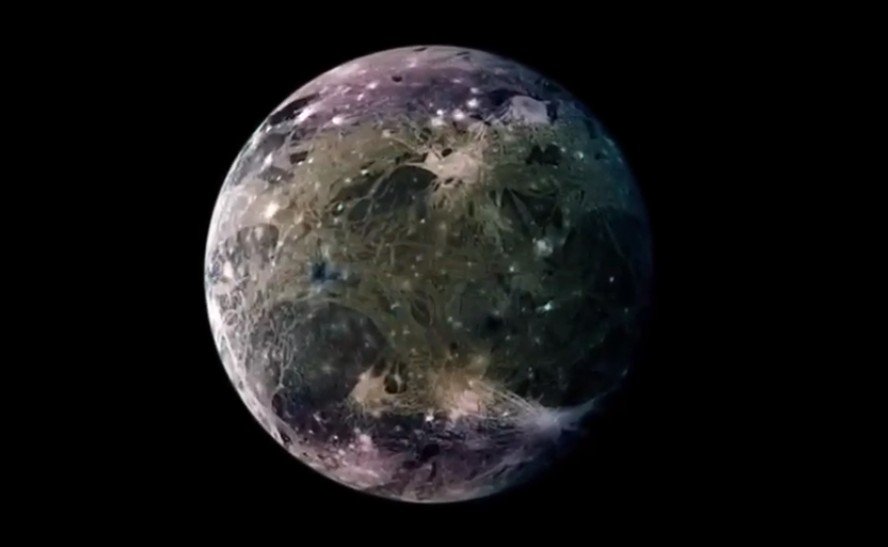 Instruments of the interplanetary probe Juno, which is exploring Jupiter, have detected a nearby signal at a frequency of about 6.5 megahertz, which is in the range of high-frequency radio waves. On Earth, they are used for ionospheric communications and radar beyond the horizon, but in Jupiter’s orbit, their source is presumably natural.

Such signals have been known for a long time: they are called decametric radio emission. However, for the first time, a spacecraft registered them in the immediate vicinity of their place of origin. In fact, the spacecraft flew through the source of the radio flash, near Ganymede, Jupiter’s largest moon.

Juno’s sensors observed the phenomenon for about five seconds, then merged with the background radiation. Given the speed of the spacecraft – about 50 kilometers per second – we can conclude that the area of ​​space where the signal is generated is about 250 kilometers in diameter. 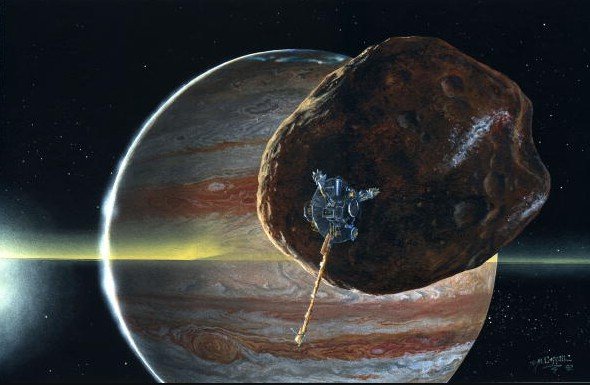 As NASA explains, the radio emission detected at a frequency of 10-40 MHz creates a stream of electrons spinning in Jupiter’s magnetic field. They generate a radio signal as a result of a process of instability of a certain maser cyclotron.

NASA was so terribly interested in this cyclotron instability that the Juno mission was decided to be extended indefinitely, and now the brilliant adepts are busy building a new ship, the money they managed to get in record time.

The intrigue is that conspiracy theorists knew about this radiation in October 2020, although NASA is only now talking about it. The story began with the following message appearing on one of the network cards:

According to this text, which was written by a CIA officer who disappeared in the fall of 2020, a team of intelligence agents erased and hid information about Ganymede’s orbiting discovery of an interplanetary space station-like object. created using advanced technology.

It was reported by “Juno”, which discovered a strange radio signal on June 6, 2020, which NASA is reporting only now. The signal was very powerful and came in a narrow beam, which does not happen in nature, so the satellite was slowed down and on the next revolution it turned to look: where does the radio signal come from?

The signal came from a bull-shaped object, inside which a sphere about 1000 feet in diameter was suspended. The sphere was of a metal-like substance, which glowed a purple light with a green tinge and rotated clockwise.

In this case, the torus rotated in the opposite direction. It also looked like the sphere had been damaged by some sort of internal explosion. No one had any idea what it was, and this was thought to be the work of Earth’s proto-civilization, which was trying to colonize Jupiter. The version of the object’s alien origin was also considered.