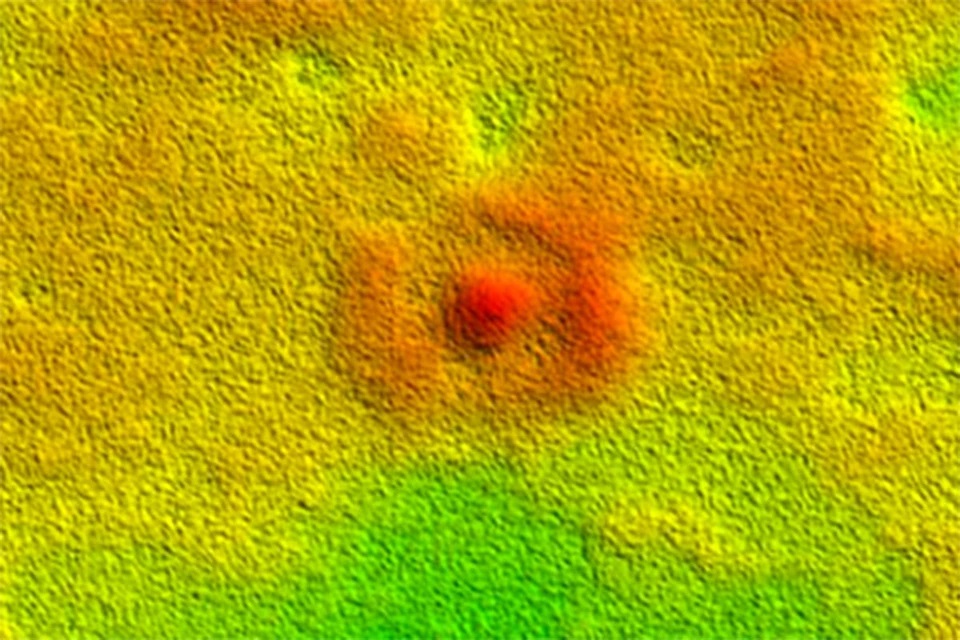 A mysterious ring rampart and a domed elevation in the middle were discovered in the deserted Australian desert of Nullarbor. This mysterious structure was found on satellite images by an international team of geophysicists led by Matej Lipar from the Research Center of the Slovenian Academy of Sciences and Arts.

The Nullarbor Desert is located to the north of the Great Australian Bight, stretches for a thousand kilometers and is considered one of the flattest and most boring places in the world. And here’s the surprise – the annular shaft is a little less than one and a half kilometers in diameter, reminiscing of a dome. Where is it from and who built it?

Humans could definitely not – the “structure” is more than 10 million years old. There were no meaningful builders, according to the ideas of traditional science, then.

It could be assumed that the crater was left by an asteroid impact but the dome in the middle is too big for an impact crater.

Scientists believe that the structure is still of natural origin. It is a petrified coral reef, which at one time – when it was still growing – acquired such a bizarre shape.

It was in fact formed a long time ago – about 14 million years ago while there was a shallow ocean in Mars. When the ocean receded, its bottom became a flat desert, and the reef turned into limestone.

The researchers presented their arguments in the journal Earth Surface Processes and Landforms. Their article is referenced by the ScienceAlert portal.

The explanation is sensible, but one misunderstanding prevents it from being accepted unconditionally. A very similar structure has been found on Mars, there is a shaft, and a dome. They were seen five years ago by virtual archaeologist William Benton, while “exploring” Mars using Google Earth / Mars app.

The Martian dome, however, is much smaller than the Earth’s. According to Benton’s estimates, its diameter is several tens of meters and visible in the photos from the orbit of the Red Planet.

It is located between the Mawrth Vallis region and the Oyama crater, which, in turn, are located near the equatorial region of Mars. A dome in the form of a hemisphere sticks out of a small crater and it was possibly created by corals. Theoretically, this version can not be excluded as it is believed that 2-3 billion years ago, oceans splashed on Mars.

Another hypothesis is popular among virtual archaeologists – the dome was erected by aliens and there is possibly an antenna inside it or the dome covers the entrance to some underground structures.