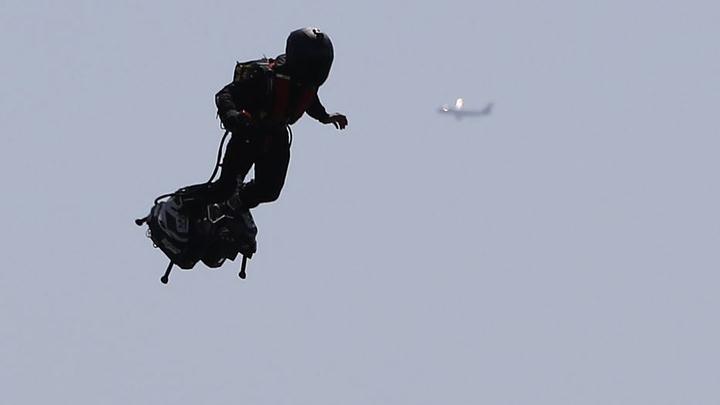 The FBI is investigating a curious incident that took place near the Los Angeles International Airport (LAX), after a pilot of American Airlines report seeing a mysterious figure flying at a dangerous height and distance.

“We just passed a guy in a jetpack,” the American 1997 flight pilot reported to the control tower, as he approached LAX at about 3,000 feet (1,000 meters). In the video that illustrates this story, you can listen to the broadcast via radio.

Also, a second pilot supports the testimony, adding that visibility was optimal at the time.

Jetpacks can fly the heights described, but this is rare. It is assumed that people with the technical and financial means to do so, in addition, would understand the regulations that govern flights near airports, where they could cross the path of aircraft and generate a collision.

One theory suggests that the incident could be some scene or publicity stunt for social media. However, no one so far has been held responsible for the feat, and normally any promotional video in this sense is made in strips of the sky closer to the ground, from which the protagonists do not usually rise more than a few seconds.

The Los Angeles Police Department (LAPD), after being notified by the airport authorities, reacted by trying to locate the person in the jetpack using a helicopter and ground patrols, but the search was unsuccessful.

On the other hand, two retired pilots who are currently instructors and consultants for air safety, have declared that they believe their colleague, highlighting their eyes trained to distinguish any air traffic and describe it in detail. In this case, it is estimated that the flying figure was only 300 yards (275 meters) from the pilot’s window.

For now, the incident remains a mystery, a very dangerous one given the aftermath of a potential air collision. Could it be more than a man with a jetpack? Some kind of giant drone or small helicopter? A secret technology test? A flying humanoid?

In this article:Jetpack man, Los Angeles