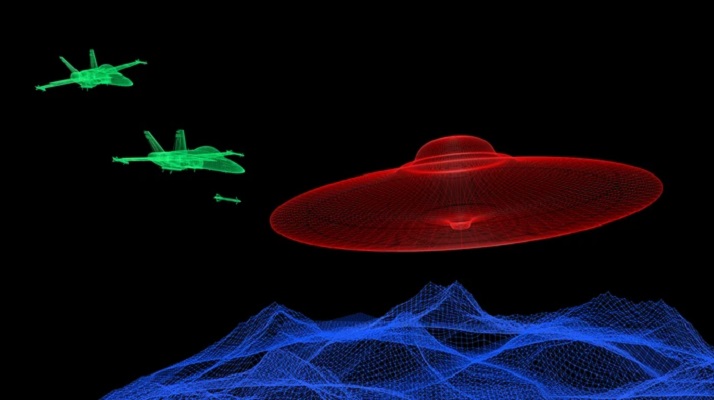 In 2017, the New York Times revealed the existence of a $ 22 million UFO investigation program, called the Advanced Aerospace Threat Identification Program, or AATIP. However, there was a twist two months ago when Susan Gough, a Pentagon spokeswoman, told John Greenewald – Black Vault, the largest civilian archive of declassified government documents – that AATIP had nothing to do with UFOs. Greenewald also wrote that the Pentagon told him that another program, the Advanced Aerospace Weapons System Application Program (AAWSAP), was the name of the contract the government granted to produce reports under AATIP.

On a new article from Popular Mechanics, journalist Tim McMillan acquired documents from the exotic scientific division of Bigelow Aerospace, a Bigelow Aerospace Advanced Space Studies, or BAASS, indicating that the organization has explored strange phenomena under the auspices of the AATIP program.

A BAASS report, released to McMillan by an unidentified source, had previously appeared in a list of products produced under the AATIP contract “For DIA to publish” (DIA = Defense Intelligence Agency), obtained through the FOIA (Freedom of Information Law) laws. The report was misquoted in that list, but the Popular Mechanics located its author, who confirmed its authenticity. The report investigated ‘exotic’ propulsion through injuries to people who suffered “exposure to anomalous vehicles”. The text mentions UFOs several times.

What cannot be overemphasized is that, when looking at the literature of anomalous cases, including claims of UFOs from the most reliable sources, the extent and degree of high-level, but not necessarily chronic, low-level acute injuries are consistent among patients who are Injured compared to witnesses from the distant field who are not.

Notably, the report’s author – Christopher ‘Kit’ Green – told the Popular Mechanics that he was not hired by BAASS, except to produce this report, and that it provides zero evidence of extraterrestrial or non-human technologies.

Another BAASS report from 2009 and published by Popular Mechanics who doesn’t mention DIA by name, just a “sponsor”, is even more explosive. This shows that, at the time when BAASS was producing reports under AATIP, it explored a wide variety of strange phenomena, including “physical effects” of unknown aerial phenomena, or UAPs (acronym in English); the “biological effects” of encounters with UAPs in biological organisms; an order for documents from the Air Force’s UFO investigation program, Project Blue Book; mention of several UAP incidents, including violations of restricted airspace near a nuclear weapons facility; and that the infamous Skinwalker Ranch Utah is a “possible laboratory for studying other intelligences and possible interdimensional phenomena”.

The owner told the Motherboard in an interview:

Skinwalker Ranch remains one of the best places to study and record UAP (UFO) activity. Where else do you have constant monitoring with recording instrumentation across a wide spectrum?

A curious side note in this story is the role of Luis Elizondo, a former Pentagon official who claims to have administered the AATIP program. In statements earlier this year, the Pentagon told the Motherboard that Luis Elizondo was not involved in AATIP. McMillan received documentation from an unnamed source who allegedly supports Elizondo’s claims, but did not publish them in full, just an excerpt from a memo that alludes to responsibilities under AATIP, but does not mention Elizondo by name.

In a statement to the Motherboard, Elizondo said that although the AAWSAP and AATIP programs are no longer active, the Pentagon is still involved in investigating sightings and encounters with unknown aerial phenomena in a different program portfolio. He also said that he believes the largely unpublished documentation is “vindication”, adding that “the truth always prevails“.

Motherboard sought out the Pentagon for an official statement on the leaked documents and Elizondo’s alleged role in the program. Pentagon spokeswoman Susan Gough told the Motherboard that the Pentagon will release a new public statement in the coming weeks on the AAWSAP / AATIP programs.

In this article:AATIP, Skinwalker Ranch