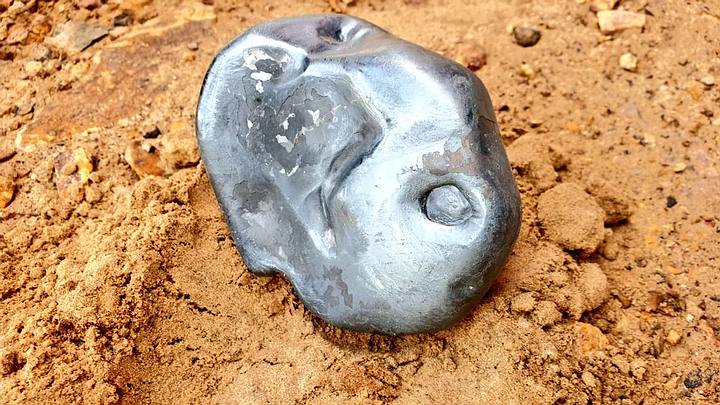 The object fell from the sky in the town of Sanchore, Rajasthan, this Friday morning (7 a.m. local time). The explosion produced by the impact was such that it resonated at a distance of 2 kilometers, as reported India Today.

“There was a tremendous noise in the morning, as if an airplane had crashed. However, at first we couldn’t see where it had fallen. It was only after a while that we were able to find an object lying in a 30-centimeter crater. He fell only 100 meters from my house. We immediately notified the authorities,” said the local Ajmal Devasi.

The object, which stands out for its shiny metallic appearance, weighs around 2.78 kilograms. According to local reports, it continued to emit heat even after three hours of its fall, leading many area residents to think it could explode at any time. 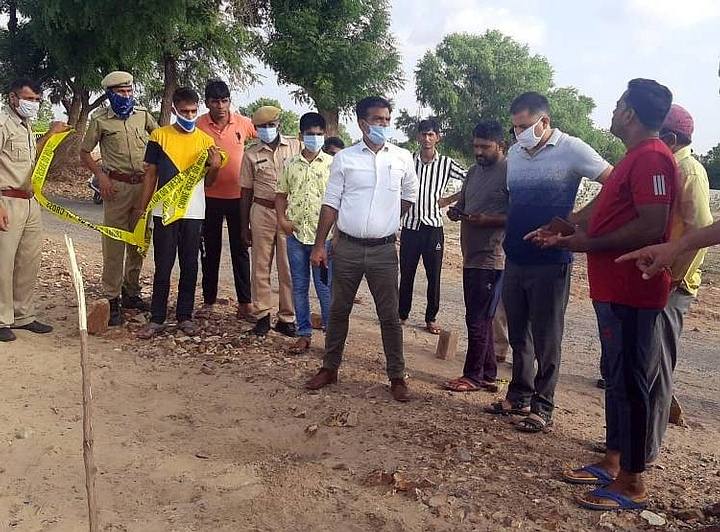 After it cooled, authorities collected the meteorite and put it in a jar for transport.

The police have stated that it has been made available to experts for study and that more details about its origin and composition will soon be known.

Photos of the meteorite were shared on Twitter, generating great amazement and a number of responses.

Meteorite like object falls in Sanchor area in Jalore district at 7 AM on Friday, (June 19, 2020)

As per geologists it is a metallic meteorite – very rare and most valuable. @ParveenKaswan pic.twitter.com/6upY31jPLF

This event happened a few days after a spectacular green fireball crossed the skies of Australia, surprising sky watchers. The object appeared shortly before 1:00 a.m. (local time) last Monday, according to witness reports from the Pilbara region of Western Australia, Northern Territory and South Australia.

A spectacular light show over Australia’s northwest has stunned everyone who saw it, and left experts struggling to explain it. A massive green fireball tearing across the sky. https://t.co/SPDAy9RPXG @ Rob7Scott # 7NEWS pic.twitter.com/AWILbwv4pp