The Universe is a mysterious place. We don’t know why it exists, and there are many unanswered questions about how. But what if it was created on purpose by an intelligent entity? Is there any way to find out? 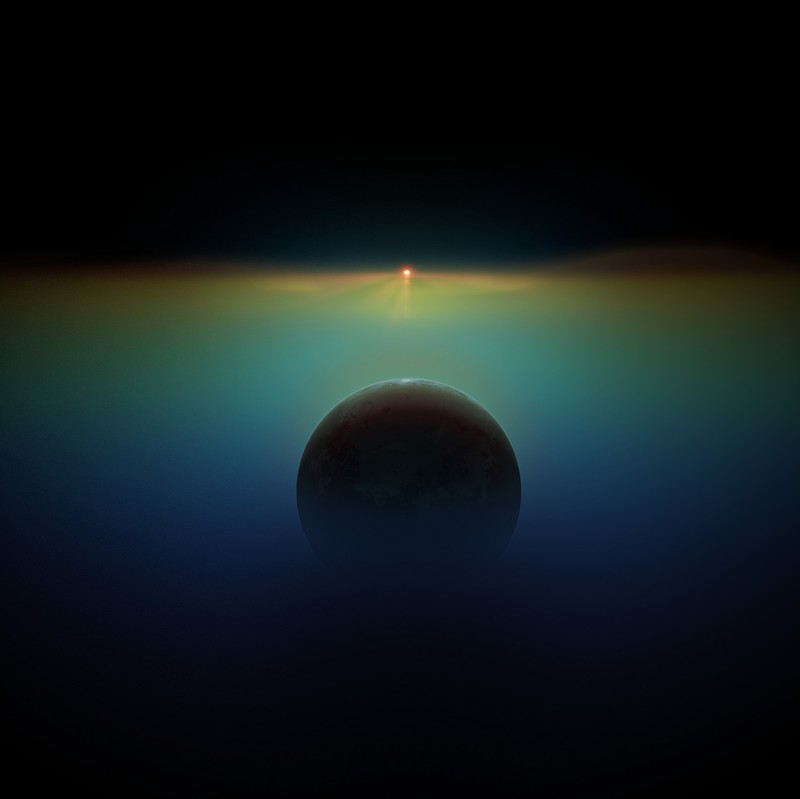 In 2005, a pair of physicists proposed that if there were a Creator, they could have encoded a message in the background radiation of the Universe, what was left of when light was first unleashed to flow freely through space. This light is called the cosmic microwave background (CMB).

Now astrophysicist Michael Hippke of the Sonneberg Observatory in Germany and a member of the project Breakthrough Listen, you have looked for this message, translating the temperature variations in the CMB into a binary bit stream.

For now, the result seems to make no sense …

Hippke’s article describing his methods and findings has been uploaded to arXiv prepress server (and therefore not yet peer reviewed); The work includes the extracted bit stream so that other interested parties can study it for themselves.

The cosmic microwave background is an incredibly useful relic of the early Universe. It dates back to about 380,000 years after the Big Bang. Before this, the Universe was completely dark and opaque, so hot and dense that atoms could not form; Protons and electrons flew in the form of ionized plasma.

As the Universe cooled and expanded, those protons and electrons would combine to form neutral hydrogen atoms, in what we call the age of recombination. The space cleared and light was able to move freely through it for the first time.

This first light is still detectable today, albeit very faintly, covering all known space. That’s the CMB. Since the early Universe was not uniform, the density variations at the time of recombination are manifested today in very slight fluctuations in the temperature of the CMB.

“Our work does not endorse the Intelligent Design movement in any way,” they expressed in his article from 2006. “But he asks himself, and tries to answer, the completely scientific question of what the medium and the message could be if there really were one.”

They proposed that a binary message could be encoded in temperature variations in the CMB. This is what Hippke has tried to find, first by addressing the claims made by Hsu and Zee, and then using the data to try to find such a message.

Message from a higher being

«The assumptions (of Hsu and Zee) were, first, that some higher Being created the Universe. Second, that the Creator really wanted to notify us that the Universe was created intentionally,” Hippke wrote.

So the question is: how would you send us a message? The CMB is the obvious choice, because it is the largest billboard in the sky and is visible to all technological civilizations. Hsu and Zee go on to argue that a message on the CMB would be identical to all observers in space and time, and the information content could be reasonably large (thousands of bits).

Hippke discovered that there are several problems with these claims. The first is that the CMB is still cooling. It started at about 3,000 Kelvin; now, 13.4 billion years later, it’s 2.7 Kelvin. As the Universe continues to age, eventually the CMB will become undetectable. It may take another 10 duodecillion years (10 ^ 40), but the CMB will disappear.

That aside, physicists discovered in 2006, in response to Hsu and Zee’s paper, that the CMB is extremely unlikely to appear exactly the same in the sky to different observers at different locations. Furthermore, Hippke argues, we cannot see the entire CMB due to the close-up emission from the Milky Way. And we only have one sky to measure, which presents an inherent statistical uncertainty in every cosmological observation we make.

Based on these limitations, Hippke estimates that the information content would be much lower than that proposed by Hsu and Zee: only 1,000 bits. This gave him a good framework for the actual search for the message.

The Planck satellite and the Wilkinson Microwave Anisotropy Probe (WMAP) observed and recorded temperature fluctuations in the CMB. It was from these data sets that the astrophysicist extracted his stream of bits, comparing the results of each data set to find matching bits.

He found that changing the values ​​did not improve the situation. Searching the online Encyclopedia of Integer Sequences did not yield convincing results, nor did it change the data to approximate the infinite future.

“I cannot find any significant messages in the actual bitstream,” wrote the expert. “We can conclude that there is no obvious message in the CMB sky. However, it is not clear if there is (was) a Creator, if we live in a simulation or if the message was printed correctly in the previous section, but we failed to understand it.

Whether or not either of these options, the WBC has a lot more to tell us, as wonderfully pointed out in a 2005 response to Hsu and Zee.

“The CMB sky encodes a great deal of information about the structure of the cosmos and possibly the nature of physics at the highest energy levels”, they wrote physicists Douglas Scott and James Zibin of the University of British Columbia. “The Universe has left us a message by itself.”

In this article:Creator, god message