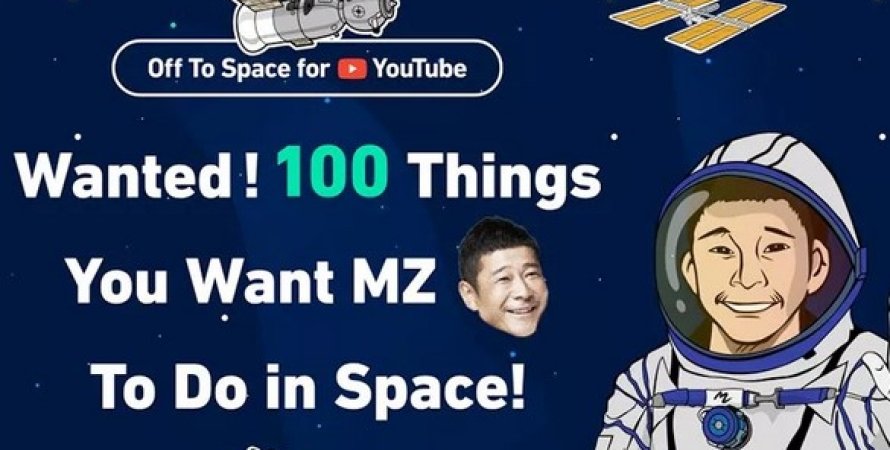 What would you like to do on a 12-day space trip? The Japanese billionaire who is going to fly to the ISS needs your ideas. In fact, he wants as many as 100 of them, according to Space.

Yusaku Maezawa, who will fly on the Russian Soyuz MS-20 spacecraft in December, asked the public to help him decide what he should do while on board the space station.

“I need your ideas! I want this experience to be for everyone, not just me, so I came up with this plan. What should I do in space? What should I take with me into space?” – Maezawa wrote on his website, which was created specifically to describe the tourist mission.

These ideas can be stupid or serious, says a space tourist. He plans to select 100 of the proposed ideas to implement during filming in orbit for his YouTube channel.

Maezawa suggested the following ideas as an example: “Do you move forward when farting in space? What happens when you play Pokemon GO in space? Call someone on Earth from space!”

Although Maezawa is ready to choose any ideas, it should be borne in mind that he will not be able to take all the necessary things to implement certain ideas, with him into space. There is not much space on board the Union.

But all the ideas that require equipment will be considered by the American space tourism company Space Adventures, which organizes Maezawa’s flight, and Roscosmos, which manages the mission.

Those whose ideas are selected will be awarded a personal patch depicting the Soyuz spacecraft against the backdrop of a white symbol of the world covering the Earth.

“You will receive a mission patch with your name embroidered on it, identical to the one I will wear!” Maezawa wrote.

Maezavi also needs ideas from commercial companies or research institutes that want to work with him to experiment or test new products in space.

The submission of ideas and proposals is open on Maezawa’s website, which is dedicated to the mission “Off to Space for YouTube” until May 30. The winners will be announced in June.

Maezawa is scheduled to launch the Soyuz MS-20 spacecraft from Russia’s Baikonur Cosmodrome in Kazakhstan to the International Space Station on December 8, along with his production assistant Yozo Hirano and Roscosmos cosmonaut Alexander Misurkin.

For Maezawa, this flight will be a training one. Because the billionaire has already booked a flight around the moon on the SpaceX Starship spacecraft.

It will be recalled that Maezawa and Hirano will be the first space tourists to visit the ISS since 2009.

In this article:ISS, Space Tourism