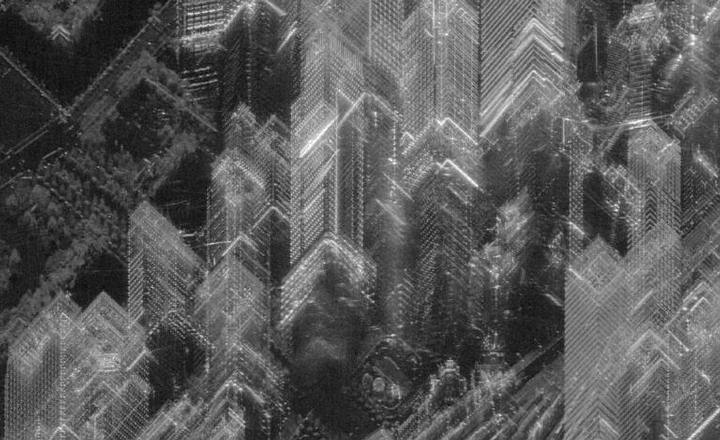 The resolution is so sharp that you can see inside individual rooms.

A few months ago, a company called Capella Space launched a satellite capable of taking radar images of any part of the world, with incredible resolution, even through the walls of some buildings.

And unlike the wide variety of observation and surveillance satellites that orbit the Earth, your Capella 2 satellite can take a clear image at night or day, rain or shine.

“It turns out that in one half of the world it is night, and in the other half – on average – it is cloudy,” he told Futurism CEO Payam Banazadeh, former systems engineer at NASA’s Jet Propulsion Laboratory.“

When you combine those two together, about 75 percent of the Earth, at any given time, will be cloudy, it will be night, or both. It is invisible to you and that part is moving.

Last Wednesday, Capella launched a platform that allows government or private clients to request images of anything in the world, a capability that will only become more powerful with the deployment of six additional satellites next year.

Is that creepy from a privacy point of view? Of course. But Banazadeh says it also plugs numerous holes in the ways scientists and government agencies can currently monitor the planet.

‘There are a lot of gaps in the way we look at Earth from space; most of the sensors we use to observe Earth are optical imaging sensors, ” he said.

If it is cloudy, you will see the clouds, not what is happening under the clouds. And if there is not much light, it is going to cost you a lot to get an image that is useful.

In contrast, Capella can look straight through the cloud cover and see just as well in daylight as in total darkness. That’s because, instead of optical imaging, it uses synthetic aperture radar, or SAR. 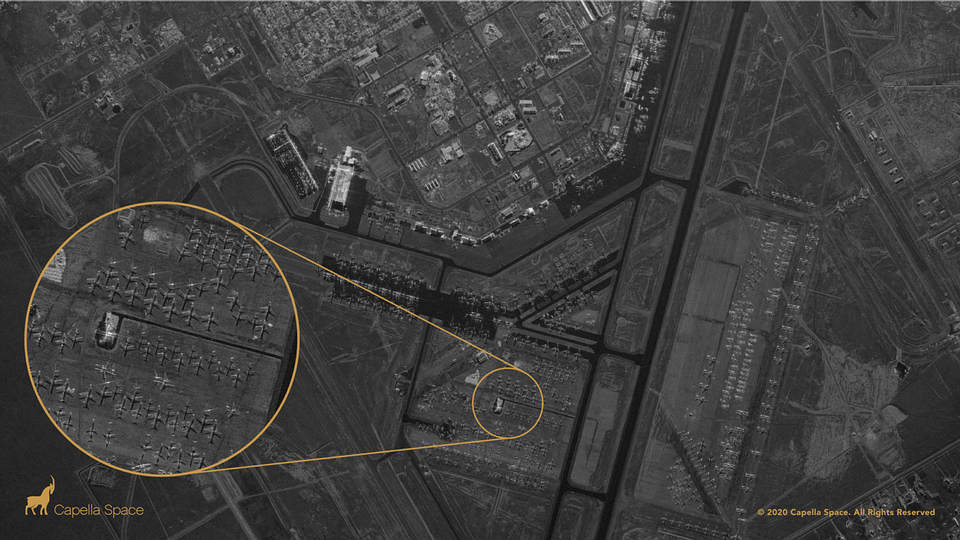 SAR works in a similar way to how dolphins and bats navigate using echolocation. The satellite emits a powerful 9.65 GHz radio signal towards its target, and then collects and interprets the signal as it bounces back into orbit. And because the satellite sends its own signal rather than passively capturing light, sometimes those signals can even penetrate directly through the wall of a building, looking inside like Superman’s X-ray vision.

“At that frequency, the clouds are quite transparent,” Banazadeh explained. «It can penetrate clouds, fog, humidity, smoke, mist. Those things don’t matter anymore. And since it’s generating its own signal, it’s like carrying a flashlight. You don’t care if it’s day or night.

Capella did not invent the SAR. But Banazadeh says it is the first US company to offer the technology and the first in the world to offer a more accessible platform for potential customers to use.

“Part of the challenge in this industry is that working with satellite imagery providers has been difficult,” he said. “You may have to send a lot of emails to find out how they can collect images for you. In some cases, you may need to send a fax.

Another innovation, he says, is the resolution at which Capella’s satellites can collect images. Each pixel in one of the satellite images represents a 50-centimeter by 50-centimeter square, while other SAR satellites on the market can only reach about 5 meters. When it comes to really discerning what you’re looking at from space, that makes a huge difference.

Cityscapes are particularly intriguing. Skyscrapers stick out of the Earth like ghostly angular mushrooms, and if you look closely, you notice that you can see directly through some of them. You won’t be able to see the image below because it is too compressed, but Banazadeh said the original image was so detailed that you could see individual rooms. 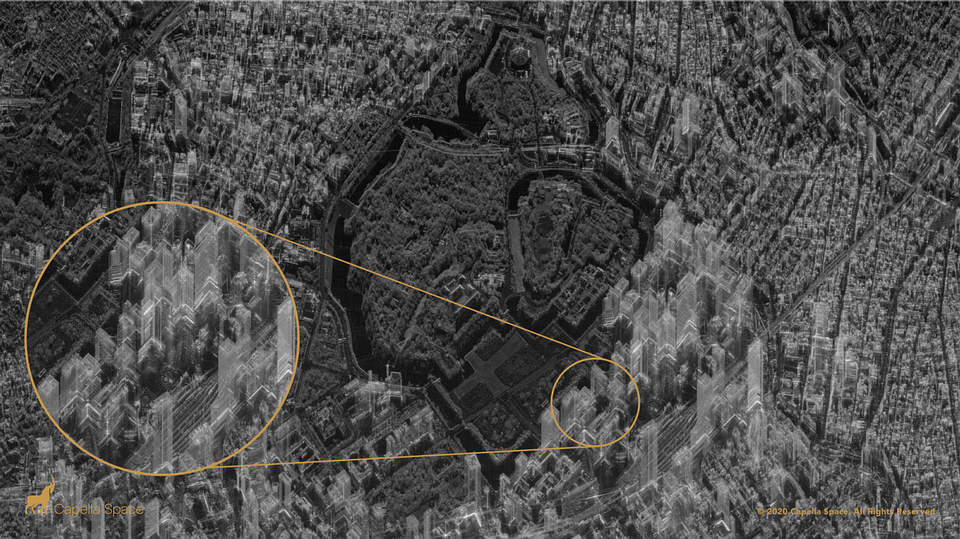 Right now that’s the best possible resolution with SAR. Not because of technological limitations – Cappella hopes to improve with subsequent satellite launches in the future – but because of US law.

And, curiously, that resolution limit is the only limit that the law imposes on services like Capella’s. As long as the company doesn’t improve resolution one hair more than it does now, the CEO said its satellites can get images from anywhere in the world a paying customer requests, even technically the inside of a home.

Those clients, he explained, could be government agencies monitoring a hostile military for movement or scanning an airport for activity. That’s where that wall-penetrating vision comes into play. Banazadeh gave the example of an airport where planes hidden under a canopy became clear as day thanks to SAR satellites. Clients can also be scientists looking through the dense clouds of the Amazon rainforest to track deforestation, or even investors monitoring global supply chains.

“We are making it very easy for people of all backgrounds to interact with a company like ours, and that will inevitably bring in more users who were previously unable to access this market. That is what we long for,” Banazadeh concluded.

In this article:Capella Space, satellites