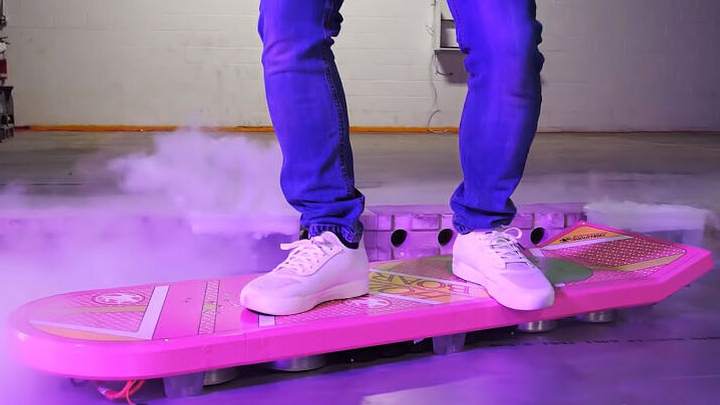 The engineers behind the popular YouTube account Hacksmith Industries have created a functional floating table. It is certainly not at the level of that view in the second installment of Back to the Future but it is humbly lifted off the ground with magnets and is not a marketing stunt or hoax like other previous projects that were inspired by the same.

To begin with, the board must be suspended on a sheet of steel to work — and it is not the safest way to move, as it often catches fire.

The floating table project (hoverboard) was taken over by Canadian engineering student Jimmy Zhou, a fellow at the company. Zhou spent several months working on the required technology. “He drank more Red Bulls than a frat on spring break,” recalls the founder of Hacksmith Industries, James Hobsen, in the video.

To float the board in the air, the team installed eight rotating magnets that created a powerful magnetic field when placed on a steel floor, lifting and pushing the board.

However, there is a big downside to this contraption. Electrical currents generate a lot of heat, causing the board to suddenly catch fire several times during the testing process.

So if you are ever chased by some futuristic cyberpunk thugs, be sure to bring a fire extinguisher.

In this article:floating table project, hoverboard