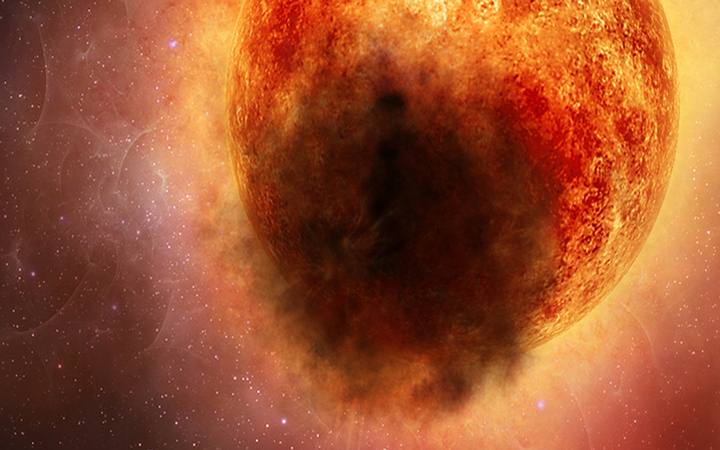 At the end of last year, astronomers reported a strange darkening of the star Betelgeuse, on the shoulder of the constellation Orion, speculating that it could explode at any moment. However, that did not happen and in May of this year the star returned to its usual luminosity. What happened then? New research answers it.

The study supports one of the hypotheses previously proposed to explain the darkening: a cloud of dust. However, it adds a new twist, it was Betelgeuse itself that generated the cloud.

Astrophysicists studied the star in 2019 and 2020 using the legendary Hubble space telescope. The observations revealed that at the beginning (November 2019) large amounts of material were moving from the surface of this one towards its outer atmosphere at tremendous speeds – about 320,000 km / h.

“The star lost twice as much material as it normally loses into space from its southern hemisphere,” the researchers write in the study published in The Astrophysical Journal. “This super-hot plasma, or electrically charged gas, cooled after traveling millions of kilometers from Betelgeuse, condensing into dust grains that formed a cloud with the ability to block light.”

“This material was two to four times more luminous than the normal brightness of the star”, the main author specifies Andrea Dupree, associate director of the Center for Astrophysics at Harvard University. “About a month later, the southern part of Betelgeuse became noticeably dark, so we think it is possible that the dark cloud was the result of the eruption detected by Hubble.”

Additional observations from the space telescope supported this interpretation. The ultraviolet light data showed that the red supergiant’s outer atmosphere had returned to normal in February 2020, even when dimming at visible wavelengths continued.

For now it remains a mystery what caused the eruption in the final months of 2019. However, Dupree and study co-author Klaus Strassmeier of the Leibniz Institute for Astrophysics in Potsdam, Germany, think it was likely induced by the regular pulsations of Betelgeuse. .

The supergiant expands and contracts in a cycle of 420 Earth days. Strassmeier measured the speed of the gas at the surface using an automated telescope, and found that the eruption occurred during the stellar expansion phase. 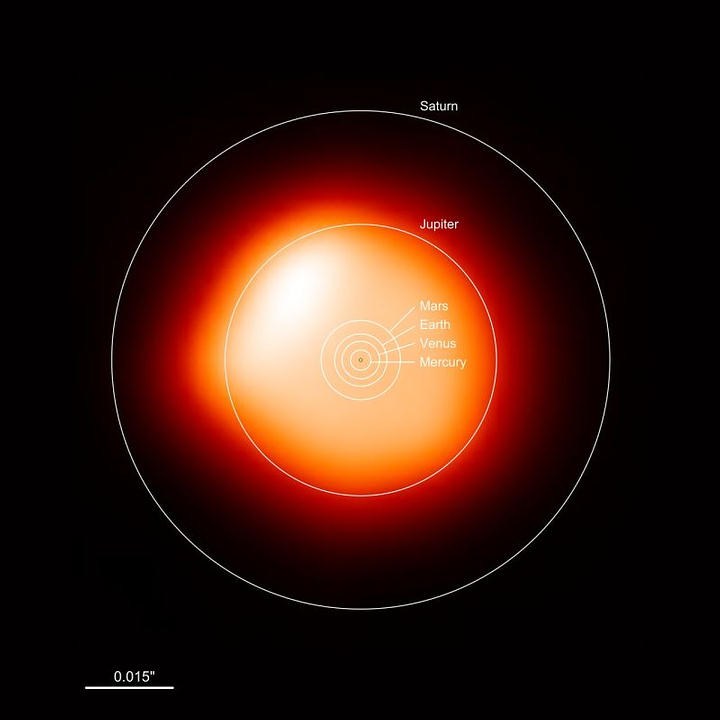 The Solar System superimposed on the large size of the star Betelgeuse.

Dupree’s team plans to continue studying Betelgeuse with Hubble, and other astronomers will do the same to closely follow the development of the situation – more than interesting at present considering that the star could be reaching the end of its days.

‘Nobody knows what a star does before it explodes and goes supernova, because it was never observed. Astronomers have seen stars perhaps a year before they transformed into supernovae, but never days or weeks before it happened, ”concludes the lead author.

In this article:Betelgeuse, constellation Orion