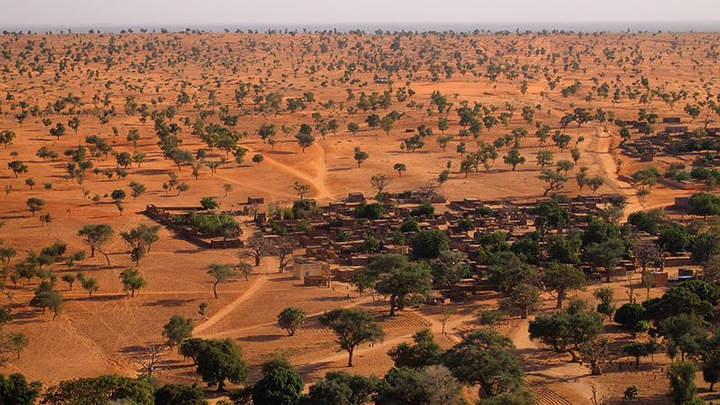 If you think that the Sahara is only covered with sand dunes and rocks, maybe it is time to modify that notion a bit.

In an area of ​​Africa 30 times the size of Denmark, an international team led by the University of Copenhagen has counted nearly 1.8 billion trees and shrubs. The area studied is 1.3 million square kilometers and covers the westernmost portion of the Sahara, the Sahel and the sub-humid regions of the south.

“We were very surprised to see such a large number of trees growing in the Sahara desert, because until now, most people thought that these were virtually non-existent. We count hundreds of millions, something that would not have been possible without the assistance of technology. In fact, I think this marks the beginning of a new era of science, ‘said Professor Martin Brandt, lead author of the published study in Nature.

Normal satellite images are unable to identify individual trees, they are literally invisible. This coupled with the limited interest in counting trees outside forested areas led to the prevailing idea that there were almost no trees in this particular region of the world. 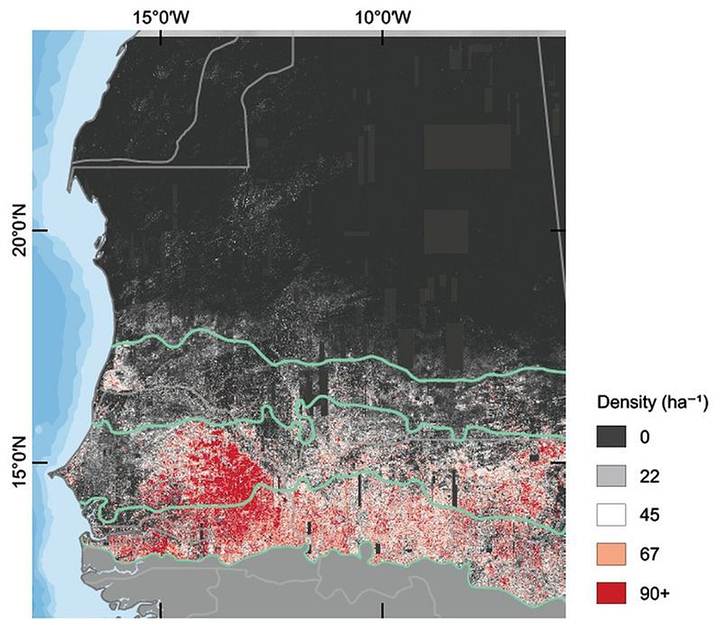 In this map you can see the number of trees per hectare in the studied area.

But if you combine the satellite images – in this case provided by NASA – with a deep learning algorithm (artificial intelligence), the story is very different. And this made it possible to count trees throughout a desert area for the first time.

“It is about one tree per hectare on average in the hyper-arid Sahara. It doesn’t sound like much, but I think it’s more than one might have thought, ”Brandt explained. In addition, he clarified that the investigated area represents only 20% of the Sahara and the Sahel, “so the total tree count is much higher.”

The new knowledge obtained by scientists is important for several reasons. For example, it represents an unknown factor when it comes to talking about the amount of global carbon.

‘Trees outside of forested areas are not usually included in climate models, and we know very little about their carbon storage. They are basically an empty spot on the maps and an ignored component in the global carbon cycle, ‘explained the professor.

In addition, the study presented contributes to a better understanding of the importance of trees for biodiversity, ecosystems and for the people who live near them. In particular, this knowledge is important to develop programs that promote agroforestry, which plays a major environmental and socioeconomic role in these arid regions. 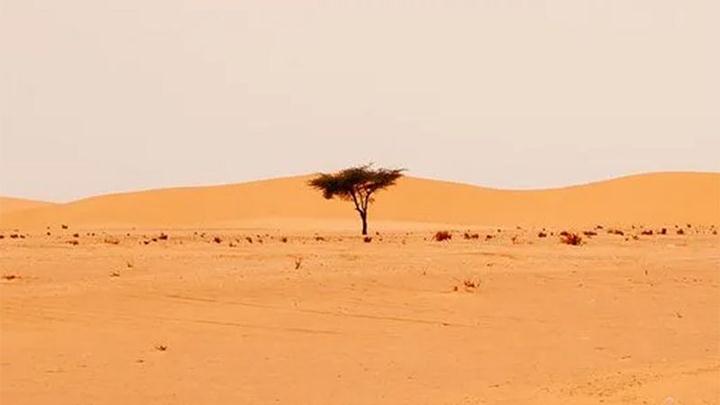 There are millions of lonely trees like this in the Sahara. The satellite images that artificial intelligence used to find them are usually reserved for military or industrial uses

“Therefore, we are also interested in using the satellites to determine the species of the trees, since this is significant in relation to their value for the local population who use the wood resources as part of their livelihood. Trees and their fruits are consumed by both humans and livestock, and when preserved in the fields, they have a positive effect on crops by improving the balance of water and nutrients, ”said Professor Rasmus Fensholt, co-author of the study.

The research on which the scientific paper is based had the collaboration of the Department of Computational Science at the University of Copenhagen, where the experts developed a deep learning algorithm specifically programmed to count trees in as large an area as possible.

The researchers taught the algorithm what a tree looked like by “feeding” it with thousands of images of various trees. Based on the recognition of their shapes, the model was able to automatically identify and map trees over large areas and thousands of images. The algorithm took only hours what humans would have taken several years to achieve.

“This technology has enormous potential in documenting change and contributing towards climate goals on a global scale. We are motivated to develop this kind of beneficial artificial intelligence ”, concluded the professor and co-author of the article Christian Igel.

The next step is to take the count to a larger area of ​​Africa. And, in the long run, create a global database of all the trees growing outside the great forests and jungles.

In this article:Sahara Desert, satellites