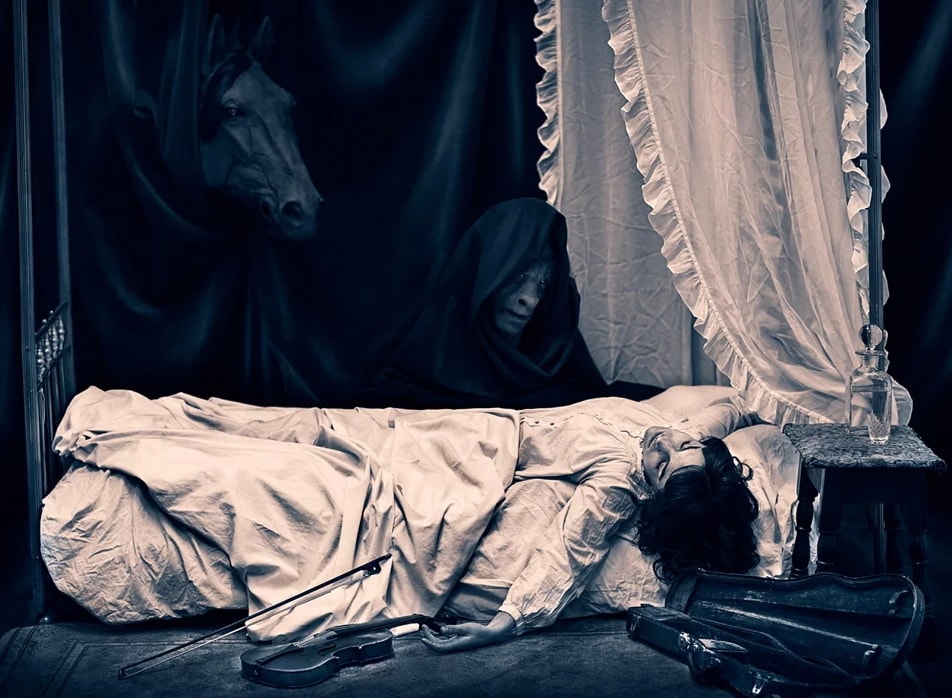 Have you ever woken up in the middle of the night and realized that the clock is 03:33? Perhaps, when you saw these numbers, you began to experience an inexplicable fear. Indeed, on a subconscious level, it seems to many that this time is fraught with something terrible.

After going through the forums dedicated to dreams, you come to the conclusion that this is by no means a rare occurrence. Someone will say that this is due to the impressionability of people, and we see such a time no more often than any other, just these numbers remain in our memory – 03:33.

And, in part, they will be right, but behind these numbers lies something else … The time of 03:33 can really be called mysterious, there are both paranormal and scientific explanations for this, which may surprise you.

There are many people who claim that they have repeatedly woken up and continue to do so exactly at 03:33. At the same time, there are usually no visible reasons for their awakening at this time.

Some researchers attribute this phenomenon to psychology or sleep disturbance, however, in recent years, not hundreds, but thousands of testimonies of awakening in the so-called “time of the dead” have been collected around the world.

Moreover, some eyewitnesses said that they experienced strange sensations at the moment of awakening and even saw something ghostly. Maybe it’s not for nothing that they say that around this time people most often encounter paranormal phenomena? Although, pareidolia, a type of illusion, can be to blame for everything, when a rich imagination turns night shadows into ghosts and other scary creatures.

“The Hour of Death”

At some point, this time point became so well known that even some theologians tried to interpret it. And I must say that they found several original explanations.

According to the Christian religion, Jesus Christ died at about 3 pm or a little later. From this came the hypothesis that 03:33 is the time opposite to what time he died. And, therefore, at this moment a kind of portal opens through which evil enters our world.

We can’t help but be skeptical about this assumption, mainly because the supposed death of Jesus Christ has too vague a time frame to allow such conclusions to be drawn.

On the other hand, a theory appeared from approximately the same area that this time is associated with the so-called Devil’s Number – 666. After all, if we divide it in half, we get 333.

In this case, the connection with the forces of evil is much more obvious than in the previous hypothesis. According to the Bible, under these numbers (666) the name of Satan is hidden. From this we can assume that at this hour the underworld opens slightly, from which various kinds of entities and monsters appear, frightening us just at 03:33.

Although it would be more logical to choose the time 06:66, that is, 07:06. But let’s be honest, there is nothing terrible in these numbers, and it is difficult to trace the connection with the number of the Devil.

As you can see, attempts to explain this mysterious time from a “paranormal” point of view do not look as convincing as we would like. In fact, they all boil down to the fact that at 03:33 a certain supernatural veil opens, letting in various creepy creatures into our world.

Of course, these versions will have their supporters and, clearly, they cannot be dismissed. Nevertheless, I propose to look at the answers that science offers.

Well, the scientific explanation of the mysterious time 03:33, as always, seems much more logical than the mystical interpretation. First of all, you should know about one curious fact: according to scientists, most deaths occur between 03:00 and 05:00, because it is at this time that the immune system of our body is most vulnerable.

Therefore, at this time, a sick person is much more likely to die than at all other hours. On this occasion, we are inclined to quote:

The only thing that separates us from death is time.

If you ask a scientist why we tend to wake up at this time, sometimes overwhelmed with anxiety and fear, he will probably answer that this is an evolutionary aspect that has a natural nature.

After all, according to science, sudden awakenings are associated with fear of the night and the uncertainty that it brings. That is, it is an integral part of the survival mechanism that protected our ancestors from the inevitable attacks of predators.

Man was forced to adapt to living conditions and always be on the alert. Considering that sleep is the time when we are most vulnerable, the corresponding reaction appeared in the process of evolution. Thus, nocturnal awakenings are the result of old survival reflexes.

The nature of the fear of the dark

As for the specific time – 03:33, scientists say that it’s all about the natural human fear of the darkest hour of the night. Hence the heightened senses and alertness that make us suddenly wake up and feel anxious, as if we are in danger. And it seems that this is nothing more than instinct.

Historically, our species has been and remains more vulnerable at night than during the day, so being afraid of the dark is completely normal. This fear continues to be passed down to us from generation to generation without us even realizing it.

It follows that if you woke up at night and suddenly panic seized you, then, most likely, the instinct received from our prehistoric ancestors is to blame, who seem to whisper to us through the ages: “Be careful, danger is everywhere …”. Therefore, waking up at 03:33 is more of a reflex than some mysterious paranormal activity.

Have you ever woken up at 03:33? Did you experience something strange at this moment?

Advertisement. Scroll to continue reading.
In this article:Devil, dreams