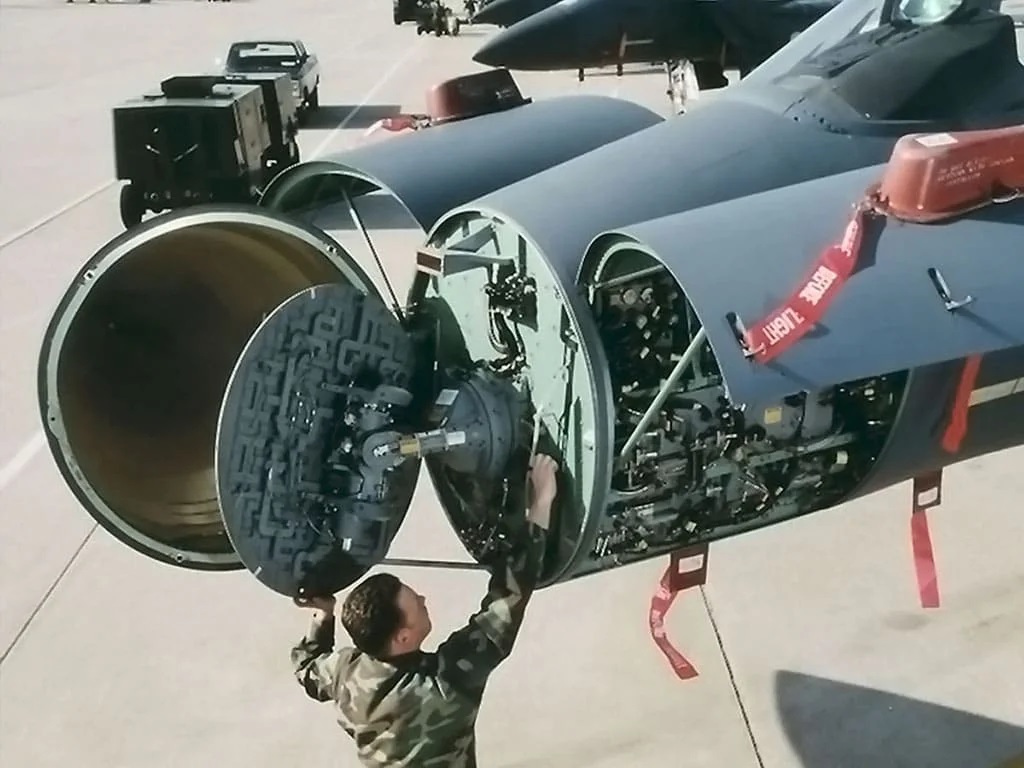 Sometimes, in his career, a pilot may encounter strange things in the sky that do not fit with any mundane or logical explanation. The article that you will read next describes one of these episodes that occurred in September 1976, between pilots of the then Iranian Imperial Air Force (IAFF) and mysterious objects that —among other things— were able to deactivate the aircraft’s weapons in flight. 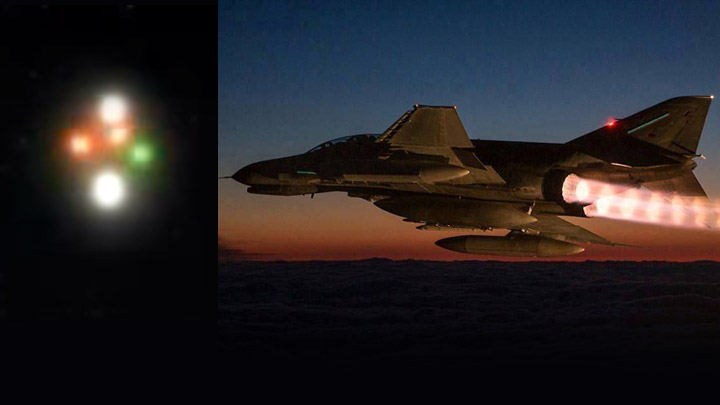 Until 0030 on September 19, 1976, it had been a quiet night of vigilance for the IAFF command stationed in Tehran. But, in rapid succession, four calls came from the periphery of the city reporting a series of strange objects in the sky. And although at first it was believed that what was reported could be confusions with stars or some planet, this was ruled out after officers went outside and saw for themselves that something unusual was manifesting.

An F-4 Phantom II interceptor was immediately dispatched for investigation. The pilot, Lt. Yaddi Nazeri reported that a shiny object was easily visible 70 miles away. However, when it was 25 nautical miles from the UFO, the plane lost the entire instrument and communication system, forcing the pilot to move away and return the way it had come, until all the systems on board returned to the normal. 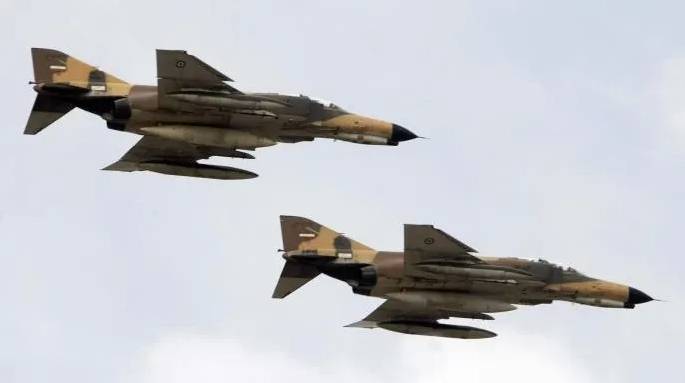 F-4 aircraft similar to those pursued by UFOs

A second F-4 piloted by Lt. Parviz Jafari came out 10 minutes later. Being at a similar distance, the UFO began to move away from the interceptor, maintaining a distance but still being detectable on radar, where the return was similar to that of a Boeing KC-135 (Stratotanker) tanker. Visually, it looked like a set of strobe lights distributed in a rectangular pattern and alternating different colors (blue, green, red and orange). According to the pilot and his navigator, the sequence was so fast that all the colors could be seen at the same time.

As the F-4 continued its pursuit over southern Tehran, a second, smaller light object detached from the original and sped toward the plane. Given this, the pilot tried to fire an AIM-9 missile at him, but was unable to do so because his weapons control panel was deactivated just then, as was his internal communications system and UHF. 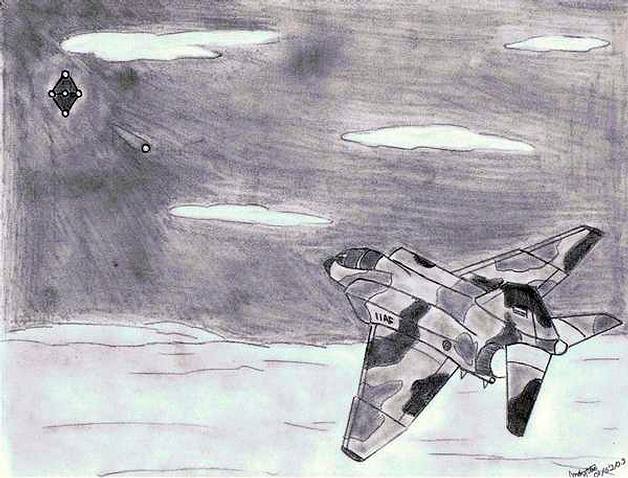 Artistic interpretation of the event described above. Credit: deviantart.com/ndtwofives

To dodge it, Jafari had to turn sharply and descend with negative G-force acceleration. However, the small flying object followed and located behind it about 4 or 5 nautical miles, and then returned and got into the main UFO again. When this happened, a third object came off and seemed to drop at full speed.

Having regained control of the instruments and weapons system, the F-4 crew observed the third object, thinking that it could be some bomb dropped by this ship that would explode when it touched down. But that did not happen, and instead landed gently on the ground, glowing brightly and illuminating an area of ​​nearly 3 kilometers.

The F-4 flew as low as possible to accurately determine where this light landed and report it to base.

Later, and in a final close encounter, Jafari and his partner noticed another UFO hovering over them as they made the flyby. Unlike the other three, this one was cylindrical in shape, measuring about 8 meters in length, and had fixed lights at its ends and a flashing one in the center. The pilot asked the control tower if they could detect it on the radar, and although the answer was negative, the truth is that they could visually detect it later. 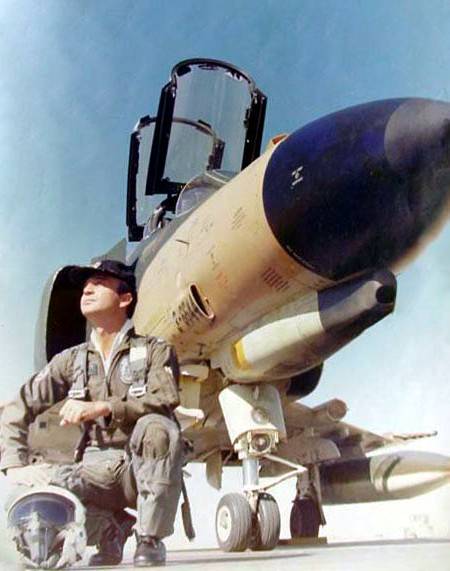 Parviz Jafari posing next to his plane

Back at base, both the pilot and the navigator had trouble adjusting their night vision devices for landing, which was further complicated by interference in communication systems passing through 150 degrees of magnetic heading to the base. The inertial navigation system was altered in the same way, fluctuating between 30 and 50 degrees. A nearby civilian aircraft experienced similar problems with its communications system, although it did not report any unusual sightings.

The following day, the F-4 crew was flown by helicopter to the place where they believed one of the UFOs had landed. This turned out to be the bed of a dry lake and there seemed to be nothing out of the ordinary in it. The locals, however, when interviewed by the military, claimed to have heard strange noises the night before and to have seen lights as bright as lightning. 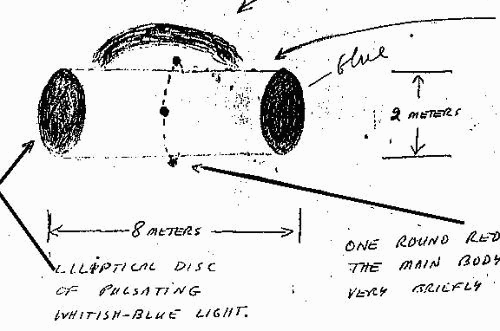 Appearance of the cylindrical object

It is known that a team was sent shortly thereafter to investigate the area and carry out various tests, including checks on radiation levels. Unfortunately, the results were never publicly known.

Also, and to scorn the skeptical kicking between astronomical “explanations” and demeanor towards the pilots – as always, so original – this incident was so significant and shocking that the report they just read is a translation of a declassified document written by Captain Henry S. Shields of the US Air Forces in Europe (USAFE), whom they can access here.

In this article:cylindrical ufo, Tehran