A man walks past an art piece. (Photo by Andy Barron/The Reno Gazette-Journal)

Strange symbols carved on the lintel of the ancient (original) access to the Great Gallery of the Great Pyramid of Giza, seem to coincide with those found in the supposed remains of the UFO crashed in Roswell in 1947. Is it perhaps a test of influence alien in ancient egypt? 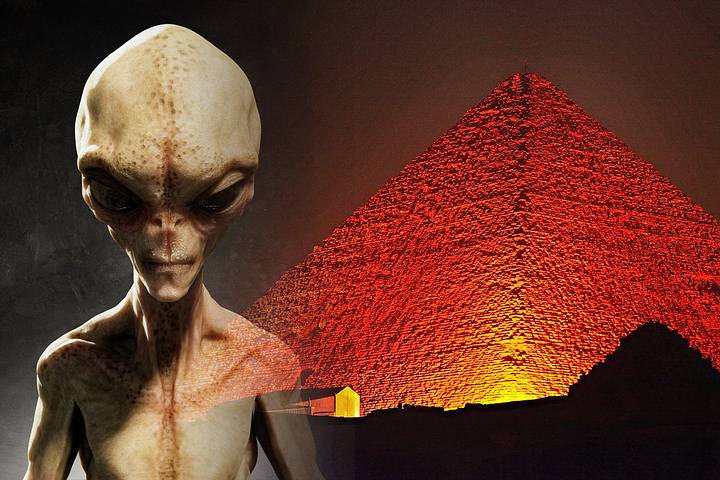 According to the script interpreters, the tetragram engraved on the old “locked door” of the Great Pyramid is of Berber origin, a group of native ethnic groups from North Africa whose origin dates back to 6,000 BC, so these symbols are assumed as old as unusual: they make up the only inscription of this type engraved on ancient wonder and is not common in Egyptian monuments.

As Juan Jesús Vallejo writes in his book Brief History of Ancient Egypt, the inscription “is formed by four letters that are, from left to right: a V, a circle split by a transverse line, horizontal stripes in parallel and, in the end, another circle split by two vertical lines”.

“The translation of the four signs is not easy, since they can be read from right to left or vice versa. In addition, nobody knows for sure what the words of a language that were spoken thousands of years ago were. But its roots have been printed in the current Berber languages ​​of North Africa, and it is using these embryos that the original meaning can be reached, ”continues the author. 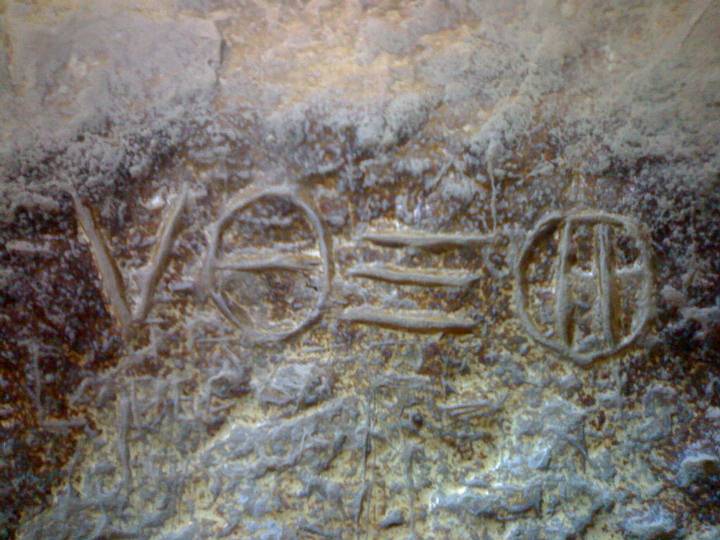 “The valences of the inscription, from left to right are the letters D, B, Q and B. These form two words whose root is DB and QB; the phonemes obtained after this operation are “dabba” and “iqbut”. The first of the words means “take care” or the colloquial expression “take things as they come.” The second word, “iqbut”, is quite significant, since its literal translation would be “dome that covers the tomb of a holy man.”

“To understand the true meaning of these words, we must understand that the meanings of the aforementioned dictionary are now Islamized, since the current Berber religion is the Mohammedan. But if we extrapolate its meaning thousands of years ago, we can get the conclusion that someone semi-divine, or at least worshiped as such, was buried in the Great Pyramid. This deduction does not seem in principle, relevant, and many of you will think that Pharaoh himself was worshiped as a God, but if we analyze the translation in detail we do get a crucial fact. It speaks of the “dome that covers the tomb of a holy man”, making unspoken reference to the burial of this being is very close to the cusp of the monument, a place that has not yet been reached. 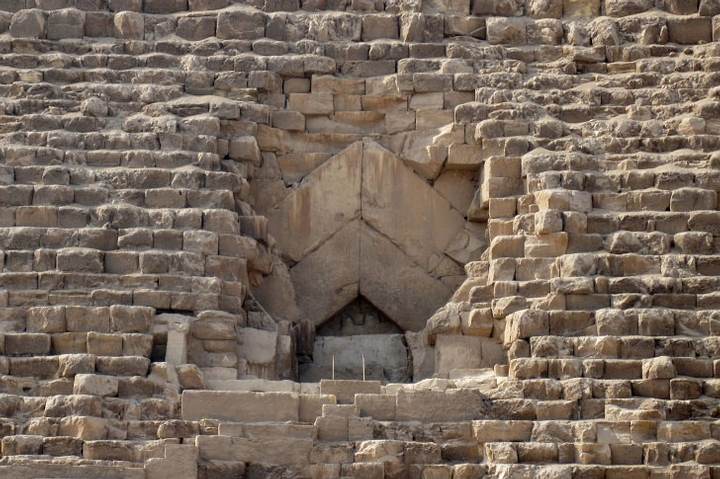 »However, this is not the least, the only fact that leads us to think about the existence of more undiscovered cameras. Many of the people who have climbed to the top of the stone colossus have claimed to have run into mice. Needless to say, due to the large number of visits it has annually, in addition to its perfect conservation the monument is completely disinsected and deratized. How, then, can the small rodents climb endless rows of stones, many of them almost two meters high, to such an enormous height?

So far what little we know about the mysterious tetragram in the Great Pyramid is that its meaning indicates that there could be a still undiscovered camera – something that the latest investigations with cosmic ray detectors begin to confirm – and that it is a very old symbolic language, possibly the first type of writing of humanity.

Now, theorists of ancient astronauts affirm that when the ancient gods descended to earth, they instructed man and gave rise to civilized and centered cultures – in most cases – in the worship of “gods.” Gods, by the way, in the Egyptian pre-dynamic lists are listed as kings who ruled men for hundreds or thousands of years. 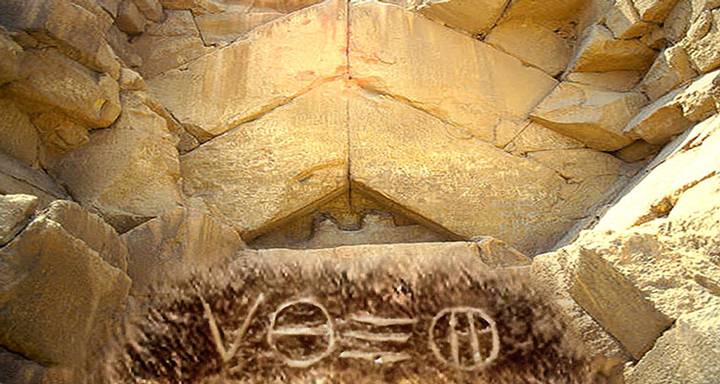 The symbols in the GP input, highlighted digitally.

Could this type of writing then be a legacy of the ancient gods? What if those gods were simply aliens with advanced technology?

This last question could be answered by an enigmatic rod recovered in Roswell, New Mexico, in July 1947. And yes, we speak nothing more and nothing less than the famous UFO crashing incident. When the military arrived in the area, notified by the owner of the ranch where the remains were scattered, they found several strange fragments.

“We proceeded to collect the pieces. Many of them had numbers and hieroglyphs, difficult to read. None of the material was burned. Try to burn the metal but it was impossible to light it. It looked like tinfoil from a pack of cigarettes. I tried to sink it with a 16-pound mallet and I failed. General Ramey warned me that I should remain silent about the crash “, Major Jesse Marcel said, one of the military present. 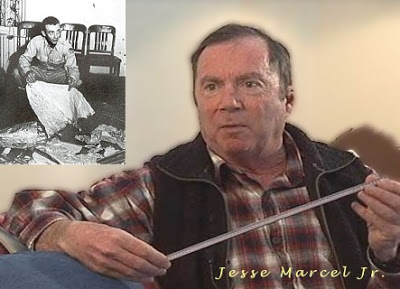 Years later, Jesse Marcel Jr, would declare that in the middle of the night his father took home some of the remains that the army had recovered at the site of the incident, so that he and his mother could see them. The reason? “Because it was something from another world that they would never see again in their life.”

One of the items that fascinated him most that night was a small rod with hieroglyphs engraved in a purple tone, and that we can see in the following image: 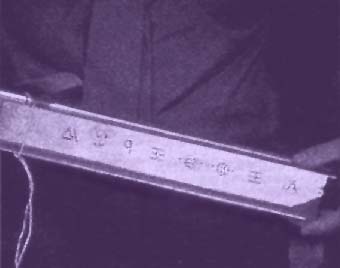 It should be noted that Marcel Jr held that this story was true until his death in 2013. And it is also worth noting the obvious similarity between the symbols engraved on Roswell’s rod with those on the original entrance of the Great Pyramid. Two things separated by thousands of years and kilometers away – from the perspective of our space-time line, of course. How can this be possible? Is it a simple coincidence or proof that, as some myths affirm, in the remote past our civilization was instructed by intelligences from other worlds that, among other things, bequeathed our writing? 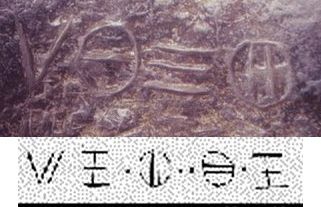 Comparison between the Roswell hieroglyphs and the Berber tetragram of the Great Pyramid.

The truth is that in many other cases of close encounters with UFOs (Villas Boas, Hill, Rendlesham, etc.), witnesses claim to have seen “hieroglyphic-like” symbols inside or outside of the alleged extraterrestrial ships … Would it be for what the ancient Egyptians reserved theirs only for royalty related to the gods?

All scientists unanimously say that people are the first intelligent civilization on the planet. But archaeological finds say that there was a pre-civilization. The spheres from...

It is generally accepted that the existence of aliens needs proof that science does not have. People look into the depths of space in search...