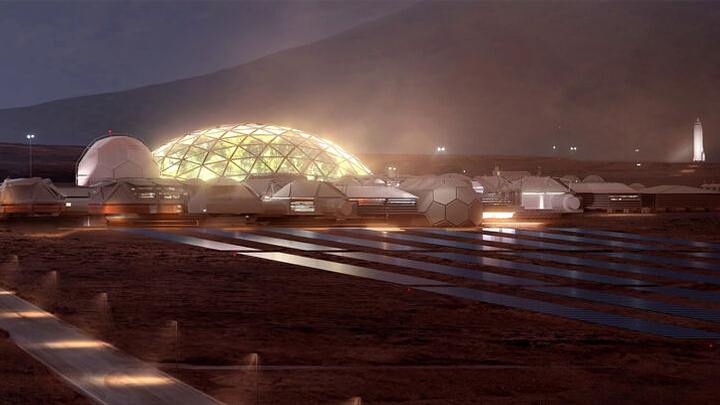 The CEO of SpaceX has more than ambitious plans to turn humanity into a multiplanetary species.

With the help of a fleet of Starship spacecraft, the intrepid billionaire wants to establish a permanent outpost on Mars, home to one million people by 2050.

“Life will be inside glass domes at first,” Musk wrote in a tweet published a few hours ago in response to what life will be like on Mars. “Eventually, the planet will be terraformed to be favorable to life as we know it here.”

Life in glass domes at first. Eventually, terraformed to support life, like Earth.

Scientists and science fiction authors have long suggested that terraforming could allow humans to breathe on the open surface of Mars. But that vision remains a distant dream, temporarily far beyond Musk’s first projected Martian bases.

“Terraforming will be too slow a process to be relevant to current generations,” the tycoon wrote in another tweet from the same thread. “However, we can establish a human base there during our life expectancy. At least one future space civilization, discovering our ruins, will be impressed that humans have come so far.

Terraforming will be too slow to be relevant in our lifetime. However, we can establish a human base there in our lifetime. At least a future spacefaring civilization – discovering our ruins – will be impressed humans got that far.

Terraforming Mars is indeed a huge undertaking. An analysis last year concluded that 3,500 nuclear warheads may be required every day to raise the atmospheric pressure on Mars to breathable levels and melt the planet’s ice sheets to release carbon dioxide, which will then be trapped in the form of greenhouse gases. greenhouse.

But there is a major downside to that plan: massive destruction to the native environment and potential pernicious effects of nuclear decay. And a 2018 study also concluded that there is simply not enough carbon dioxide trapped on the red planet to raise atmospheric pressure enough to sustain humans on the surface.

But those limitations won’t stop Musk from pursuing his dream of establishing a permanent presence there.

Musk has previously claimed that with the help of “a thousand Starship spacecraft,” massive rockets that he says will be capable of carrying up to 100 tons of cargo or 100 passengers between planets, a “sustainable city on Mars” could be established. Approximately 100 vehicles would have to transport 100 tons of cargo every two years, according to calculations made by the businessman himself.

In this article:Elon Musk, First City Of Mars