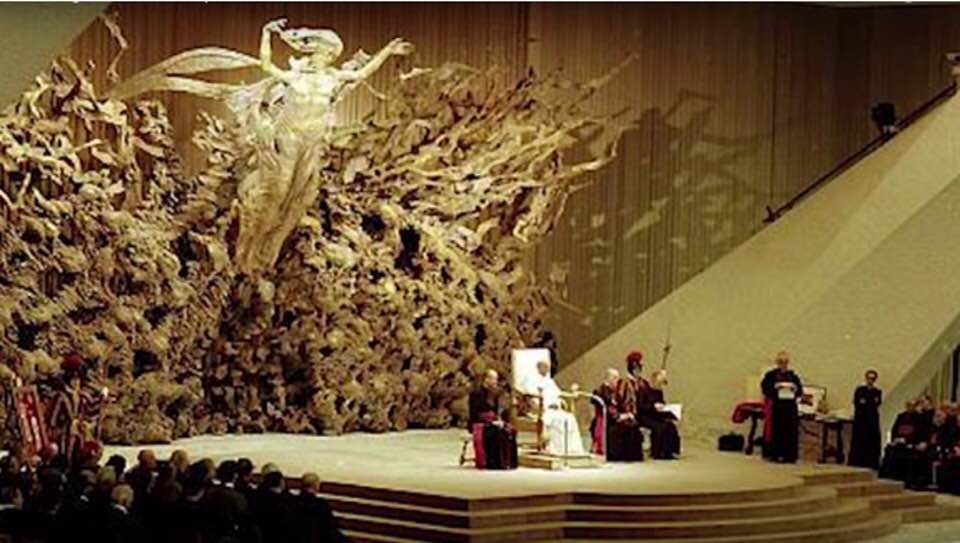 The Vatican is a small state with colossal power. In his hands is such power that no government or corporation has. After all, millions of people consider the word of the Pope more important than any other. But who is really behind all this?

No matter how strange it may sound, but most of the mysteries on our planet are located in the Vatican. Namely, in the library.

According to official data, it stores more than two million printed publications as well as hundreds of thousands of different artifacts.

But there are also underground rooms that contain priceless manuscripts that can shed light on the mysteries of the universe.

It is from here that miserable crumbs of information are thrown to us so that our civilization develops at the pace that the gray eminence needs. But who is he or it? Even rulers are afraid to talk about this subject.

Can the answer to this question be found?

While being interviewed, Karen Hudes seemed a woman with an impressive resume.

She says she was fired from the World Bank, where she worked for 20 years, for trying to expose massive corruption in the highest circles. During her investigation, she became aware of a strange entity referred to by the elite as the “Black Pope”.

She claims that this entity is similar to a person, but it is not and that he is far from alone.

This species is not aliens but a different type of people that has developed in parallel with us. At some point, their technological progress stepped much further.

Their most obvious difference is the elongated skull that they cover and as you may have guessed, they live mainly in the Vatican.

But even if these entities are fiction, the fact that the Vatican is a key player in global geopolitics is impossible to dispute.

A few years ago, Wikileaks published documents with correspondence from US diplomatic corps. In these reports, the US was clearly fawning over the Pope, presenting an account of its successes in various fields.

In this article:Black Pope, Vatican