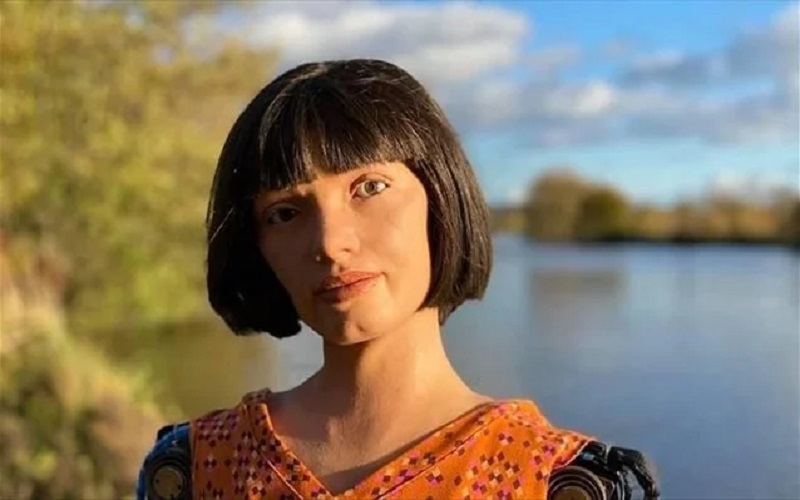 Aidan Meller, who owns two of Britain’s best-known galleries, organized a research project to create an android with artistic abilities. The result is Ai-Da, the first android that can draw and write its own poems.

The robot-artist in question is named after the mathematician Ada Lovelace. With her robotic hand she can deftly manipulate the pencil and draw what she sees from the camera in her eye.

As it became known, Ai-Da will appear next Wednesday in the House of Lords and will speak something that will of course happen for the first time in the political history of Britain and possibly a world first.

The android will speak to the House of Lords Communications and Digital Technology committee on whether creativity is threatened by artificial intelligence and technology in general. Ai-Da will talk about the evolution and relationship of technology in fields such as fine art, design, fashion and music.

“Ai-Da was created in the context of the debate on the ethical issues arising from the development of artificial intelligence that will imitate human behavior and people in general. It’s obvious that technology can have a big impact on every aspect of our lives and we need to understand what the possibilities of this technology are and what it can teach us about ourselves” previously said Meller who, as he claims, decided together with the Ai-Da creation team the robot to develop and imitate humans based on human behavior.

As a result, according to Meller, something is created indicating that humans are a rather ordinary form of life that tends to repeat behaviors, words and actions. Ai-Da does not show us how human she is but how robotically we operate ourselves.

However, in the past, any art that was created with Artificial Intelligence turned out to be a nightmare.

A pioneer in robot rights, Sophia became famous in 2017 as the first android to receive citizenship.

In addition, Sofia revealed some — truly amazing — personal aspirations, such as that one day she would like to start a family, have her own business, and maybe develop human emotions. Sophia quickly became widely known and remains in the limelight.

Actroid first appeared in 2003, and in those 16 years, it has been upgraded many times in both its facial appearance and software, with the goal of becoming ever smarter and more realistic. It also has smart sensors and actuators that allow it to respond to touch, as well as special motors that make it look like it’s breathing, a really impressive detail.

Although not as nimble and delicate as other humanoid robots, Arya is a pioneer in robotic sports and impressed with her skills during the 2017 RoboCup event In Japan.

It was created by a team from the French University of Bordeaux and managed to win the championship with an overwhelming score of 4-0. There have been leaps and bounds in sports robotics, and Arya is one of the pioneers in this field.

In this article:androids, Artificial Intelligence