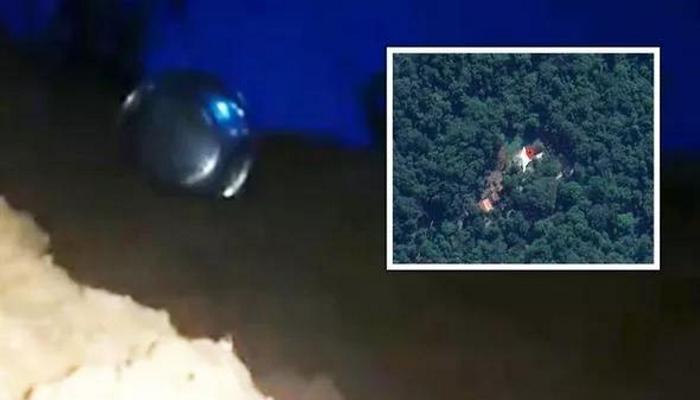 With all the uproar created on social networks, even the international press is talking about the case of the alleged Magé UFO. Below an article published on the famous news site, vice.com:

Brazilians in the municipality of Magé, north of Rio de Janeiro, reported seeing mysterious luminous objects in the sky on Wednesday. Several videos of the objects were posted on Reddit and Twitter, sparking incredible speculation about a crashed UFO that has been widely reported in the Brazilian press.

Magé started the trend on Twitter on Wednesday morning, when several people started sharing videos of bright lights in the sky. The videos show blue, red and yellow spheres moving across the sky, and a video shows the lights arranged in a triangular formation.

Although the videos themselves are curious, although they hardly show anything out of this world, UFO enthusiasts quickly began to fall into the conspiratorial rabbit hole when posts about the event began to disappear on Twitter. When the event started to “gather digital steam”, the hashtag #MageUFO started to grow with posts and, suddenly, disappeared. Meanwhile, on Reddit’s r / UFOs page, publications about Brazilian UFOs have also begun to disappear. Complaining, users started accusing Twitter and the moderators of the subreddit r / UFOs of censorship. Twitter did not immediately respond to a request for comment.

UFO topics and comments have been excluded from the r / UFOs subreddit; in a post, a moderator said:

I see a lot of stupidity in this topic, so let me clarify completely: the mods here don’t censor. If a post is stupid or offensive, it will be removed. If it is a scam, we will remove it.

This moderator was criticized in the comments, with dozens of redditors suggesting that perhaps the UFO subreddit is the place where they should be allowed to speak about a UFO event that had thousands of eyewitnesses and dozens of videos posted. Meanwhile, people who wanted to discuss the event moved to r / aliens.

To make matters worse, users started posting a link to Google Maps showing a satellite image of part of Magé, suggesting a vast conspiracy and cover-up by Google. The photo is below, which is unfortunate for Google: 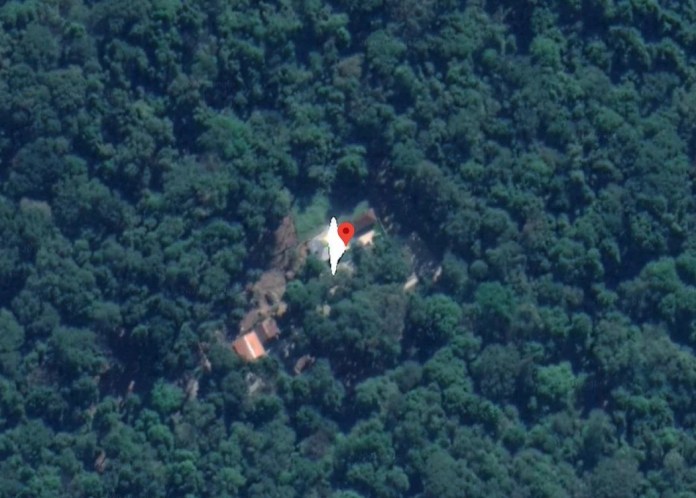 A white image flaw in the form of, well, a flying saucer, appears to appear in a wooded area north of Rio de Janeiro. Satellite imagery on Google Maps is not updated instantly, of course, so this is an old image. A Google spokesman explained to Motherboard what’s going on here:

In this case, what people are seeing in the images is a reflection that is temporarily overloading the satellite sensor. Essentially, the sun reflected off the building’s surface at the right angle to briefly blind the satellite.

This is a very common phenomenon known as saturation or flowering.

While the Brazilian press reports that no one reported these objects to local authorities, allegations of explosions and loud shots, the Brazilian military isolated the area and the army that arrested anyone trying to get close to the alleged accident site dominated Twitter and the subreddit r / aliens.

In addition to the typical madness of the Internet, Brazil has been a long-standing access point for some very interesting UFO incidents. In 1957, journalist Ibrahim Sued received an envelope containing small pieces of metal from an anonymous source, claiming that they were debris [from the UFO] of Ubatuba, a seaside town, where an alleged UFO had crashed. Although they were not from another world, the fragments were of highly pure magnesium. It is unclear where the metal came from and remains a mystery.

The infamous wave of necklaces UFOs, from 1977, made headlines when residents of the island of Colares began to report strange objects in the sky and bizarre injuries to their bodies. According to researcher and computer scientist Jacques Vallee, several individuals were reportedly killed by the objects witnessed on the island. Reports of radiation and thermal burns, as well as strange scars, fill the Brazilian government’s archive of the incident. After a formal investigation, the government concluded that it found no evidence of unusual phenomena.

One of the most bizarre cases occurred in 1996, when several people claimed to witness a strange alien creature roaming the streets of the city of Varginha. Looking like “the devil”, the big head and brown skin, 1.50 meters tall, was first seen by three girls on a January afternoon. Several other sightings have been reported, and even the Wall Street Journal published the story. As silly as it sounds, it still exists as one of the most famous cases in Brazil.

While this latest Brazilian UFO incident is likely to join numerous other UFO mysteries that haunt the skies of South America, skeptics argued that the lights on Magé were simply paratroopers equipped with pyrotechnics, Chinese lanterns or drones.

In this article:Brazil, Mage UFO