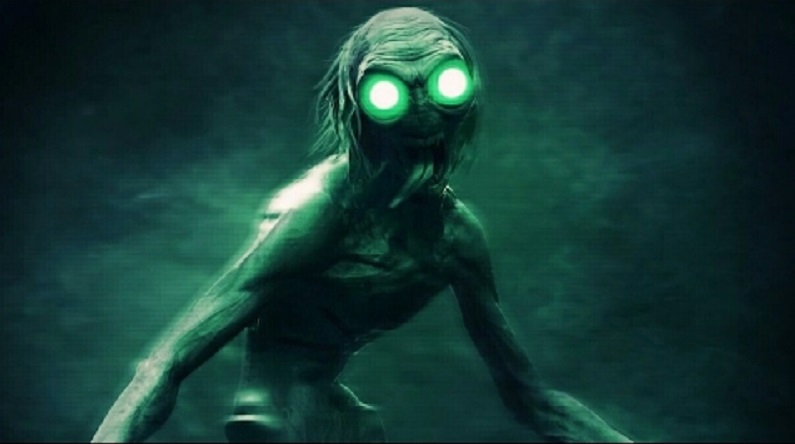 Even during the Vietnam operation, US Army soldiers talked about strange phenomena in the sky over the jungle. According to them, one could often witness flying black pyramids, which sometimes appeared for a few seconds in the field of view. Unusual events occurred in subsequent years.

So, local residents in the mid-80s of the last century claimed that they periodically encounter luminous little men in the jungle. From afar, they look like people, but upon closer examination, it becomes clear that this is a mistake.

Thin long limbs and a large head with black motionless eyes – clearly does not fit the description of a human. In addition, their skin glowed with a silvery bluish light, making them visible at night.

Researchers from many countries became interested in these creatures and organized expeditions to the jungles of Vietnam. During one of them, the British ufologist Jim Orston literally came face to face with such a humanoid.

Here is what he wrote about this encounter:

“Late at night it was necessary for me to move away from the camp to the side. The fire burned brightly and I did not plan to meet any animals nearby. Already during the return to the camp, I turned around sharply, as I heard rustling sounds and saw a bright silhouette of a humanoid creature a meter away from me. It held out one hand to me, and I, dumbfounded, took out a flare pistol and fired upwards. Then it screamed. The awakened members of the expedition saw how several luminous silhouettes flickered between the trees and bushes“.

In 1992, the Italian-Belgian researcher Bernardo Meunier also saw something similar and, upon returning from Vietnam, wrote an article dedicated to this event. It indicated that the luminous humanoids are a couple of tens of centimeters lower than the average person, and when moving, they sometimes switch to moving on four limbs. Among other things, they make a clicking sound, like oyster shells knocking against each other.

Also, the Italian of Belgian origin pointed out that their skin is not covered with some substance, but glows on its own. He made such a conclusion due to the fact that during the most powerful showers, the substance from the surface of the body of the creatures did not wash off anywhere.

Another detail that the participants of Bernardo’s campaign noticed is that sometimes the bodies of humanoids glow less brightly. According to one version, it depends on the emotional component of the creature.

In June 2021, residents of the Vietnamese village of Thami reported to the authorities that they saw a glowing humanoid trying to get into a food barn. The creature was driven away, but the villagers did not like this incident.

Since then, a police officer has been assigned to guard an important building for the people of Thami. At this, reports of luminous humanoids in the village ceased, but in other parts of the country they were seen several times, as well as pyramidal UFOs. Whether they are aliens or underground inhabitants remains to be seen.

Advertisement. Scroll to continue reading.
In this article:humanoids, Vietnam