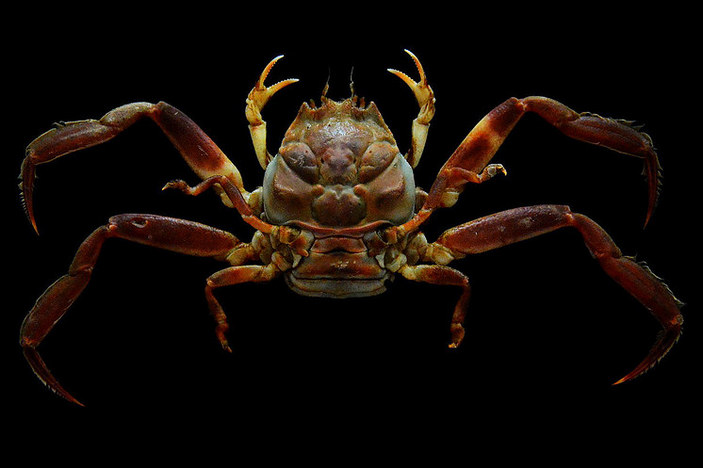 Legend has it that these native Japanese crabs are reincarnations of the spirits of the Heike, samurai warriors defeated in a sea battle. 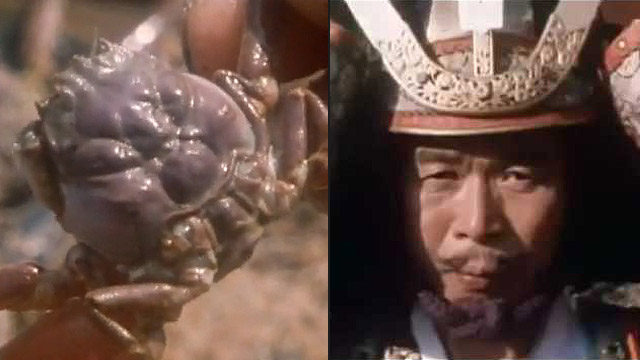 In the 12th century, Japan was ruled by a warrior clan called “the Heike”. Its nominal leader was the emperor, a 7-year-old boy named Antoku; His guardian was his grandmother, Lady Ni.

The Heike were waging a long and bloody war against another samurai clan, the Genji. Each one claimed the ancestral right superior to the imperial throne. The battle that would decide everything between both sides occurred in Dan-no-ura, in the Sea of ​​Japan, on April 24, 1185.

The Genji were more numerous and better prepared. But the turning point would occur after the desertion of one of the Heike clan generals, an act that would reveal the ship the young emperor was in. The Genji archers focused their attention on the helmsmen and rowers of the boy’s ship, in the same way that they did with the rest of the fleet, leaving the ships out of control.

Seeing the battle turn against him, the Heiké were soon put to flight. But many of them would choose to keep the honor by throwing themselves into the sea and committing suicide.

Likewise, Lady Ni also decided that they would not be captured by the enemy. What happened next is precisely what is known as “the legend of the Heike”:

The emperor boy asked his grandmother, “Where will you take me?” She turned to the sovereign, with tears on her cheeks and comforted him. Blinded by tears, the sovereign boy put his beautiful little hands together; he turned first to the east to say goodbye to the god of Ize, and then to the west to recite the nembutsu, the prayer of pure life. The lady Ni took him in her arms and saying these words: “At the bottom of the sea is our capital,” disappeared with him under the waves.

The destruction of the Heike naval fleet at Dan-no-ura marked the end of the clan’s 30-year reign. The Heikes almost disappeared from history. Only 43 heikes survived, all women. These former ladies of the imperial court were lowered to sell flowers and other favors to fishermen near the scene.

They, and the children they fathered with the fishermen, instituted a festival to commemorate the battle. To this day, each year, on April 24, his descendants arrive at the Akama Temple, which contains the mausoleum of Antoku, the drowned 7-year-old emperor. There they celebrate a ceremony that remembers the life and death of the Heike warriors. 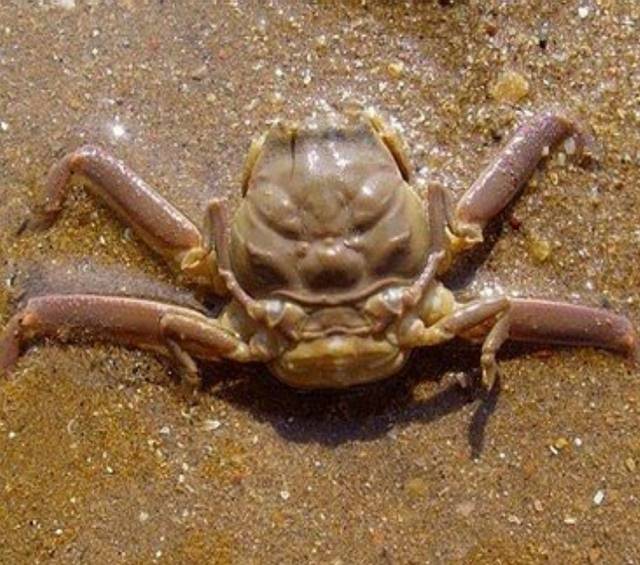 But there is a strange postscript to this story. Fishermen say that the Heike samurai still roam the bottom of the Japanese sea in the form of crabs … And indeed, there are crabs with curious markings on their backs, shapes similar to a human face with the aggressive gesture of a samurai warrior of medieval Japan.

When these crabs are fished, they are not eaten, they are thrown back into the sea in commemoration of the sad events of the battle of Dan-no-ura.

This legend carries a curious mystery. How did it come to be that the face of a warrior is engraved on the shell of a Japanese crab? How is this possible? The answer seems to be that it was due to humans …

Like many other traits, these patterns on the back or shell of crabs are hereditary. But among crabs, as among humans, there are many different hereditary lines. 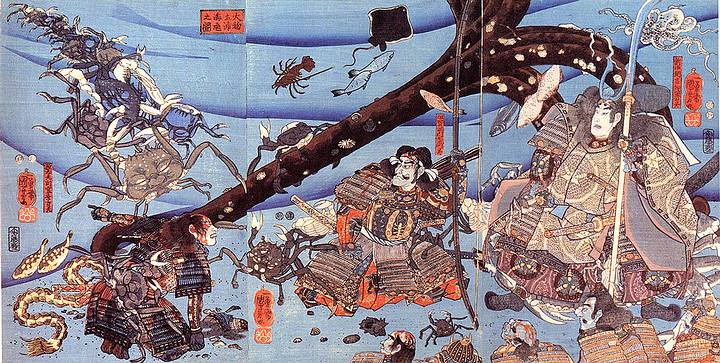 Suppose, by mere causality, among the distant ancestors of these Heike crabs there was one who bore some resemblance to a human face. Long before the battle, fishermen might have disliked – and perhaps superstition – for eating such a crab. So by throwing it back into the sea, they were setting a selection process in motion: if you are a crab with an ordinary shell, humans will eat you; but if your shell has a slight appearance of a face they will throw you into the sea and you can have many small crabs that will be just like you.

As generations passed, both fishermen and crabs, those crabs that had the closest design to a samurai face preferably survived, until over time there was produced not only a human face, a Japanese face, but the face of a warrior samurai. 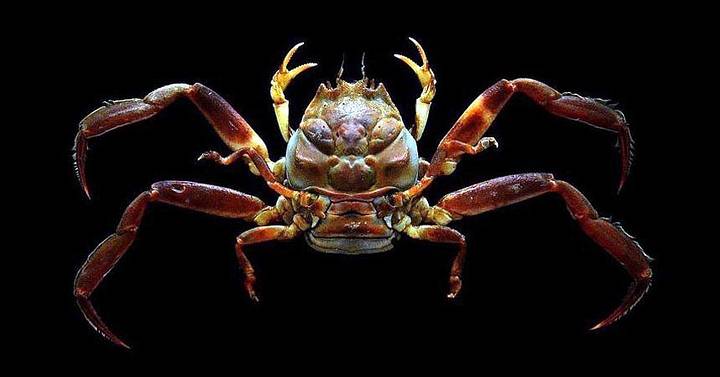 All this had nothing to do with what the crab could wish for, the selection is imposed, artificial, it comes from abroad. The more you resemble a samurai, the more likely the crab will live.

For thousands of years, humans have deliberately selected which animals and plants should live, and this old Japanese legend is proof of how it works and what its consequences are.

Advertisement. Scroll to continue reading.
In this article:Heike, Japanese crabs