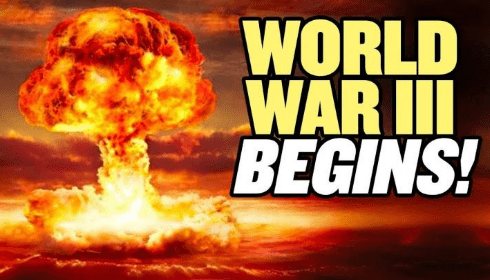 A few minutes ago, the first messages appeared on the social networks of the Middle East, according to which the Ain al-Assad American air base in Iraq was rocketed, in the area of ​​which 6 missiles launched by Iranian proxies fell. This was followed by reports that American targets in the Iraqi city of Erbil were subjected to a similar attack.

But a few minutes later there were reports that the number of new missiles fired at the Ain al-Assad airbase was already in the tens, that missile salvos were observed all over the country and that some missiles were fired even from Iran!

Alleged video showing missiles in the air from the town of Borujerd pic.twitter.com/gM4HtXvcHO

At the moment, information is collected, updated and verified. And if everything is confirmed, then, one must assume, the Third World War begins. Keep up for updates.

Baghdad residents report that they haven’t heard such a rumble around since 2003 – there are a lot of missiles around.

Donald Trump holds an emergency meeting with the military.

It is reported that American fighter jets took off from the airbases of the United Arab Emirates.

Pentagon officially confirms that US targets were attacked by medium-range missiles fired from Iran. The number of victims is unknown. At the Ain al-Assad air base, the figure is up to 80 wounded and killed.

Photos and videos of the attack on Ain al-Assad airbase:

#BREAKING: First video showing a Fateh-110 precision guided ballistic missile of #IRGC hitting the Ain al-Asad Air Base in #Iraq during operation #Soleimani of #IRGCASF.#IRGC sources claim they have destroyed several #USArmy helicopters & drones & have killed 80 #US troops there! pic.twitter.com/tnOmP4srvC

Iran has implemented a video with the launch of rockets:

New video in the fall of a rocket at Ain al-Assad airbase:

Iranian media write about the beginning of the second wave of attack.

All US bases in the region are on high alert. Journalists who are now in the Pentagon report that the US Secretary of Defense arrived at a meeting with some very large and unusual case. It is possible that we are talking about a “nuclear suitcase”.

Photos of the remains of Iranian missiles that fell in Erbil: The second wave of missiles launched by Iran:

The US President urgently convenes Congress and prepares to address the nation.

At the moment, there is a lull in the situation in the Middle East, but it is a lull before a huge storm.

Iraq reports several damaged or destroyed shelling of American aircraft. Most likely it is transport aircraft or helicopters – the United States does not have fighters in Iraq.

The Pentagon claims that, as a result of the shelling, there are no casualties among Americans.

Meanwhile, several groups of aircraft left the US Air Force base in the UAE, which is a clear sign of the imminent start of a major war – aircraft are being removed from direct fire. But before Trump makes an appeal to the nation, the United States will most likely not retaliate. Although there are many reports of the huge activity of jet aircraft in Syria and over Iraq.

The main readiness of the hour became the announcement in the US defense readiness defcon 2 (separate respect Phoenix for the reminder!).

DEFCON 2– this is the level that precedes maximum combat readiness. It was declared during the Caribbean crisis (only for the Strategic Aviation Command – the armed forces as a whole remained at the DEFCON 3 level) and during Operation Desert Storm on January 15, 1991 (Joint Chiefs of Staff).

Now, as can be seen from this information note, the crisis is now more dangerous than the Caribbean and how it will end is still unknown.

During the first minutes of the development of the crisis, all the people following it asked: where is the US Federal Aviation Administration and related departments? At the time of the Iranian attack, the sky over the region was filled with passenger liners, which once again indicates which of the parties accusing each other are terrorists. And just now FAA issued an official ban flying over the entire region.

Meanwhile, Iran has not received confirmed reports about the destruction of an American aircraft over the Persian Gulf, and American journalists write that Trump canceled his appeal to the nation.

All is well! Missiles were fired from Iran at our two military bases deployed in Iraq. At the moment, there is an assessment of victims and damage. So far, so good! Today we have the most powerful and well-equipped military in the world! I will make my statement tomorrow morning.

C-ram, which covered Al-Assad airbase, shot down, apparently, only one missile:

Only one missile was shot-down by the #USArmy‘s C-RAM system. pic.twitter.com/dGzXWfBU2Z

“Tomorrow morning” by Washington time is the afternoon of time in Europe. We follow the development of events.

In this article:Iran, World War II