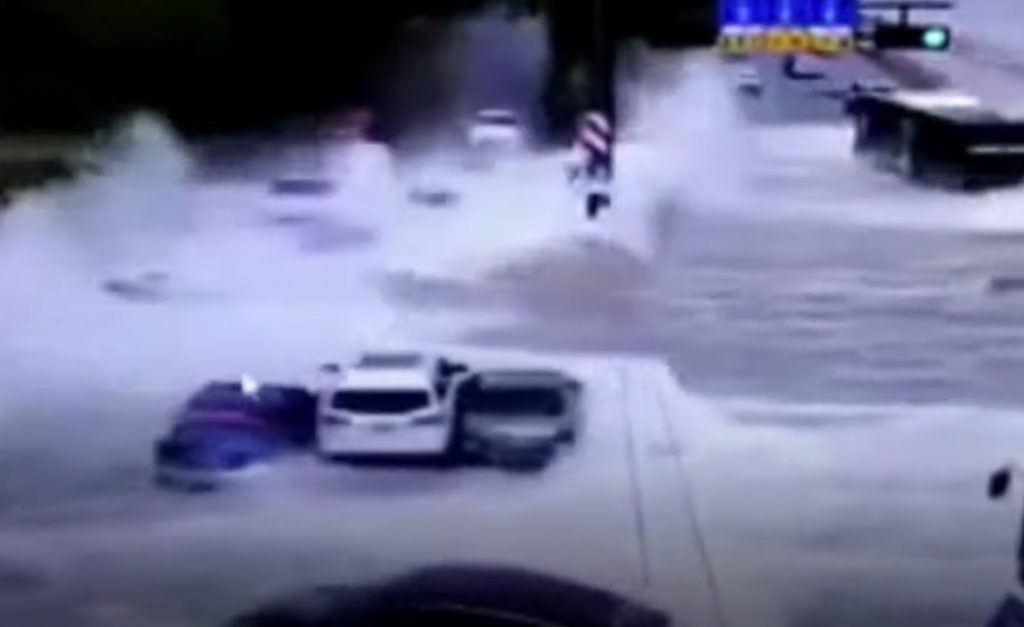 Gigantic waves hit a road near the Qiantang River in eastern China, pushing several vehicles off the road.

The video, filmed in the city of Hangzhou in Zhejiang province on September 20, shows one of the huge waves brought on by a tidal surge hitting a road next to a river and pushing several vehicles.

No casualties have been reported and the case is being investigated, the reports said.

These tidal surges are caused by the passage of the tides in narrow coves or water courses, forming waves much higher than normal.

The tidal waves of the Fuchunjiang River are considered the largest in the world.