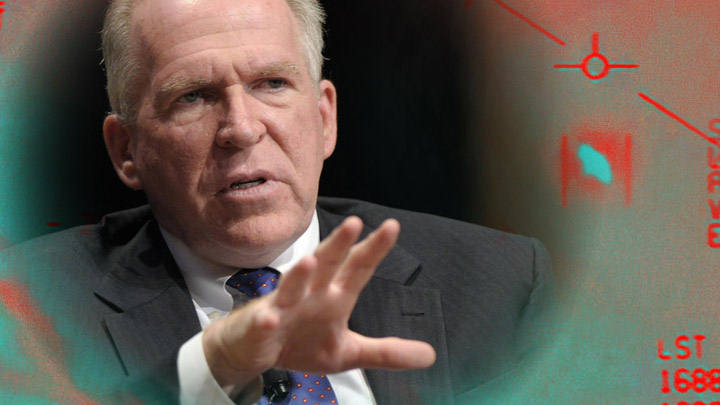 At the end of 2017, the New York Times filter information on a secret Pentagon program to investigate UFOs – called “Unidentified Aerial Phenomena” (UAPs) to avoid stigmata – plus a video series where the incredible acrobatics and accelerations of these unidentified objects were seen.

One of the videos, originally captured in 2004 by Navy pilots, shows a “Tic Tac” shaped craft rapidly ascending as fighter jets approach it about 100 miles from the Pacific coast, in what later it would be known as “USS Nimitz UFO Incident”.

“I’ve seen some of those videos shot by Navy pilots, and I have to tell you they are quite amazing,” John Brennan said in a recent interview, which was conducted by the Mercatus Center at George Mason University.

“You have to try to make sure you have as much data as possible in terms of images and also different types of collection, using the technical sensor capabilities available at the time,” explained the former director of the Central Intelligence Agency.

“It is a matter to be approached with an open mind, but always obtaining the greatest amount of data and experiences,” he stressed.

When asked about his views on the hypothesis that these objects are manned by aliens, Brennan slipped the notion that they could be life forms very different from what we know, even beyond the physical world.

«Is there another life beyond our planet? Life is defined in many different ways. I think it is a bit presumptuous and arrogant on the part of our species to believe that there is no other form of life anywhere in the universe. What such (extraterrestrial) life could actually be is subject to various interpretations,” he said.

“But I think that some of the phenomena that we will see remain unexplained and could, in fact, be the result of something that we do not yet understand and that could involve some kind of activity that some might say constitutes a different way of life.”

Faced with this response, the interviewer asked him: “Being an agnostic, don’t you think it is something supernatural?”

To which Brennan replied, ‘Well, the supernatural is in the eye of the beholder. But it’s not something I would rule out. That is why I am an agnostic instead of an atheist. I just want to leave my mind open about what something could be. Who knows what these things could be?

The latter comes in line with a declassified memo from another government agency, the FBI. Known as The Flying Roll Memo, there it is mentioned that UFOs “do not come from another planet as we usually refer to, but rather from an ethereal planet that interpenetrates with ours and we cannot perceive.” Also affirming that “the bodies of the visitors, and also their ships, materialize automatically when entering a certain vibratory range of matter.”