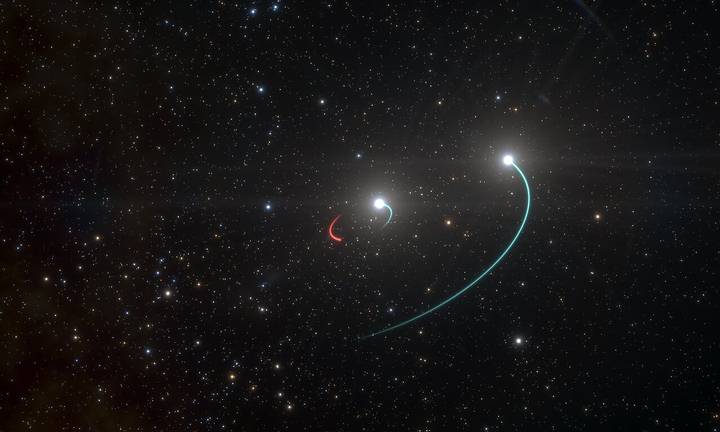 A newly found black hole may be the closest to our world. And your cosmic home can be sighted in the night sky without the need for a telescope.

Located 1,000 light-years away, in the small southern constellation Telescopium, the black hole belongs to a system with two stars that are bright enough to be seen with the naked eye.

Unlike these stars, black holes are literally invisible, however, being massive objects with an enormous gravitational force from which nothing – not even light – can escape, what happens around them can betray their presence.

By studying what they thought was just a binary star system (two stars orbiting a common center of mass) using the 2.2-meter MPG / ESO telescope at La Silla Observatory, Chile, astronomers noted that the binary, known as HR 6819, was being influenced by a third hidden object.

By observing the system for several months, they were able to deduce that one of the stars orbited the invisible object every 40 days, while the other did so at a much greater distance. They also calculated that the object in question was a black hole with a mass four times greater than that of our Sun.

“An invisible object with a mass at least four times our own can only be a black hole”, Thomas Rivinius said, ESO scientist and lead author of the new study. “This system contains the closest known black hole to Earth.” 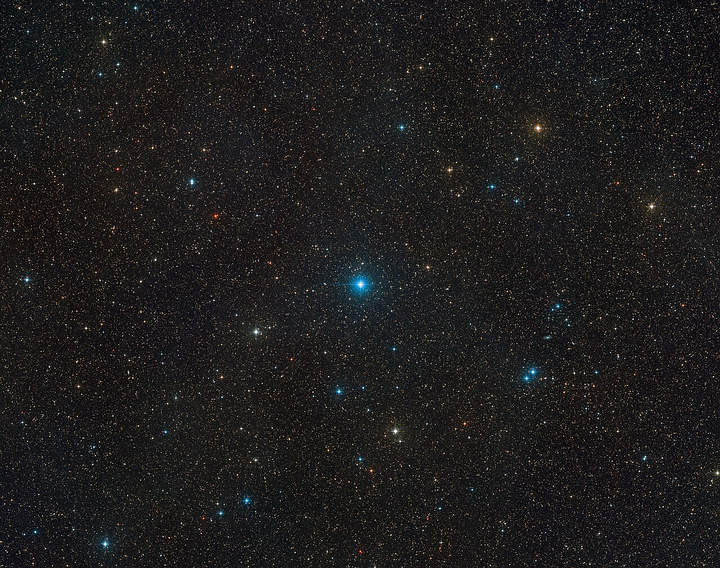 This wide-field image shows the sky region, in the constellation Telescopium, where HR 6819 is located, a triple system consisting of two stars and the closest black hole to Earth ever detected. This view was created from images that are part of the Digitized Sky Survey 2 sounding. While the black hole is invisible, the two stars in HR 6819 can be seen from the southern hemisphere on a dark, clear night without a binocular or telescope. Credit: ESO / Digitized Sky Survey 2. Acknowledgment: Davide De Martin.

The next of these cosmic monsters is 3,000 light years away in the constellation Monoceros. But there could be others swarming closer to our home that have yet to be detected. In fact, astronomers estimate that there are millions of black holes in the Milky Way alone.

The one in HR 6819 is one of the first stellar-mass black holes found in our galaxy that does not release X-rays by violently interacting with its companion stars, and the current discovery could help researchers find more of these types of objects. « silent ».

“There must be hundreds of millions of black holes out there, but we only know a few,” Rivinius concludes. “Knowing where to look should put us in a better position to find them.”

Sky watchers in the southern hemisphere can see the HR 6819 system in the night sky without the assistance of binoculars or telescopes.

“We were surprised to realize that this is the first system with a black hole that we can see with the naked eye,” said Petr Hadrava, scientist emeritus at the Academy of Sciences of the Czech Republic in Prague and co-author of the study. 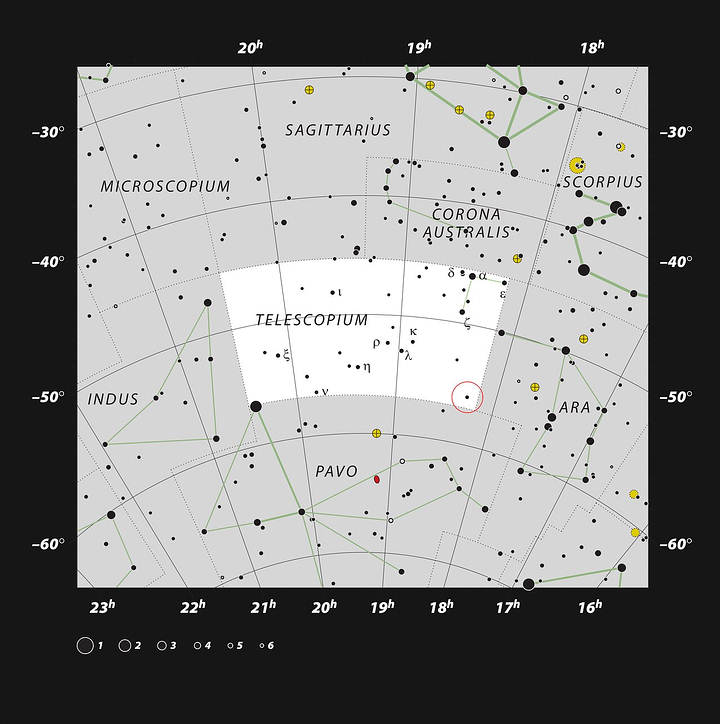 This graphic shows the location of the HR 6819 triple system, which includes the closest black hole to Earth, in the constellation Telescopium. On this map you can see most of the stars that are visible to the naked eye under good conditions; the system itself is marked with a red circle. While the black hole is invisible, the two stars in HR 6819 can be seen from the southern hemisphere on a dark, clear night without binoculars or a telescope. Credit: ESO, IAU and Sky & Telescope.

The star duo appears as a single star in the Telescopium constellation, near the edge of the Pavo constellation. On the magnitude scale, where smaller numbers denote more brightness, dimmer objects visible to the human eye have a magnitude of 6.5. Currently shining at a magnitude of 5.4 – just slightly more than Uranus, the dimmest planet visible – HR 6819 is bright enough to be seen from our planet.

In this article:black holes, Telescopium constellation