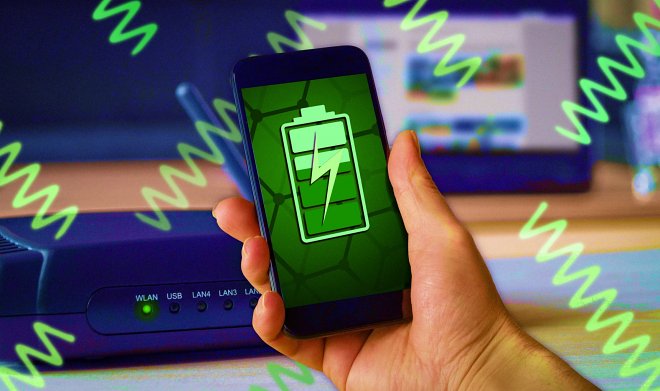 In its current form, wireless charging technology is not much different in efficiency from the usual one: a rechargeable gadget must be in contact with the charger. Moreover, the space around us is literally filled with “ownerless” radiation, which is a source of energy.

A team of researchers at the Massachusetts Institute of Technology (MIT) presented drawings and diagrams of a system with which you can capture energy from various electronic devices, including Wi-Fi signals, and use it to charge other devices.

We are talking about terahertz radiation in the range of the electromagnetic spectrum between infrared and microwave radiation. At first glance, it might seem that this is a real energy “gold mine” – however, as practice shows, “developing” it is not so simple.

A device developed at MIT – a terahertz rectifier – provides such an opportunity. It consists of a small graphene square with a layer of boron nitride (BN) underneath and with antennas on both sides. The antenna picks up radiation in the terahertz range, capturing the signals passing through graphene, which in turn causes the electrons in graphene to move in one direction, creating a constant current. 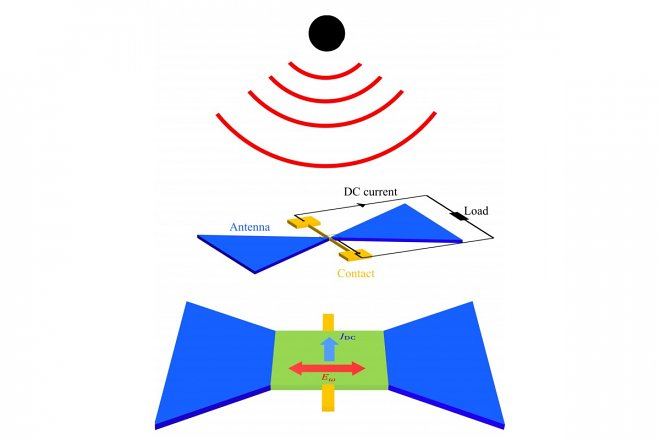 According to the researchers, graphene should be as pure as possible, since any impurities “scatter” the electron stream. A layer of boron nitride prevents this. Usually, the electrons in graphene uniformly “scatter” in all directions, but the boron and nitrogen atoms in the blocking layer accumulate them in the same direction.

It is likely that the performance of the terahertz rectifier will be small, able to satisfy the energy demand of only small devices – at first it could be electronic implants (for example, pacemakers).

The ultimate goal of the development of the MIT team is to create a technology that will provide passive recharging of mobile devices in the process of their operation.

Advertisement. Scroll to continue reading.
In this article:graphene, Wi-Fi signals