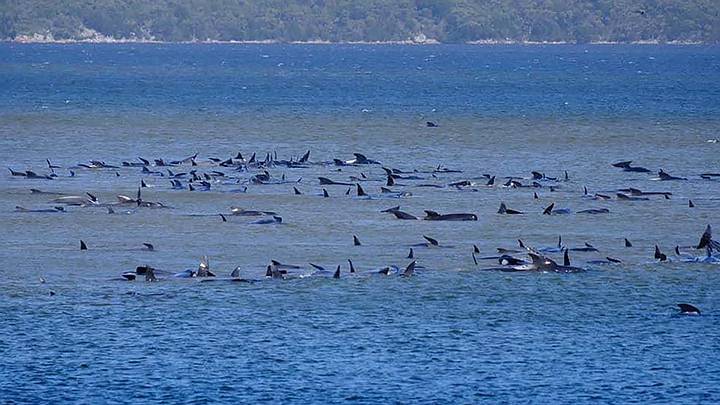 Since the beginning of the week, a massive rescue operation and 60 volunteers have been day and night alongside an unusual number of pilot whales stranded in a bay. It is the largest event of its kind ever recorded on this Australian island.

Last Monday, some 270 pilot whales were found stuck in the sandbars along Strahan Beach, a coastal town around Macquarie Harbor in Tasmania. And as rescuers tried to return the survivors back to the ocean, aerial images revealed a similar scene not far from there.

Another 200 were stranded at a distance of between 7 and 10 kilometers to the south, in darker waters, bringing the total number of these cetaceans to 470, as reported in a statement the Tasmanian government’s Department of Primary Industries, Parks, Water and Environment. 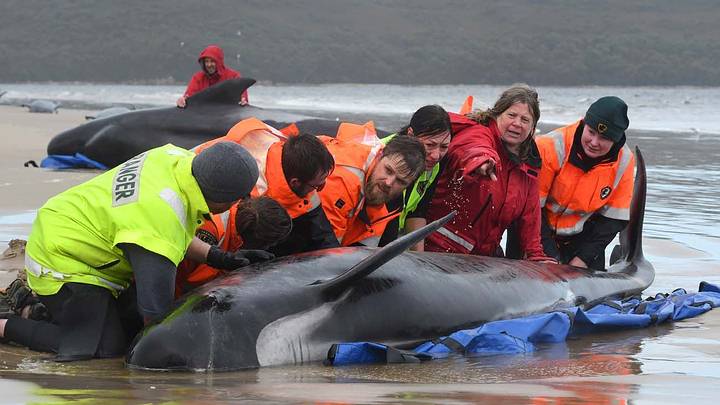 “From the air, most of the additional whales detected appear to be dead, but a boat was sent there this morning to corroborate it from the water,” Nic Deka of the Parks and Wildlife Service (PWS) told the BBC.

Rescuers have so far managed to save 40 of these creatures and are working on another 30 that are stranded and still fighting for their lives. 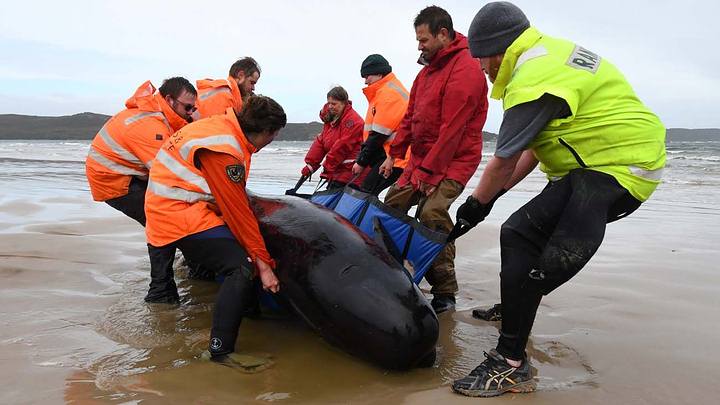 However, the strong tide has made tasks at the site difficult, with even some whales being brought back to shore. In addition, the solidary temperament of the whales with their group has not contributed either: if one of them is rescued, sometimes they do not leave for good, hoping that their friends will suffer the same fate as her, and then they are buried again. The constant pressure against the sand can crush your organs.

“Our focus is on the animals that are still living,” Deka said. “Mortality has been growing, but there is still a significant number that can be saved.”

Before this mass stranding, the largest event on record in Tasmania had occurred in 1935, involving 294 long-finned pilot whales off the coast of Stanley, a town on the island’s northwest coast. “This may be the largest ever to take place in all of Australia,” said Karen Stockin, associate professor at Massey University in New Zealand. “Globally, it would be ranked third or fourth” 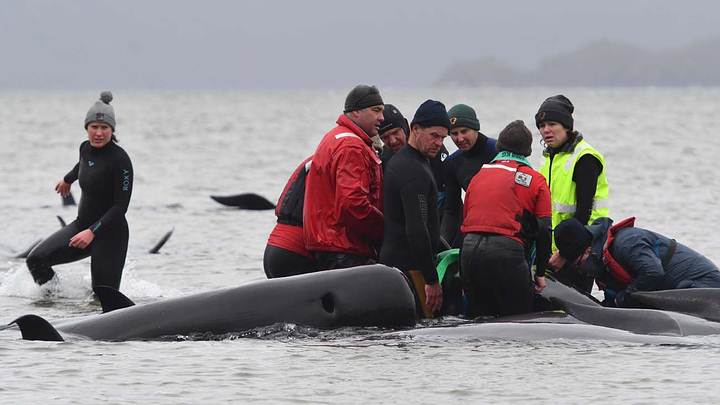 The largest ever documented stranding in the world took place in 1918, when 1,000 whales were trapped in the Chatham Islands, about 500 miles east of New Zealand.

Scientists still don’t know exactly why massive groups of these marine animals are stranded. One hypothesis is that pilot whale echolocation (the use of sound waves to locate objects) does not work well in shallow waters, near coastal slopes. This is in addition to the fact that they are very social creatures, living in closed communities. It is possible that if one of the whales becomes disoriented, the others will follow.