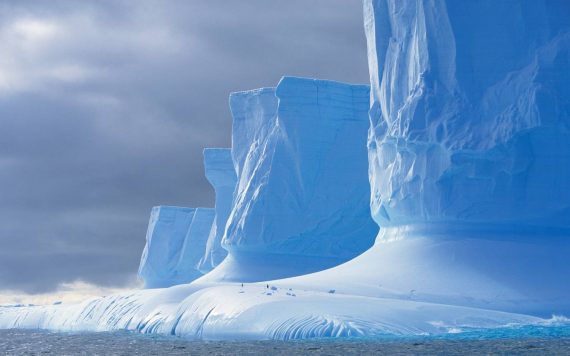 In the furthest and coldest region of the southern hemisphere of our planet, the highest, coldest, driest and most isolated place on earth extends. Antarctica is a vast land of mountains, ice, tundra and an extreme and inhospitable cold that has kept it relatively unexplored and uninhabited even almost 200 years after its initial discovery.

However, as technology improves and humanity’s growing desire to push the limits of our understanding of our planet drives us forward, we are beginning to scratch the surface of the myriad mysteries of Antarctica. What we are discovering is that the most remote and extreme continent on Earth is even stranger than we had thought. All kinds of oddities, from Nazi bases, crashed UFOs, bewitches, to ghost ships that appear to have appeared out of nowhere have been claimed in this remote place,

Before entering it, it may be important to first understand how vast, forbidden and inhospitable is this kingdom. Antarctica covers an area of ​​14.0 million km2 (5.4 million square miles), which is roughly twice the size of Australia or one and a half times the size of the United States, making it the fifth largest continent in the world.

Although it is 98% covered with ice, which is more than a mile thick in most places, Antarctica is considered one of the driest places on earth, with only 200 mm (8 inches) of annual rainfall along its coast and even less. inside. The cold on this wind-whipped land is amazing, with recorded temperatures reaching a deadly -89 ° C (-129 ° F). For this reason, the human habitation of the continent is limited and there are no permanent settlements.

For such a large landmass, Antarctica has long been a mere myth, a lost land that was once known as Terra Australis Incognita, or the “unknown Southern Land,” whose existence for a long time remained almost a legendary quest and the fate of many failed expeditions to locate it. Although speculation and legends from its existence go back a long way, and some of its icebergs and satellite islands were discovered, the Antarctic continent was not really discovered until 1820, when a Russian expedition was discovered by a Russian expedition led by Fabian Gottlieb von Bellingshausen and Mikhail Lazarev on board of Vostok and Mirny.

Even after this discovery, the frozen continent remained largely neglected and forgotten at the bottom of the world, since no one was willing to face the extremely hostile conditions of this unexplored and extreme desert. It was not until 1911 that the first human beings successfully penetrated the interior of Antarctica,

In the following century, Antarctica remained largely a kingdom of cold and unexplored ice and little understood, and only recently has it been that the improvement of technology and satellite images have helped us begin to really scratch the surface of its frigid mysteries. Even so, the mysteries of Antarctica are profound, and what we are discovering here, deep in the world, mostly raises more questions than answers.

As we look deeper into the ice and further explore the edges of what we know about this hostile and dangerous place, Antarctica is proving to be much more than the huge chunk of ice it once thought it was. However, among all the genuine discoveries that are made all the time are the most marginal accounts, and this is where we get to the alien skulls. 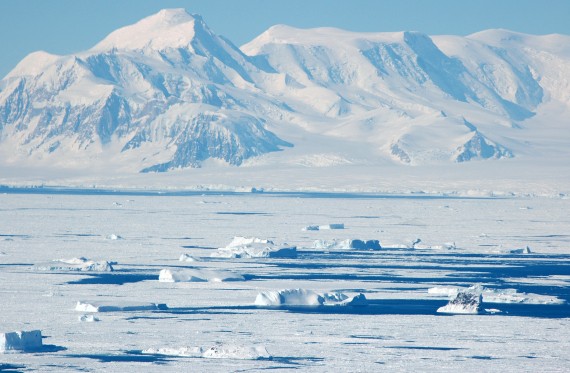 In 2014, a seemingly surprising and shocking story began to circulate when it was announced that in this desolate and desolate wasteland, supposedly in the area of ​​what was called La Paille, Antarctica, three unusual skulls were discovered, which are described as elongated skulls. and enlarged eye sockets and possibly up to a thousand years.

Giving importance to the story was that not only were these strange skulls extracted, but they were discovered by the respected Smithsonian archaeologist Damian Waters and his intrepid team. Waters was cited in the initial articles on the subject and proclaimed enthusiastically:

We simply cannot believe it. Not only do we find human remains in Antarctica, we find elongated skulls. I have to pinch myself every time I wake up, I just can’t believe it. This will redefine our vision of the history of humanity as a whole.

As soon as the story came to light, there was immediate speculation about what everything could mean. One idea was that these were the remains of ancient people who practiced deformation of the skull, a tradition present in some cultures in which the skull is tied or otherwise impeded in its growth to cause it to deform for various religious or cultural reasons.

If this were true, it was seen as an amazing discovery since the age of the mysterious skulls would suggest that humans had visited Antarctica long before the oldest known human discovery of the icy continent. Of course, there was also the idea that these were not human skulls at all, but rather the remains of beings aliens or even human hybrids-aliens of some kind

These elongated skulls are much, much larger than normal human skulls would be. Intentional cranial deformation can change the shape of a skull, but it cannot increase the volume of the skull. In addition, these skulls have many other important physical characteristics that differentiate them greatly from normal human skulls. 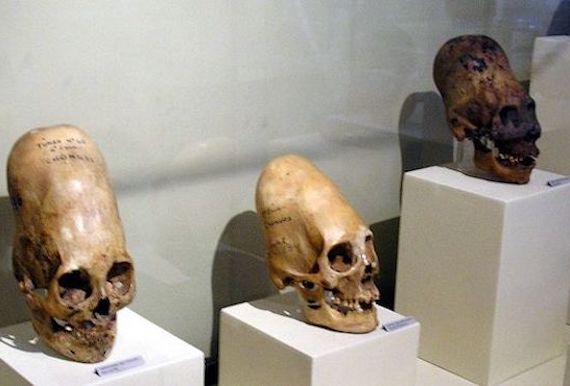 Abnormal skulls on display in Peru

The strange story soon went viral and was being discussed everywhere, but if you’re skeptical about the possibility of ancient alien skulls buried in Antarctica, then you’re not alone. While many on the Internet were buying the fantastic story, the line and the plumb line, only aided by the supposed scientific pedigree of those who discovered them and their apparently authorized statements on the subject, others were not satisfied and began to see cracks in the whole thing .

One of the things that was noted is that it is not clear if the place where it is said that the skulls were found, La Paille, is even a real place. Jason McClellan of openminds.tv said that “Approximately ninety-eight percent of the continent of Antarctica is covered by ice. Antarctica has research stations, but no cities, so it is not clear where La Paille, Antarctica is supposed to be. ” Blunter is still an article on the site Skeptophilia, which discards it as a real place, saying:

There seems to be no region called La Paille in Antarctica. Paille is French for straw, something that I have not seen much in the photographs I have seen of Antarctica, so it is a bit difficult to see why anyone would name a place down there, La Paille.

If this is not a real place, then it already sends a red flag about the veracity of the report. Perhaps even more dazzling is that the story originates with an article entitled “3 elongated skulls found in Antarctica,” published on April 2, 2014 on an entertainment news site called American Live Wire , which has been criticized for publishing fake news in the past, and this piece was followed by an almost identical article in World news daily, which is also not considered the most reliable source.

Both articles show the same images of the skulls and make the same statements, and neither of them provides any concrete source of their information, which is made even more interesting because it has been discovered that Smithsonian himself has never published an account of the discovery . If it’s such an innovative discovery, why would it only be published on these two questionable news sites and not on the Smithsonian’s Newsdesk ? Instead, each story about Antarctic skulls goes back to these two original articles, the first of which was published on April 2, just around April Fools’ Day. 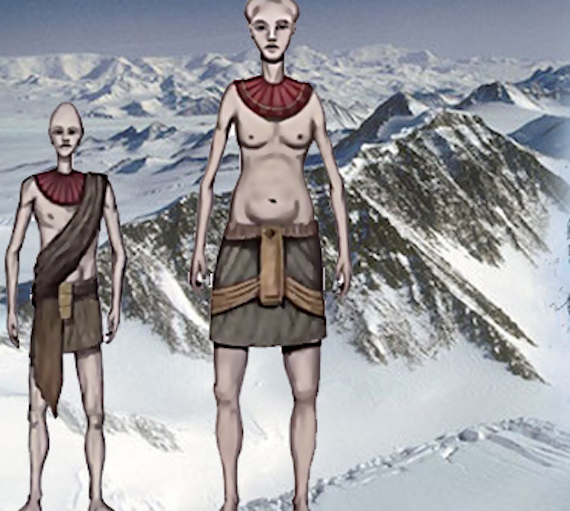 There is more. When Skeptophilia He did his own research on the history, they did not have to investigate much to discover that the images of the skulls in the two original articles were not only images of completely different elongated skulls stored in the Ica Regional Museum in Peru, but nowhere could they find some evidence of Damien Waters with the Smithsonian.

Taken with everything else on the whole issue and it becomes easy to imagine that this was probably a completely invented account that managed to break through people’s minds with the promise of extraterrestrial mysteries in this distant icy domain and then assumed a life of its own. Skeptophilia I’d rather say in a funny way about Waters and his alien skulls from Antarctica:

I suspect that he (Waters) was invented, along with the skulls and La Paille and everything else about the story. It’s a shame, really. Given the prestige that Antarctica has, it would be great if there were some kind of strange mystery there, or at least something more than penguins and leopard seals and strong winds and a lot of ice.

Yes, it would certainly be great, and Antarctica is one of those places that awakens the imagination about those things. Despite all the skepticism, there are still many people who consider the idea that these skulls are real, and one does not have to look far to find chat rooms and threads dedicated to that conversation, with accusations of cover-ups thrown. generously In the end, all the evidence shows that it is very likely that it was an elaborate hoax of some kind, however,

it is curious to see how much the public is willing to cling to those false stories and keep them as real without really checking the facts. Were there ever alien skulls in Antarctica? Maybe, maybe not, but regardless of the truth,

In this article:alien skulls, Antarctica