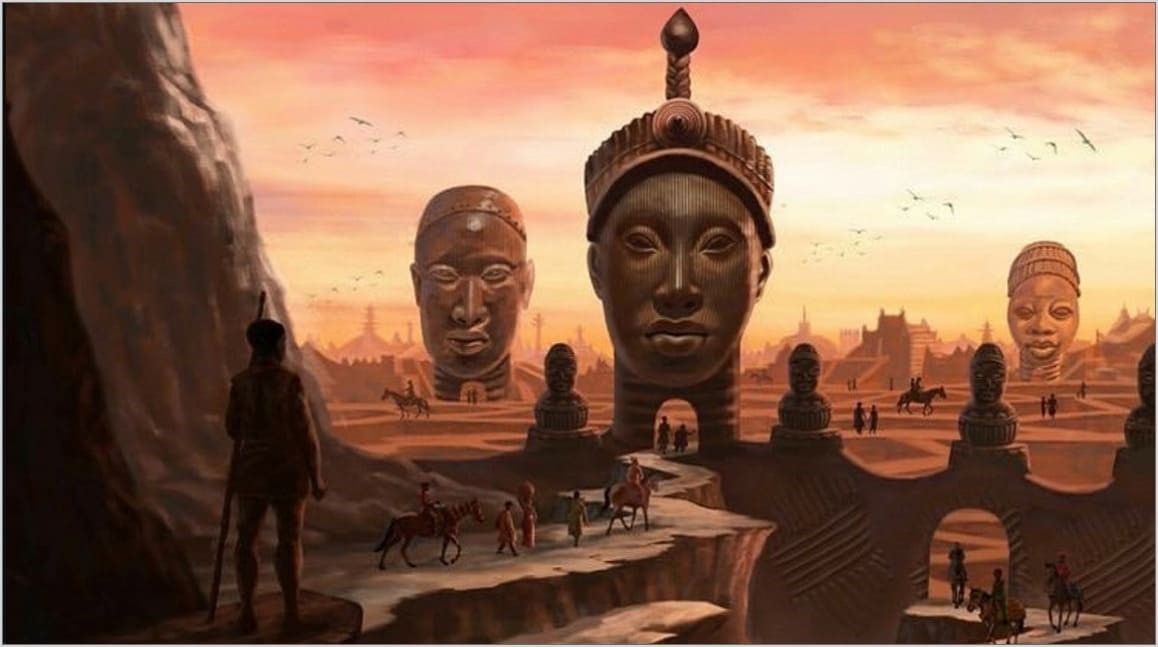 Everyone has heard of the Great Wall of China, but very few people know about the Walls of Benin. These walls are one of the largest artificial structures that have ever existed in human history.

They are located in Benin City, Nigeria. Although few of them remain now, they once reached a height of 18 meters and bypassed an urban area of ​​1,191 square kilometers.

The walls of Benin are one of the clearest proofs of the existence of highly developed countries in sub-Saharan Africa in ancient times.

Most of them suffered not from the weather but from the damage inflicted on them by British troops in 1897. Since then, they have collapsed and become unusable. They have been under state protection since 1961, but most of the area requires urgent conservation work, otherwise the walls will be lost forever.

They consist of inner and outer round walls surrounding a plot of royal land, as well as earthen ramparts and ditches.

The first historical information in Western sources about this structure can be found in records from 1500, when the Portuguese researcher Duarte Pacheco Pereira described them after returning from a trip to Africa. Almost 100 years later, another researcher, Dirk Reuters, also visited Benin City and gave his description.

Interestingly, the descriptions of Pereira and Reuters are quite different. Pereira only mentions that the city is surrounded by a huge moat, while Reuters describes not only wide moats but also large earthen ramparts. Archaeologists believe that Pereira made a mistake in his description and mistaken the earth’s walls for another part of the moat.

No one knows for sure when and by whom these walls were built. Historians estimate the interval between the 1st millennium AD and 1500.

Archaeologists estimate that with a 10-hour workday and up to 2,500 workers, it may take about 200 days to build. And even without taking into account the time for collecting materials and transporting them to the site, such a monumental event speaks of a complex and organized culture.

The walls of Benin are being torn down not only because they were damaged by the British and have not been rebuilt for many centuries, but also because the locals are actively stealing their materials for their own construction needs.

Ethnologist Ron Eglash believes that the layout of the ancient city of Benin and its walls were complex, and that its builders used fractals as a basis.

He also notes with bitterness that when Europeans first go to Africa, they consider the local architecture to be very disorganized and therefore primitive. It never occurred to them that Africans could use mathematical forms.

The Guinness Book of World Records (1974 edition) describes the Walls of Benin and the surrounding kingdom as “The largest excavation work in the world before the machine age“. It is also one of the first cities to resemble street lighting, with huge metal lanterns built and placed throughout the city.

The size and construction of the Walls of Benin combine to create a very high and thick shield around the city. It was reliably protected from external aggressors and was able to thrive.

The city was really rich. Benin City has long been known for its special “bronze” dating back to the thirteenth century, which, although actually made of brass, is a very intricate and beautiful work of art.

In addition, the city has created wonderful ivory and wood products. From the 15th to the 18th century, the city of Benin maintained good trade relations with Portuguese merchants.

In the eighteenth and nineteenth centuries, the Kingdom of Benin was torn apart by political struggles and strife between members of the royal family, which encouraged civil war.

When the slave trade appeared there in the 16th century, the city began to decline, the inflow of money decreased and the kingdom began to lose territory. In 1897, the British defeated and plundered Benin City as it joined its colony of Nigeria, from which the city never recovered.

In this article:Kingdom of Benin, Nigeria