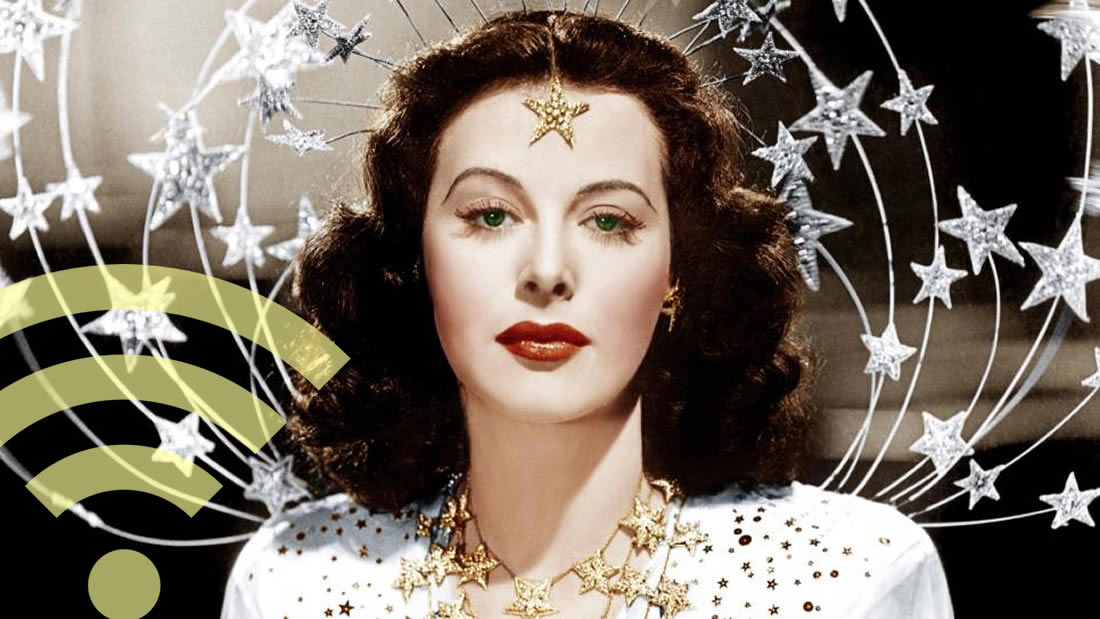 Hedwig Eva María Kiesler, better known in the artistic world as Hedy Lamarr, is originally from Vienna. She was born in November 1914, to a family whose father was Jewish and the mother of Budapest. Let’s see, how this Hollywood actress invented the Wifi.

A glimpse into the life of Hedy Lamarr

Since she was little she was brilliant, being a very good student, to the point that her teachers considered her gifted. Her mother was a pianist and therefore instilled in her the love of art, coming to play the piano perfectly.

First, let’s take a look at her career in the world of performing arts.

She made herself known by participating in various films. Among her most outstanding films are:

With regard to her formal studies, she began at a young age her training in the engineering area, which she abandoned for acting. However, she always expressed great interest in science and a desire to help improve communications.

Being Jewish and having the contacts of her first husband, who was an arms manufacturer, she decides to collaborate with the United States. Her way of helping consisted in providing the confidential information that she had, thanks to the relationships of her first marriage.

A few years later, she resumes her engineering career in order to contribute to military upgrades for secret communication.

The actress, together with the composer musician George Antheil, created a remote-controlled torpedo detection method, which arose from the musical knowledge of both. Its operation was based on eighty-eight (88) frequencies, simulating the piano keys, which allowed to avoid signals of transmission between the frequencies of the magnetic spectrum.

Then, the novel invention consisted of a radio emitting equipment, synchronized with another device with the same characteristics. This allowed the detection of remote-controlled torpedoes, which are known as magnetic spectrum and was patented under the name of Secret Communications System.

It was implemented in the United States for the first time when the crisis with Cuba arose. Later it became the basis for the promotion of the techniques of anti-missile defense, being tested by the American company Sylvania Electronics Systems Division. The mentioned company was the one who, in some way, was in charge of promoting its development.

In the United States, the government adopted the magnetic spectrum, for the change of frequencies and in order to control the tracking buoys. Similarly, it was used for military strategies such as missile targeting, after constant advances, in the Vietnam War.

And it is in the year of 1980 when it began to be given civil use, being used in wireless communications in which it was necessary to share data through light, today called Bluetooth.

In that same decade of the eighties (80) the advances in digital technology paid off, thanks to the innovation of the artist. It was possible to establish the invention of mobile phones and wireless communications, better known as Wifi, as well as great advances in GPS.

Regarding the Wifi, its foundation is technically an extension of the spectrum, due to a direct sequence (DSSS).

In this article:Hedy Lamarr, WiFi