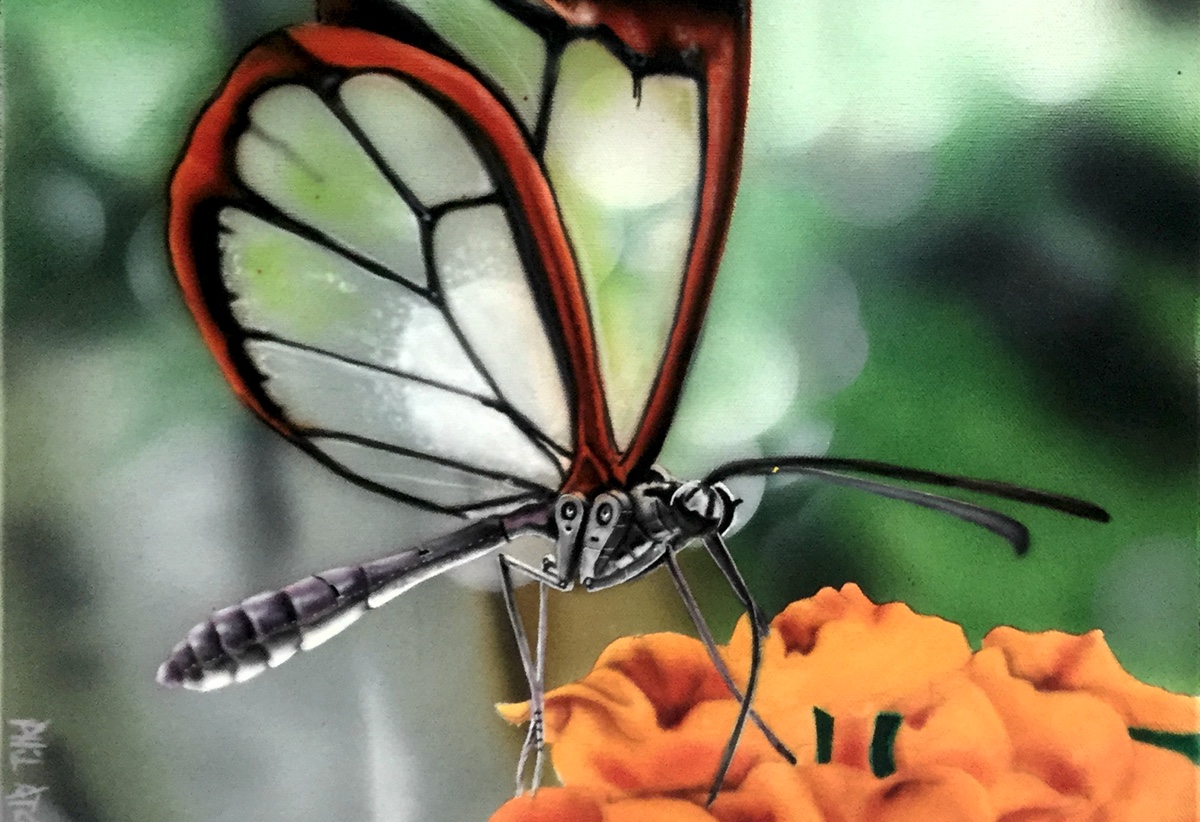 Chinese developers have demonstrated light polymer wings for insect robots: without requiring any power, they wave themselves, under the influence of light.

Creating more and more miniature flying vehicles, engineers are experiencing more acute difficulties with their power – perhaps the most massive and voluminous part of such systems. It is not surprising that the developers are constantly experimenting with a variety of non-standard ways to provide their “insect” energy.

A new innovative approach to solving this problem was demonstrated by Ningyi Yuan and Jianning Ding and their colleagues from Changzhou and Jiangsu Universities. In an article published in the journal ACS Applied Materials & Interfaces, Chinese developers describe the “Flexible Bio-Butterfly Wing” (FBBW), which allows the wings of an aircraft micro-wave to flap independently, under the influence of ordinary sunlight.

FBBW consists of a flexible polymer film, the upper surface of which is covered with a thin layer of nanosized metal crystals. Radiation incident on this surface heats the wing and causes its structures to expand. In this case, the polymer – fluoroethylene propylene (fluorinated ethylene propylene, FEP) – expands stronger than the upper metal layer, causing the structure to deform.

As soon as the wing is twisted, its upper surface is in shadow. It instantly cools down and straightens out, ready for the next cycle of work. In tests, the FBBW prototype was fixed at one end on a fixed base, causing the wing to bend and flap.

Varying various parameters of its work, engineers achieved a wave frequency of almost 4.5 Hz – more than that of real living butterflies. The authors have demonstrated some real ways to apply FBBW technology, including a miniature floating machine and a generator that generates electricity from the wings of the “solar wing”.